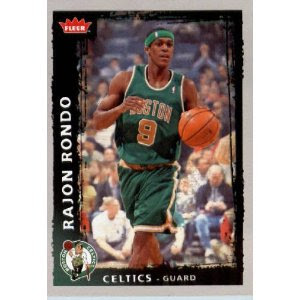 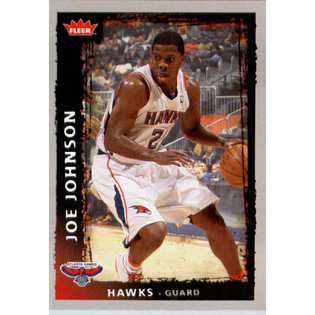 The basic card has the Fleer logo in the upper left corner of the card front with a silver outer border and a black inner border that turns to the primary color of the player's team in the bottom left.  Speaking of, this is where you will find the team logo.  The team name and player's position is along the bottom of the card front with the player's name vertical going from bottom to top on the left side. 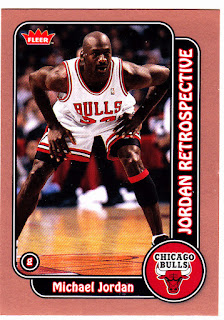 The back contains the stats for each year the player has played as well as their name, position, team name, and team logo.  The card back is oriented in the "portrait" style.  The font is very small so  those among the older crowd might want to have their magnifying glass handy.  This also creates quite a bit of wasted space.  I would have also liked to have seen personal info such as weight, height, draft information, and college. 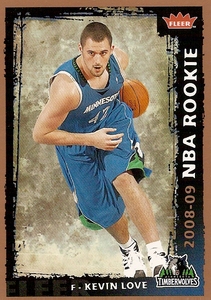 There were two versions of rookie cards.  The gold bordered versions shown above and those replicating the 1986-1987 Fleer set.  No issues with either of these.  The player pictures are studio "action" shots but are done well.  Also included in the set were three Michael Jordan retrospective cards.  I'm all about retro and I haven't seen much of Jordan in card sets so it was a nice bonus. 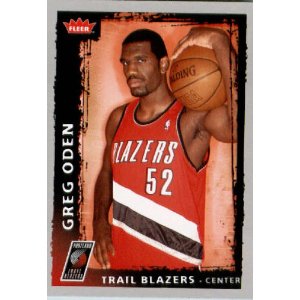 There isn't any one feature of these cards that stands out but I do like these cards.  I could definitely see myself buying more.  The card backs were a little disappointing in I had to squint to read them but I still like the visual styling.  Again pick up a pack if you like basketball cards.
﻿
Posted by Bulldog at 7:45 PM