A buddy of mine had some old cards his mom and had dug out of his old room and was nice enough to give them to me.  Nothing too spectacular but there was a 1993 Upper Deck Factory Set among the cards.  I wasn't sure what to do with it but decided to open it up and grab those cards that mean something to me instead of selling it as a whole.  I'm glad I did.  The cards were stuck together after all these years.  The majority had some damage to them from me pulling them apart but many came out in great shape.  It was pretty random as to what cards were and weren't damaged.  Still it was exciting to look at the all the cards, many of which I've never seen before.

The base cards themselves have great pictures and I've showcased a few here.  The downside is the format for the fronts.  Upper Deck went away from their small Upper Deck logo to having the full name at the top of the card and the only thing at the bottom was the player's name in gold script, team name, and position.  The names are hard to read and while the team name is a bit easier to see there really wasn't much thought put into the design.  I will give cudos for allowing the photos to take center stage. 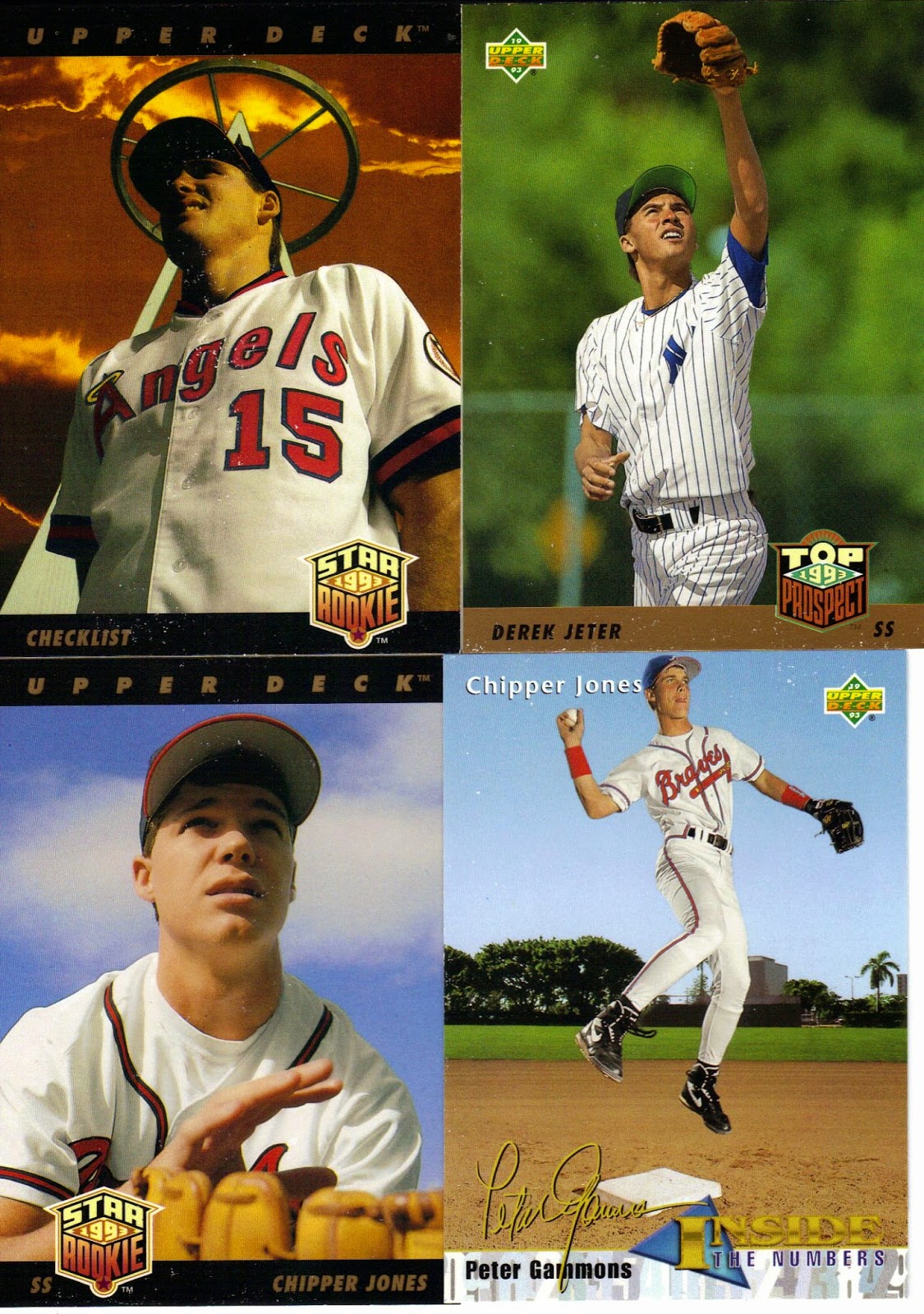 The backs of the cards are actually a plus containing a good sized different picture which is in color.  Below that are the player's stats from their last five seasons.  The set itself contains a wide variety of cards to include award winners/season leaders, a Peter Gammons subset of rookies, star rookies, top prospects and teammate cards.  It made for a very well rounded set that again has great photographs which helps make up for some of it's shortcomings.  It was also fun seeing all the players from yesteryear.  Bottom line is it was lots of fun for me which is all I can ask for.
﻿﻿ 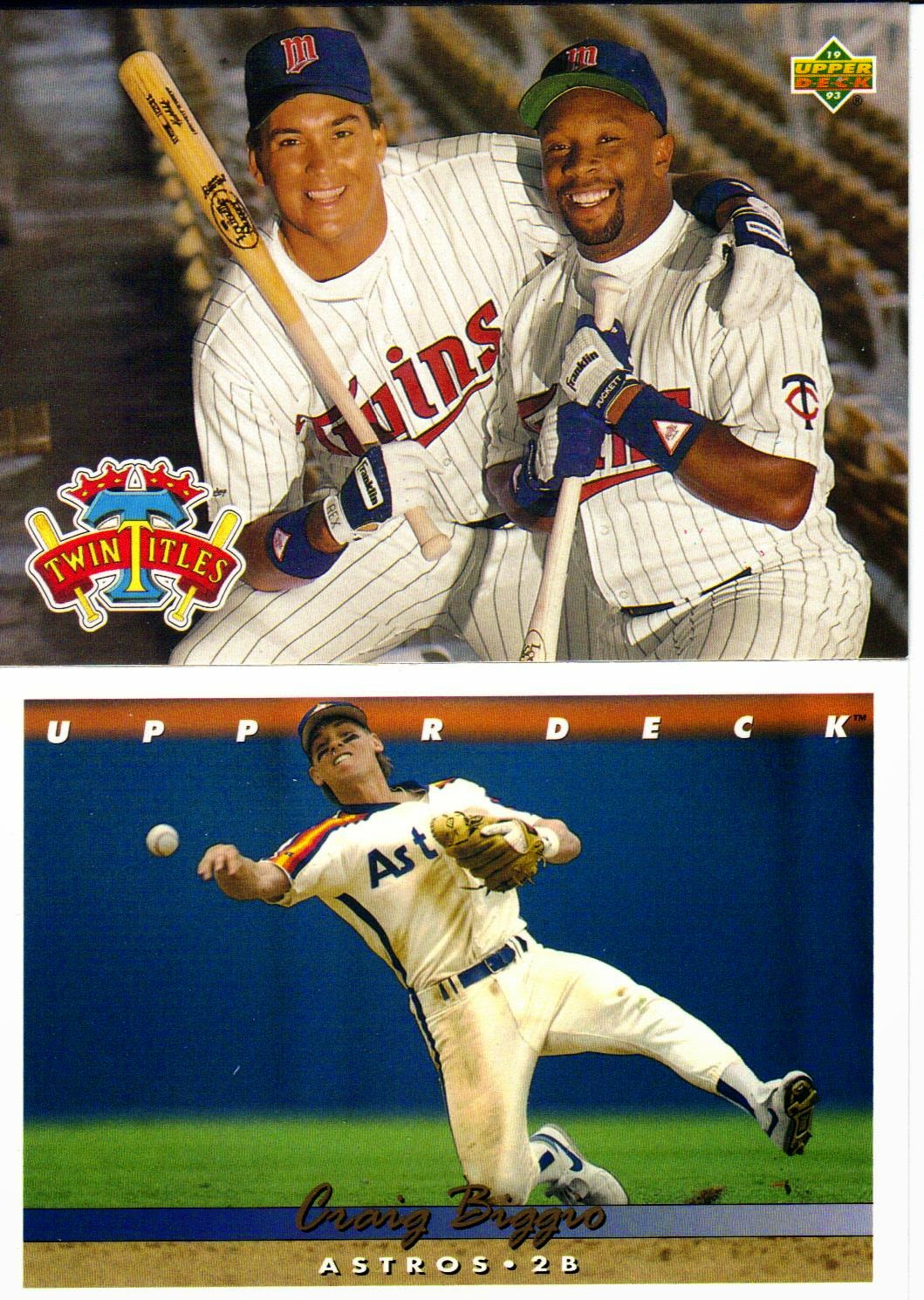