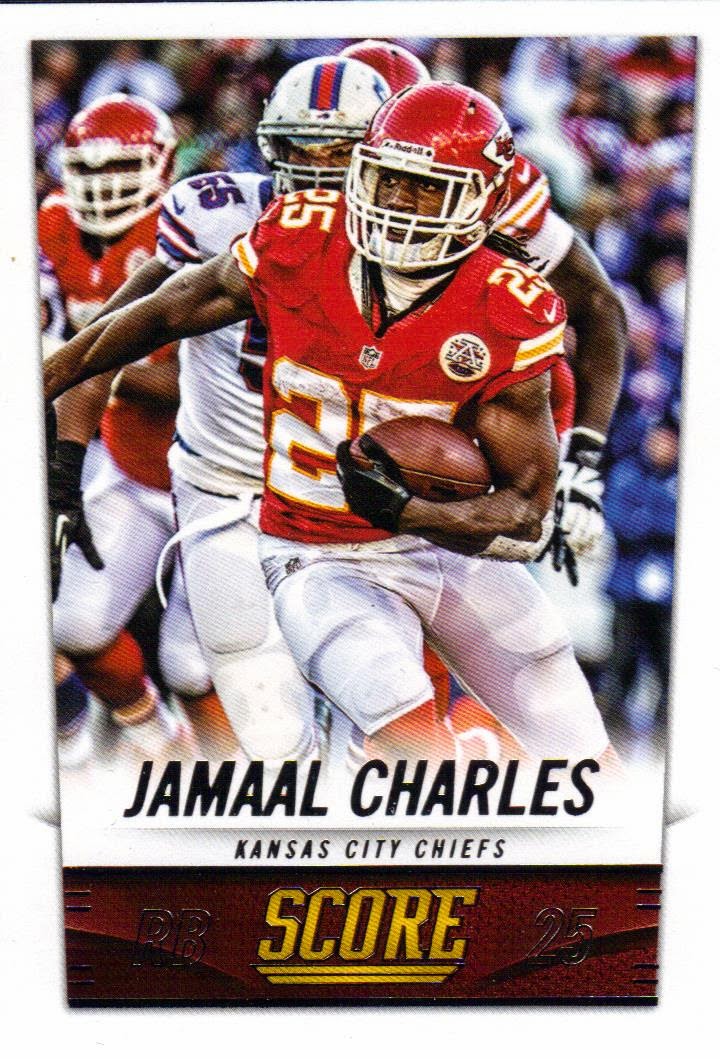 I've had the 2014 Score football cards for some time now.  They came 52 to a pack but I can't remember if I paid $4.99 or $5.98 for these.  Either way 52 cards is nice big number.  The fronts have plenty of room for the photographs which are all good.  At the bottom the player's name and team name are silver embossed.  This makes it a little tough to read at certain angles.  Below that is colored in team colors with the word Score in very large letters.  To either side of that is the player's position number and jersey number outlined in silver.  These are easier to read than it looks in the pictures.  Not a bad looking front for a card but I'd like to see a team logo and a smaller font on the word Score.

The backs have the card number and player name at the top with his position and college below that.  A write up follows and a good sized team helmet and the player's info is next - ht, wt, born, drafted.  Next are the stats from the last 3 seasons.  A nice back and I really like the large team helmet.  I might have done some things differently but I'll give them props for at least trying. 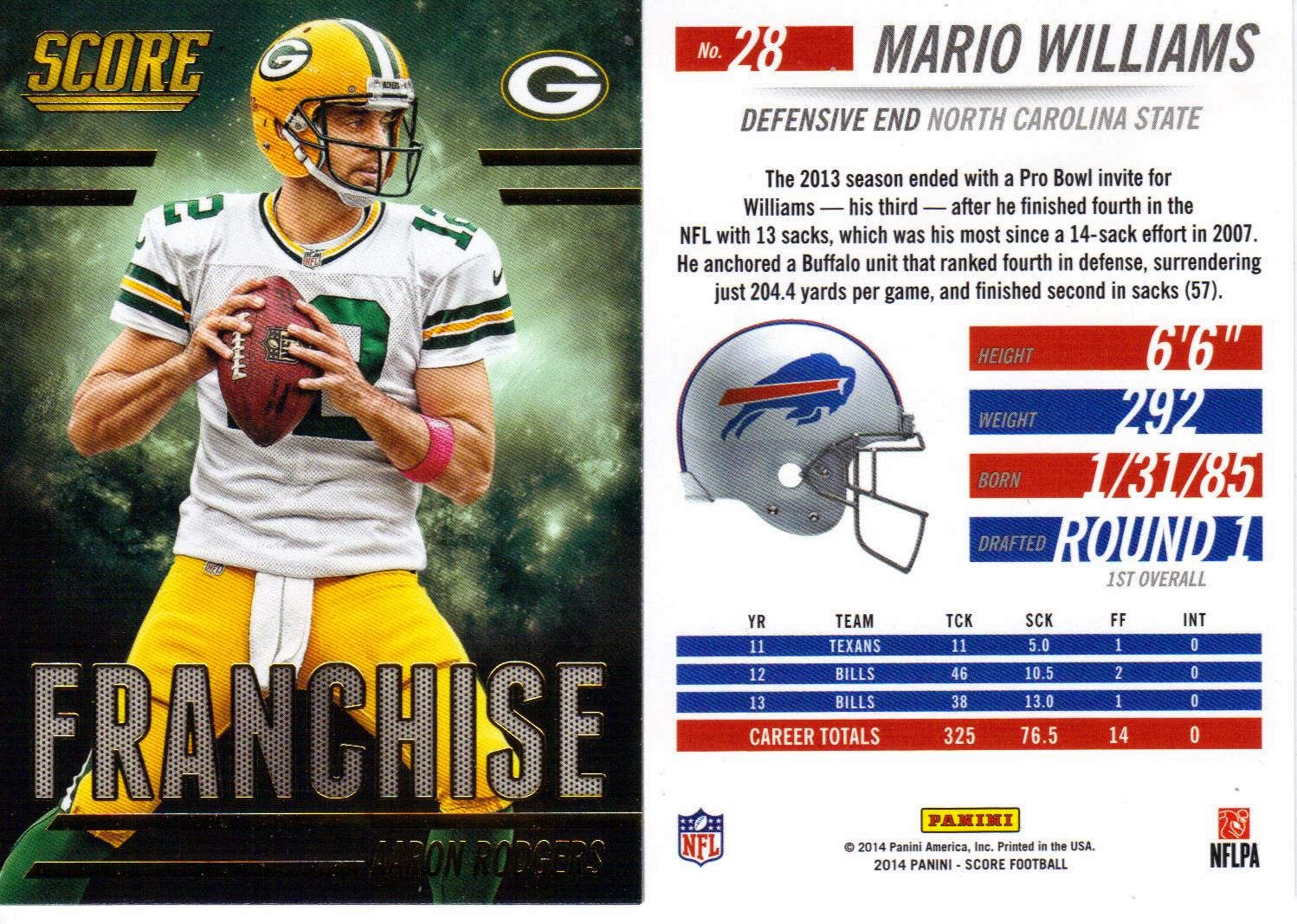 A "Hot 100" subset is part of this set.  It seems as though the only real difference is a different photo and the Hot 100 logo on the front.  I liked this set though I can't say there is any one thing that stands out.  I did like the Franchise card and might look for some more of those.  I'll definitely pick more of this set up as I get a chance. 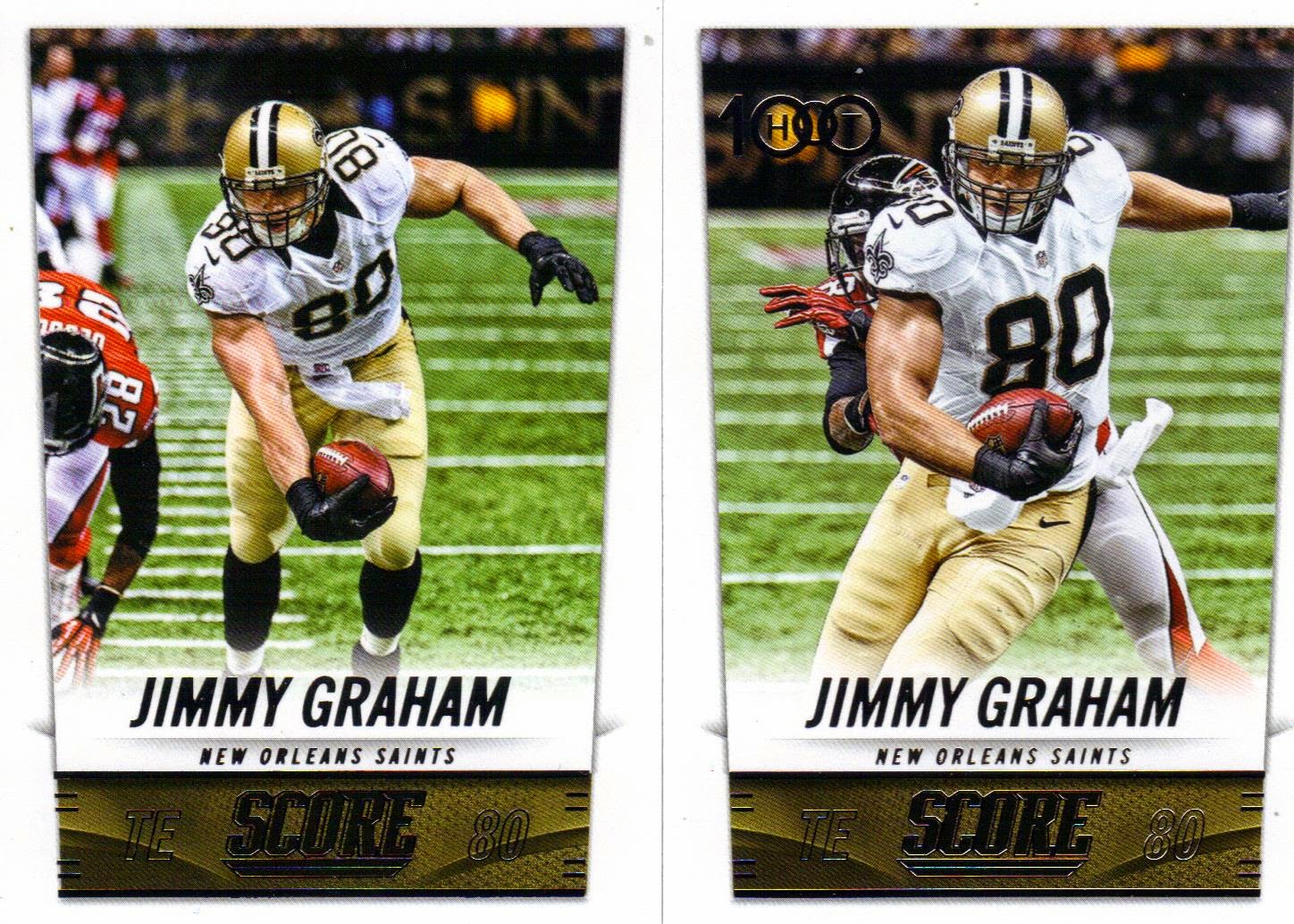