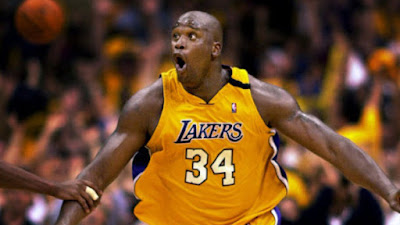 Shaq is a no-brainer.  His stats, awards  and championships stand on their own.  After Kareem, he is probably the most dominating center of my NBA fandom.  He didn't have the fancy moves of Hakeem but he didn't need them.  He'd just bully his way to the rim and if he didn't make the shot he was probably going to the line for free throws which in itself was a show.  Heck, he was always a show. He had a fun personality to go with his play.  Some got tired of it but basketball is a show and he enjoyed being the center of attention.  Again he deserves all the accolades. 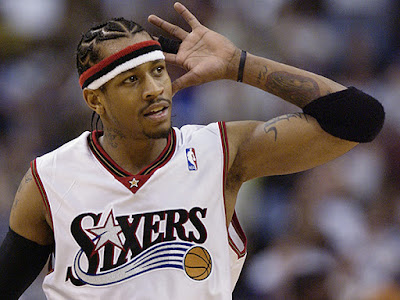 Allen Iverson I definitively have heartburn with.  I get that Iverson was a great scorer at the point and was probably a one man show when he drug the Philadelphia 76ers to the Finals but that man couldn't shoot.  He shot 42% for his career.   Maybe I let his personality get to me or maybe I put too much emphasis on shooting percentage but I just don't see him as a hall of famer. That said the man could score as he retired with a 26.7 points per game average over 14 seasons which is seventh all-time.  He led the league four times and was in the top five eight times.  He also managed to be top 10 in assists four times.  So while I don't get it, I do get the argument and good on Iverson. 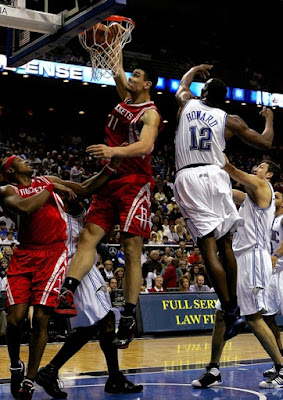 Yao Ming was voted in by the International Committee.  Some have stated that Ming isn't a hall of famer and that might be true in most hall's.  But the Basketball Hall of Fame is unique in it encompasses all aspects of basketball not just the NBA.  So Yao Ming was voted in for his influence as much as he was his talent and I get it.  He was very good prior to feet issues cutting his career short.  He averaged 19 points and 9.2 rebound over his career while shooting 52% during eight seasons.  Not the greatest numbers but he was more valuable as an international ambassador than as he was a player.  Again in this context with the basketball hall I won't complain any.

Zelmo Beaty was inducted by the Veteran's Committee.  Zelmo Beaty was good averaging a double-double (17.1/10.9) over 12 seasons in the NBA and ABA.  I've heard nothing but good things about him and he once had a season averaging 22.9 points, 15.7 rebounds and shooting 55% from the field.  I'll defer to the committee as I never got to see him play but it is said he was a very athletic undersized center.  I do enjoy the histories of the NBA and ABA alike and am always happy to see deserving players from the past get recognized. 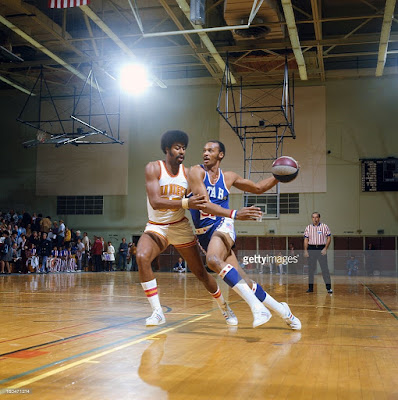