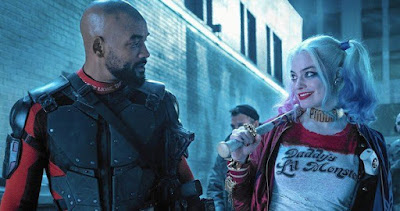 [SPOILER ALERT]  The 24 year-old daughter and I saw Suicide Squad Thursday night.  We both enjoyed the movie but we also left the movie knowing DC didn’t knock it out of the park.  I thought the characters were done very well.  DC introduced many new characters (Harley Quinn, Deadshot, etc.) to their movie universe while also showing established heroes and villains (Batman, Joker).  Again, I liked each character but the movie as a whole was missing something.  A team comic book movie is tough with so many characters to integrate into the film while also trying to have a good plot, pacing and story. 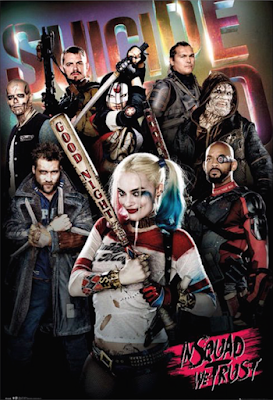 The team consists of Deadshot, Harley Quinn, El Diablo, Captain Boomerang, Killer Croc, Enchantress and Slipknot.  The good guys include Amanda Waller, Col Flag (and his secret ops team) and Katana.  Batman has small appearances in the film while The Joker plays a bigger role in the film.  Amanda Waller is the government head who forms the team to counter the threat of super powered bad guys.  In return the team is made promises and are controlled with the threat of an explosive implanted into each team member.  Enchantress (witch-goddess) goes bad and resurrects her brother to help her build a weapon to take over the world.


The first mission of the team is to rescue Waller who is trapped in Midway City which is under siege by monsters conjured up by Enchantress.  Once freed  Waller is captured by Enchantress’ brother leading the team on a second rescue mission.  In the middle of all this is the Joker who wants to reunite with his love, Harley Quinn.  This actually occurs but during their escape the Joker goes down in a helicopter crash and Harley believes he has died.  The team does a great job against the monster army they encounter but struggle once they directly fight Enchantress and her brother.  They finally are able to defeat both though Diablo dies in the process.


So during all of this you are introduced to the characters and as is expected you start liking these bad guys who are all locked up for good reason.  At the end when they are all locked back I’m not sure how to feel.  There characters don’t’ ever show remorse for what they have done (sans Diablo to some extent) so how much should I really like them?  Apart from that the choice of bad guys and a movie that just doesn’t seem as strong as it should be lends me to be a little disappointed.  All that aside I do really like the characters as well as the actors who portrayed them.  Will Smith does a great job as does Margot Robbie whose sexy fun Harley Quinn really is the star of the movie.  Anyone who enjoys the comics genre should see this movie.  It doesn’t hit a homerun but I do think it is entertaining.   Oh and guess who is broken out of prison by her baddie boyfriend at the end of the movie… 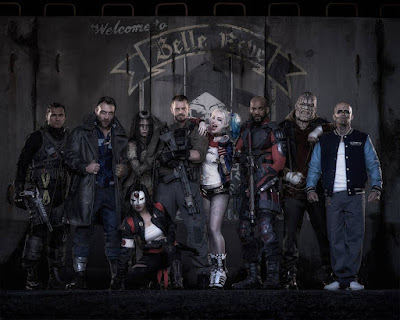