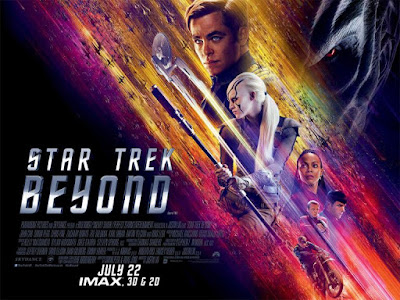 I was really looking forward to Star Trek Beyond and I'm glad I saw it today.  The reviews were good so far and that made me want to see it that much more.  I enjoyed what they did in this installment as did our 24 year-old daughter.  It really harkened back to the original series in my mind. As she said it was like an adventure.  It was great to see them put so much emphasis on the all the characters and not just Kirk and Spock.  Not that they are lacking for screen time.  It was fun to see the other characters get more screen time as well as play such a pivotal part in the movie itself. 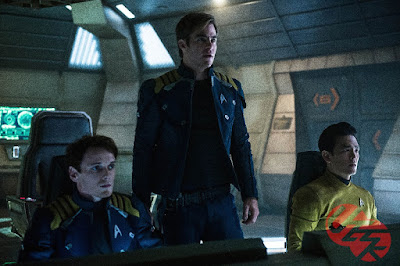 The movie stars out like a an old episode with the ship and crew headed out on a rescue mission. Of course that is where things go haywire as it is really an ambush by the new baddie in the universe.  So Kirk and crew get their butts kicked but and must find a way to fight back.  And it isn't enough to save themselves but then they must save the universe as a whole.  The new bad guy is a good character as is the new alien who helps them in saving the world.  But again this is as much about the individual characters as it is the entire plot. I think everyone should check this movie out and don't wait. 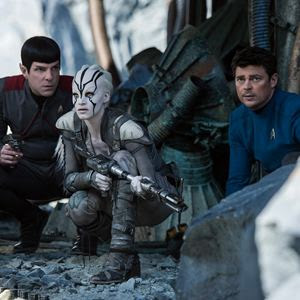