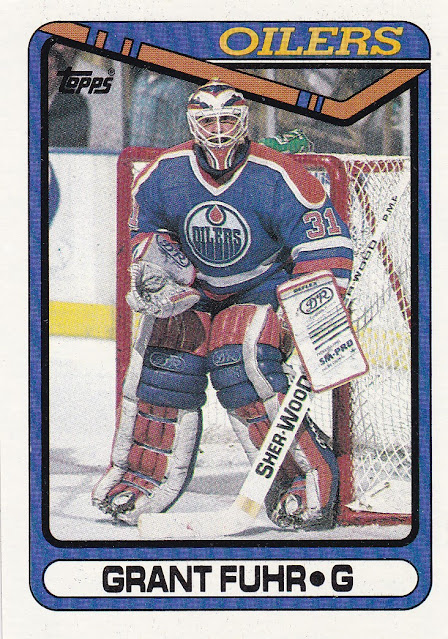 1990-1991 Topps Hockey: This pack was part of a pack lot buy I had stashed for such occasions as this - opening day in the NHL.  This pack comes with four hall of famers so it is a definite win.  This was a fun pack and good trip down memory lane.

I like Leader and All-Star designations which were pretty common among Topps cards.

The design on these isn't too bad but it definitely needed a team logo on there somewhere.  The backs have that familiar Topps back from the era with plenty of stats.  I also think the photos are good. 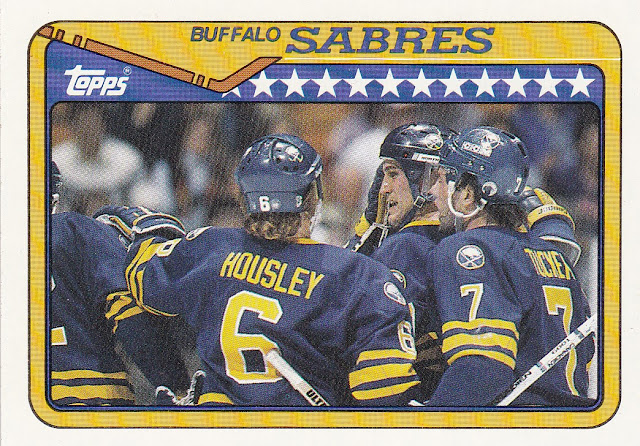 A Flames appearance.  Johansson didn't pan out but I like the Top Prospect on the card.  Anything helps break the monotony of base cards.  Not that these were boring.  Just nice to have some variety especially in sets that don't have many inserts.  Happy first day of the season! 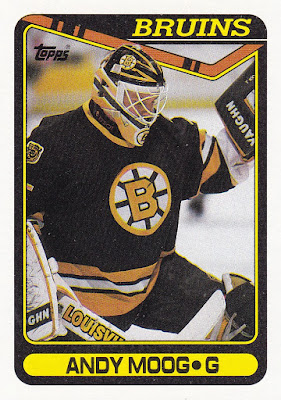