Book Review: Dream Team: How Michael, Magic, Larry, Charles, and the Greatest Team of All Time Conquered the World and Changed the Game of Basketball Forever by Jack McCallum 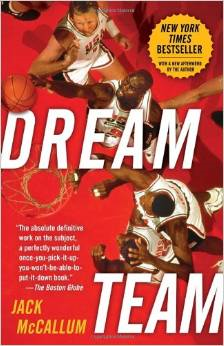 I was finally able to pick up Jack McCallum's Dream Team book which was published in 2013.  I've looked forward to this for quite a while and snagged a used book through Amazon.  The book chronicles the 1992 Dream Team which allowed NBA players to participate in the Olympics for the first time as a reaction to college players not winning gold in the 1988 Seoul Olympics.  McCallum doesn't disappoint as he chronicles the forming of the team, the behind the scenes that made that possible, the marketing, international impacts and most importantly the players themselves.  From who wanted to be on the team, to who was selected and why, their relationships and stardom in Barcelona that transcended the lives these players already lived.  I love the back stories the behind the scenes goodies and this book delivered.

About the only thing this book won't provide is detailed analysis of the games themselves but they don't deserver to be front and center.  They weren't as important as the players and the stories.  The one game that stands out the most when the Dream Team is brought up is a scrimmage the team had which pitted Michael Jordan dueling Magic Johnson.  That was more important than the drubbing the team laid upon opponent after opponent.  Bottom line is I loved this book.  If you are an NBA fan of any sort this is an easy read.  The world's greatest players were on this team.  All, sans college player Christian Laettner, were future hall of famers and had either led the revival of the NBA (Magic Johnson and Larry Bird) or helped build on the momentum through 1992.  But not only were they great players, many were great personalities.  Some were exactly as I've known (John Stockton, Chris Mullin) but some surprised me some (Patrick Ewing).  It was great getting to know these players on a different level.  McCallum spoke to every player, coach, executive, competitor, or other writers who could bring the story more to life.  And it came together wonderfully.  Every NBA fan needs to read this book. 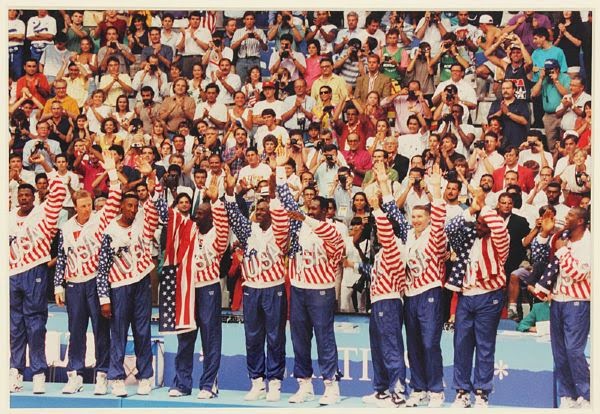