It has been a while since Disney announced they will produce a new Star Wars trilogy as well separate spin off films.  I'm a huge Star Wars geek who reads the books, some comic books, the official magazine and try to stay up on the "universe" as best I can so I have to say something.  "Universe"?  The new characters, worlds and other Star Wars creations that have come from the books, games, comics, and TV shows is called the Star Wars expanded universe.  I like to stay up on what is happening even if I don't get a chance to read and see it all.  I was eight when the first Star Wars movie came out so the original trilogy was huge for me growing up.  I can't tell you how many action figures I had, and still have. 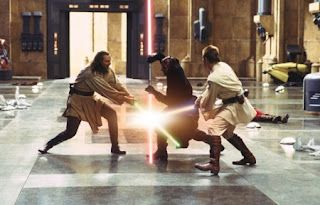 Bottom line is I'm excited.  I love the idea of more Star Wars.  The first six movies gave us great stories and characters.  I can only expect the same with the new movies.  Some are scared we'll get more movies along the lines of episodes I-III.  I am not scared for two reasons.  First I am among the few who don't cringe when episodes I-III are talked about.  Were they great?  No.  Were they horrible?  No.  They were somewhere in between.  Didn't mean we didn't get some great characters and finally got the back story of how we got to the most awesome opening scene of A New Hope.  The other is Disney should do a good job of ensuring fans and movie goers are satisfied. I've heard way too much grumpiness about how Disney won't be able to give Star Wars it's proper due.  I guess none of those folks saw The Avengers.  So I won't worry. 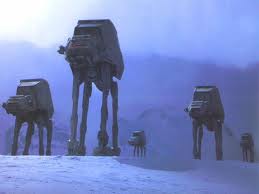 What will the story be?  There is already a huge universe full of stories from which they can pull.  One rumor is they will do a trilogy based on the Legacy of the Force series in which Han and Leia's son Jacen goes to the dark side.  Details on the series can be found here.  Who knows.  It is out now that Han, Leia and Luke will be back in some capacity.  I think that is great.  They play a huge roll in the Legacy series as well as the expanded universe as a whole and I would think they would play small rolls as support characters of the overall plot.  I am not picky though.  There are so many different ways the writers can go it is crazy.  It may also be a completely new story arc that hasn't been touched before.  I think it will be hard to disappoint me no matter which way they go. 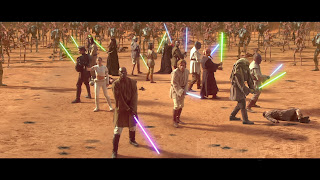 There is an element out there leery of any new story and whether or not it will change what has already been created in the expanded universe.  Lucasfilm did an awesome job of keeping all the different Star Wars properties cohesive ensuring they didn't contradict each other.  This was a massive task and Star Wars fans are very protective of.  I quantify that.  There are rabid Star Wars fans who aren't familiar with the expanded universe.  They don't read the books, watch The Clone Wars TV series or otherwise pay attention to spin off properties.  Some are fanatical about one or the other.  There are new fans who are more familiar with episode I-III and the new properties.  Fans also vary in age from those my age (40's and 50's) and those who are were introduced to Star Wars through The Clone Wars, toys and other newer properties.  It is a very diverse fan base so all these different fans will have their different ideas of what a new Star Wars trilogy should be and not all of them will be happy. 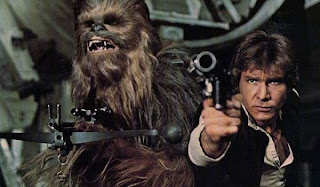 No matter what happens there will be drama among hardcore Star Wars fans.  It is something I wish didn't exist but it will be there.  Star Wars fans are passionate if nothing else.  I'm sure you have this with any property (see Harry Potter) that has a rabid fan base.  Again, I'm excited and will be excited no matter what happens.  Just to have the buzz about a new film and all the fun that will come from having another Star wars movie will be good enough for me as long as the move isn't a total bust.  Disney, don't let me down...