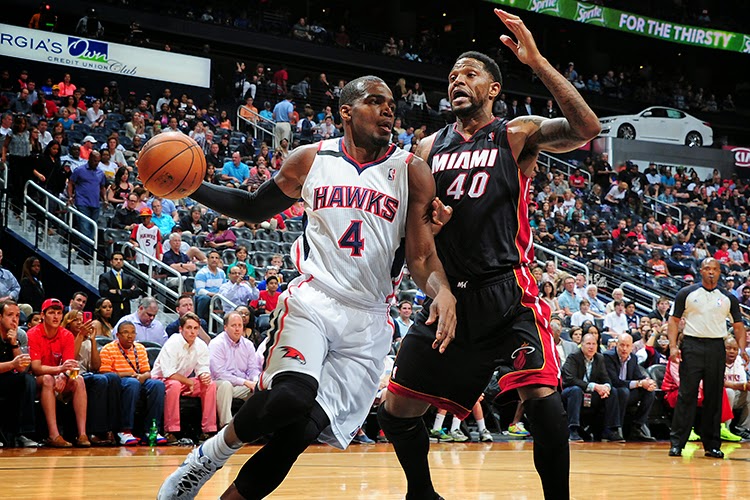 The Atlanta Hawks clinched the #8 playoff seed in the Eastern Conference with a surprising win over the Miami Heat this weekend.  While I like any fan am excited to see their team go to the playoffs I have to admit I was caught up in the thought of Atlanta getting one of the young phenoms in the upcoming draft.  I mean even GM Danny Ferry doesn't think it is such a bad idea.  Maybe it isn't right to think such things but what is the #8 seed going to get us?

I do think we can win a game against the Pacers but now that we've irritated the Heat I'm not sure we'd get a win in a series with them.  Either way the odds are stacked against an upset.  This team had dealt with so many injuries and while they have some decent parts in Paul Milsap, Jeff Teague, and Kyle Korver, Atlanta doesn't have "that guy" that can carry the team when need be. 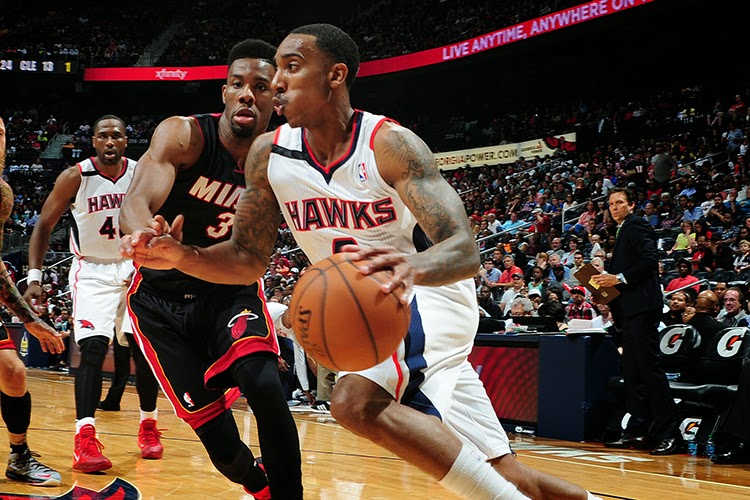 Back to the draft...  That is where my hope for that high draft pick came in.  This lineup needs a dynamic wing player...can you say Andrew Wiggins or Jabari Parker?  Yes the chances of landing one of those two would be remote but sometimes as a fan hope is all you have.  I like Milsap, Teague, and Korver and with stud Al Horford coming back next year this is a solid lineup that can get the 6th or even 5th seed but there needs to be that difference maker on the team.  A guy who can carry the Hawks on their back.  Louis Williams and DeMarre Carroll just aren't one of those guys.

For now I'll be excited for the Hawks but only five #8 seeds have won a first round matchup.  I'm just not convinced Atlanta will be team number six when all is said and done.  Still I have to be happy for the players and the team.  It has been a tough year.  After playing well enough to look like a possible #4 seed, injuries decimated this team.  They also endured a 1 and 14 stretch at one point.  But they made it.  That is what matters.  The Hawks can still grab the player I described above with a mid round pick.  Just might take a little more luck and I'm a fan so I'll always have hope...if nothing else...
Posted by Bulldog at 8:59 PM