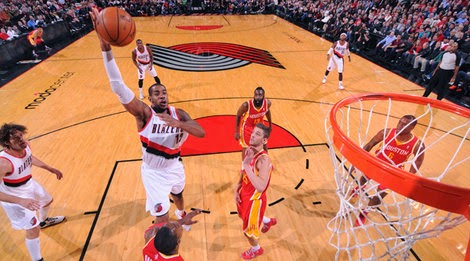 Game 1 of the Blazers - Rockets first round seven game series is set for this Sunday in Houston.  Portland had a very good year winning 53 games and looking good doing it.  Portland has studs LaMarcus Aldridge (PF) and Damian Lillard (PG) leading the way.  Both are stars and both had career years.  But they also had a very good supporting staff in the starting lineup.  Wesley Matthews (SG), Nicolas Batum (SF) and Robin Lopez (C) all had good years making this one of the best starting fives Portland has seen in years.  The bench is where things get dicey with point guard Mo Williams being the best of a very thin group.  Still I expect Portland to rely heavily on their starting unit.

Houston will throw out a starting five of James Harden (SG), Dwight Howard (C), Chandler Parsons (SF), Terrance Jones (PF) and either Patrick Beverly or Jeremy Lin at the point.  Their bench feels a bit stronger but I may be overrating them a bit.  I do like what Aaron Brooks (SG) and Omar Asik (C), when motivated, bring to the game.   Harden is probably the best shooting guard in the game and Howard is top three among centers.  I'm a big Parsons fan.  He is a wing guy who spreads the floor with 37% three point shooting, can handle the ball and doesn't turn the ball over (1.9 per game) while playing with a high motor. 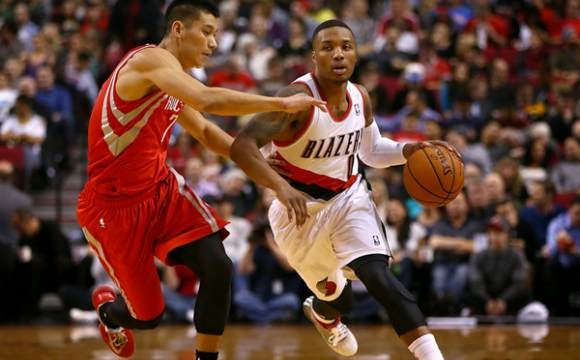 Portland's short coming will be defense as it has been all year.  Stats make the two teams close in terms of defense but Portland doesn't pass the eye test.  Lillard for all his talent hasn't developed into a good defensive player and Aldridge and Lopez while ok on defense aren't shut down guys.  Batum is a very good defender but unfortunately won't be playing Harden.  I think the key will be stopping Harden.  I think Howard will get his though Lopez should play him tough.  It is a matter of how much Harden controls the game.  If he is hitting in the flow of the game allowing the offense to stay in rhythm it will be hard for Portland to win.

It sounds like I'm painting  a picture where Portland loses this series and maybe I am.  I'm not convinced Houston wins this series.  They do have home court and Portland hasn't gotten past the first round in 14 years but the Trail Blazers have a team that can win any given night.  But I can't go with my heart no matter how much I want to.  I truly think James Harden is the type of difference maker who can carry his team and I think that will be the difference in this series.  Combined with the issues on defense Portland has I think Houston wins the series.  I can see the it going seven games and each could come down to the last possession.  I hope the ball bounces Portland's way a few times and they can steal a few games to take the series.  No matter I expect a hard fought matchup that should be fun to watch.   ﻿
Posted by Bulldog at 8:50 PM