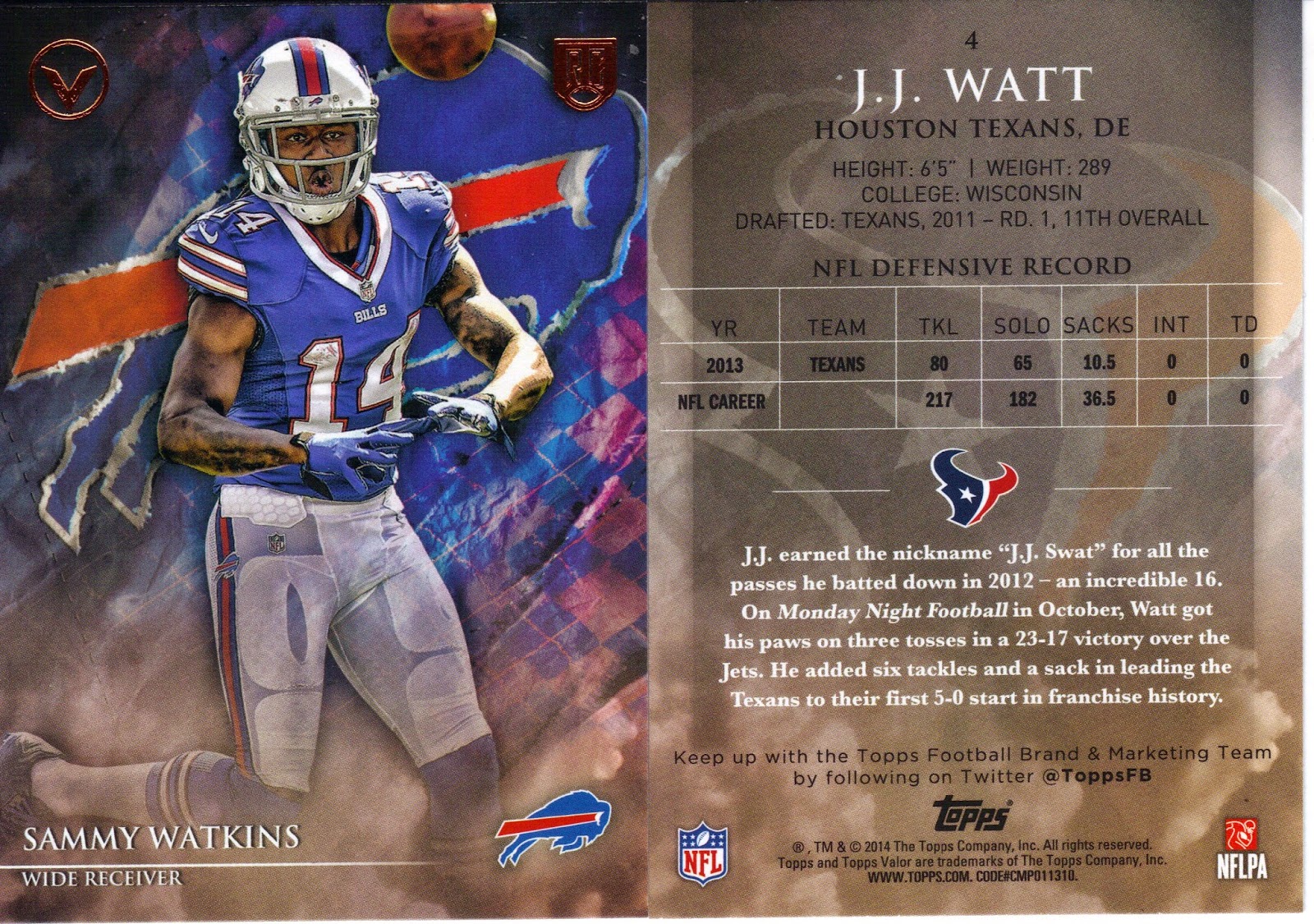 Picked this up some time ago and didn't want to forget to comment on the 2014 Topps Valor football cards.  Purchased a pack of 18 cards at the local Wal-Mart.  They are a little pricey as they ran $5.99.  The base set is only 200 cards which allow for a good pull of stars.  I received Sammy Watkins, DeMarco Murray, J.J. Watts, Matthew Stafford, Matt Forte, Patrick Willis, and RG III to name a few.  Rookies were also a big part of the pack with Kelvin Benjamin and Watkins among the six rookie cards.  I also received Marshall Faulk from days gone by.  I love the retro cards and that is no different here.  The insert I pulled was a Storm Johnson (RC) GLORY card numbered 185/199.

The fronts have an action shot of the player set in front of a large team logo.  The rest of the front of the card is colored in team colors/dark tone with a smoky bottom half of the card.  The Valor logo is at the top left, RC is at the top right of rookie cards, and the players name, position and team logo appear at the bottom of the card.  I like this though it isn't the traditional photo you normally see.  Here you only see the players photo with quite a bit of coloring and the team logo.  It just looks sharp to me.  I also like the big team logo and the coloring.  These fronts do it for me visually.

The back of the cards has the players information (name, team, position, ht, wt, college, draft position), stats (last year's and career totals), and a write up.  A small team logo is in the middle of the back while a larger version of the logo is recessed in the background which has a charcoal coloring.  My only knock is some of the lettering is in black and is harder to read.  Those in white stand out against the dark background and are easier to read.  Overall these are really nice cards that I like.  Not sure I'll pick anymore up unless I can find a little better price point.  Still I really liked them, got some good cards, and highly recommend them to everyone. 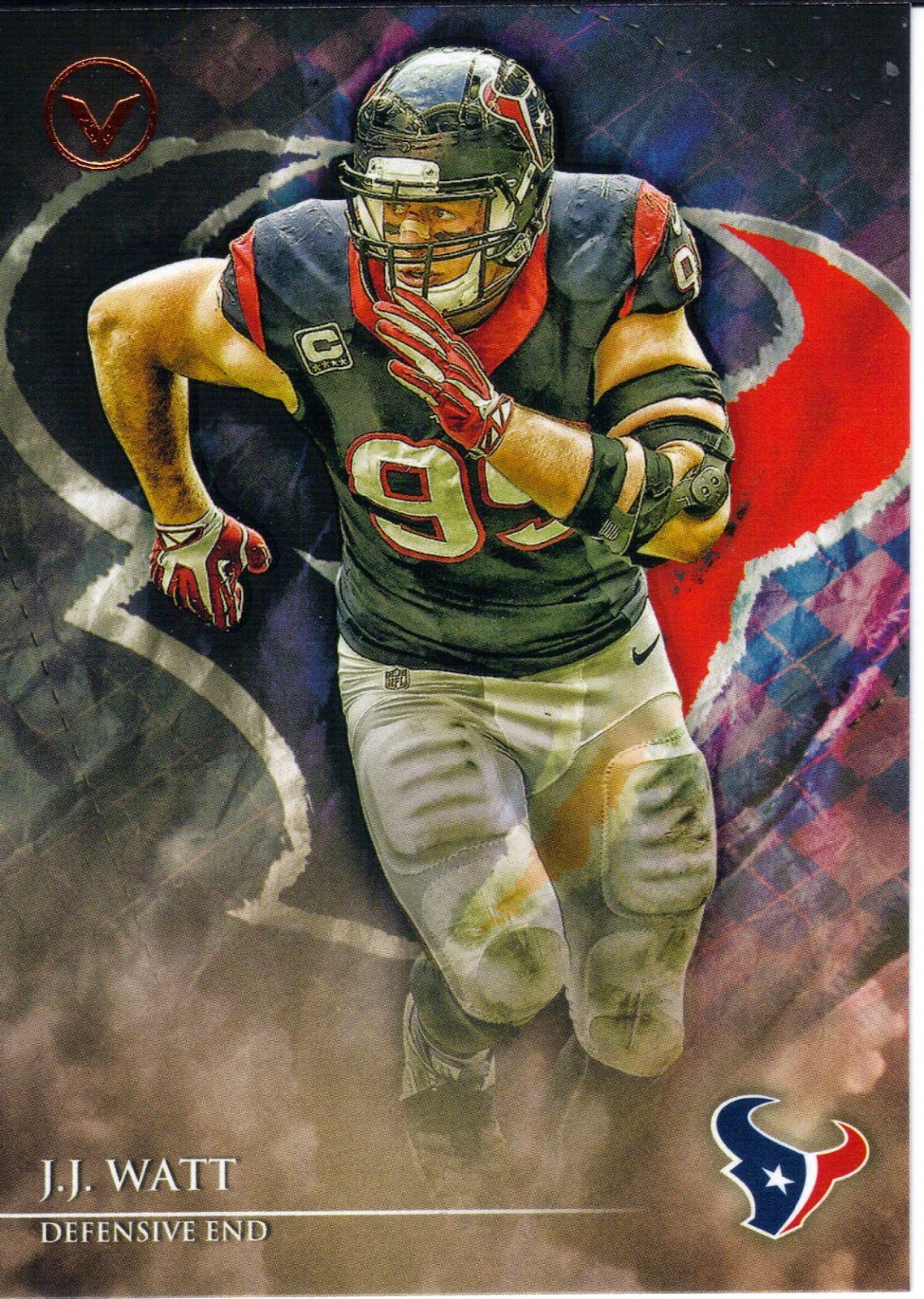