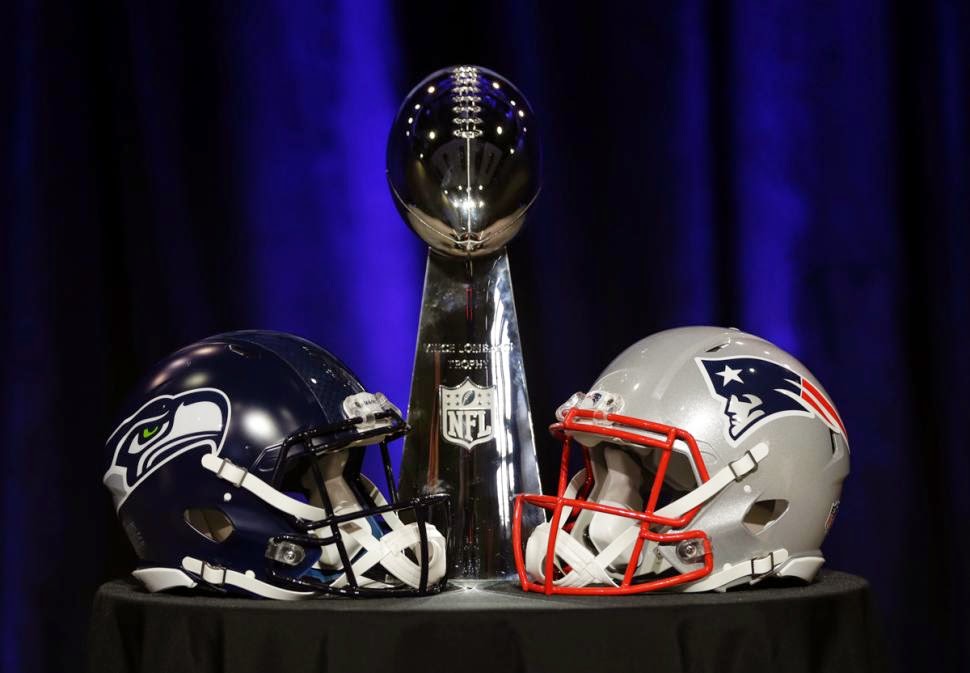 Great matchup in the Super Bowl this year and I can't wait.  My wife called this matchup before the season.  Don't ask what I predicted.  I just hope the game lives up to the expectations.  I think Seattle wins the Super Bowl in a close game.  I am very surprised Seattle isn't favored in more forums.  True they barely beat Green Bay but I look at that as their offense playing horribly for 43 minutes, turned the ball over five times and they still won.  How many times does that happen?  I thought the Seattle's defense was excellent giving up only 22 points and allowing the offense to finally get on track sending the Seahawks to their second straight Super Bowl.  New England should make this a good game.  Their offense was the fourth best scoring offense in the league this year but like the rest of the NFL should struggle against the Seattle defense.  The other issue I see is New England dealing with the Seattle run option.  They haven't seen it much this year and I worry about how they can defend it.  Marshawn could have a big day.
All that said I'm rooting for the Patriots.  I want to see Brady (my man crush) and the Patriots get their fourth Super Bowl ring and join the all-time greats in rarified air.  I just think it will be tough.  Seattle can always shoot themselves in the foot again like they did in the Green Bay game but I think that is too much to ask for.  New England is great at game planning their offense but I doubt Seattle really has to do much different no matter what is thrown at them.  Their corners allow them to just play their game without much concern on the outside.  Hopefully Gronkowski can be the disruptive force New England will want him to be and maybe make Seattle do things they don't want to.  Again I think Seattle wins this but I don't see a blowout - 23-17 Seahawks.  ﻿