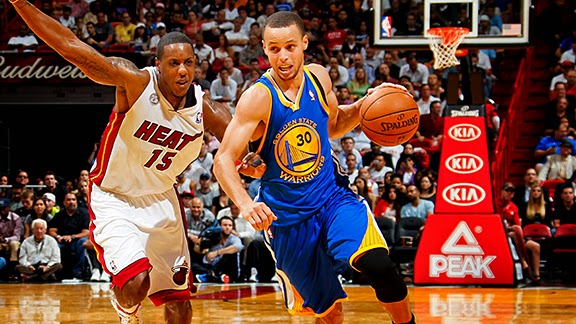 I think this has been a great NBA season and I'm looking forward to the playoffs.  While I'd love to see the Spurs and Tim Duncan get one more championship I think we'll see a team win a championship this year that we haven't seen in some time.  There are so many teams that haven't won a championship or haven't in so long that I think I'll be happy no matter the outcome this year.

You have to start with the Western Conference.  The elite teams reside there and I think Golden State could be the team that comes from the West.  That said there are truly six teams in the West who could win the conference.  I do think Golden State is the best of the lot but I also like San Antonio and Los Angeles to be right there among teams coming out of the West.  Unfortunately those two must play each other in the first round but that should be a great series.  This could be the year the Clips make a statement in the playoffs.  I'm not overlooking Houston but I think the loss of point guard Patrick Beverly will be their downfall.  Dwight Howard isn't the Dwight Howard of old which really means they'll really have to lean on James Harden.  You can get away with that in the first round but I think defenses will make life too tough on him as the playoffs progress.  Of course I'm really rooting for Portland but I'm worried about their depth after loosing key cog Wesley Matthews for the season. 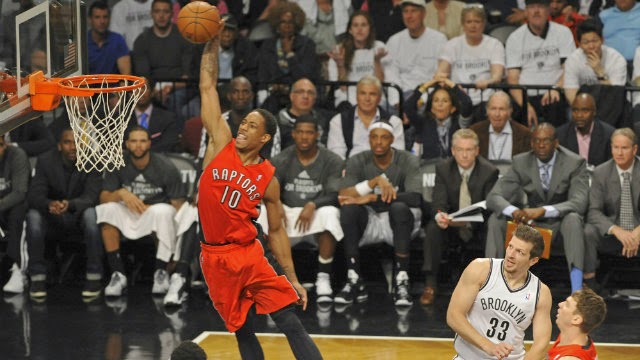 In the East I'm definitely looking for my Hawks to make some noise.  That said as a long time Atlanta fan I'm already readying myself for disappointment.  That said they should be able to get past Brooklyn in the first round.  Cleveland should also make easy work of Boston while Chicago-Milwaukee and Toronto-Washington look to be better series.  I'm not sure who the Bullets are right now.  Their offense has struggled and I really like Toronto as a whole.  They have eight players who play 24 minutes or more a game which gives them nice depth which is key in the grind of the playoffs.  With Derrick Rose back Chicago should be able to get past Milwaukee but I do like this to be a close series that may go the max number of games.

Bottom line is I think the following teams will move on - WEST - Golden State, Houston, Memphis, San Antonio | EAST - Atlanta, Cleveland, Chicago, Toronto.  No huge upsets here.  San Antonio may be a six seed but they haven't played like one of late.  Have to give a shout out to the Pelicans making the playoffs.  Love Anthony Davis and hopefully this will be the first of many appearances for him and New Orleans.
Posted by Bulldog at 12:23 PM