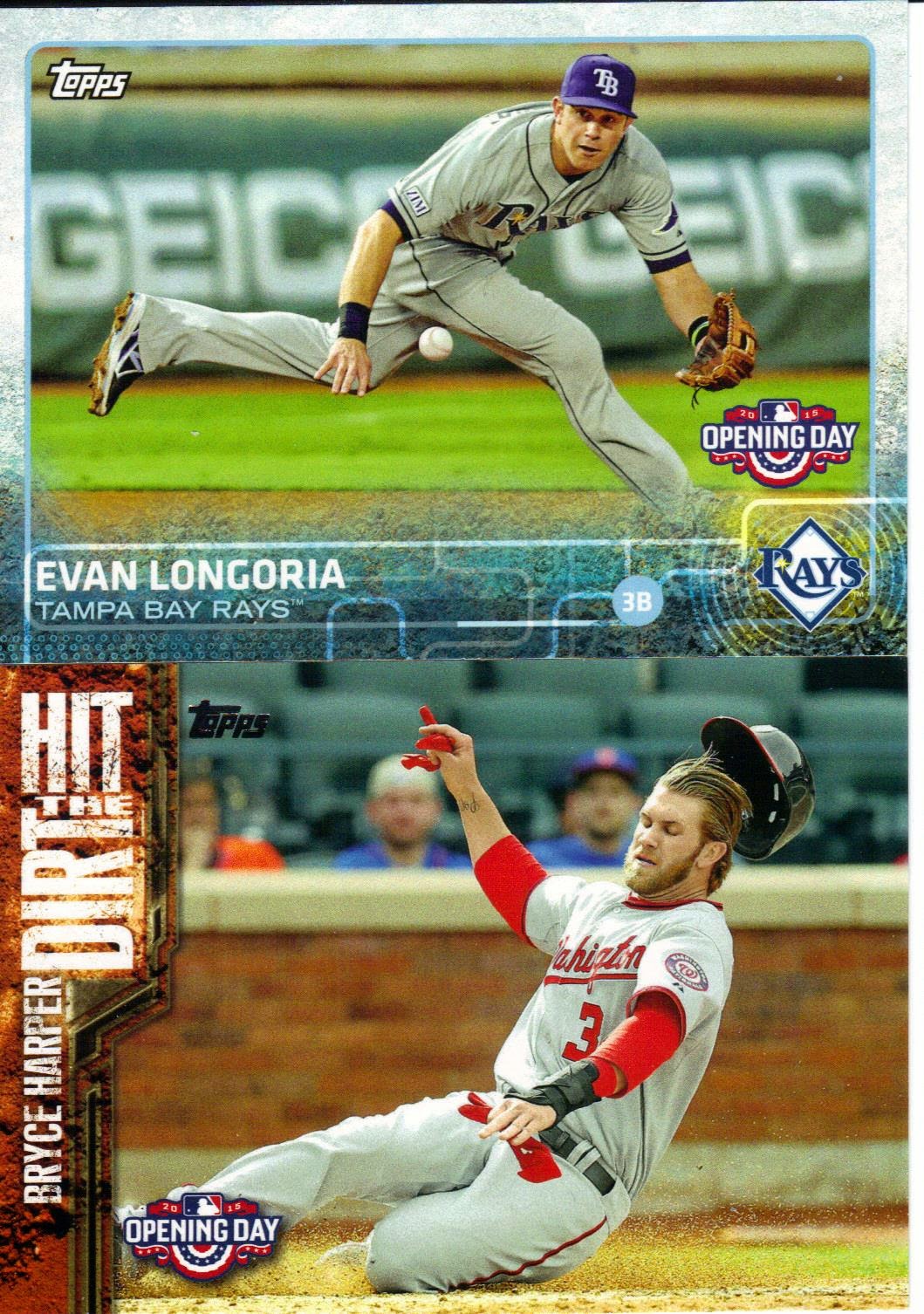 It is only fitting that I take a look at the 2015 Topps Opening Day cards on today, the opening day of the 2015 major league baseball season.  I've picked up two of the 24 card packs as well as a standard seven card pack.  I've already reviewed the base set here and I do like these cards.  The Opening Day brand is just as nice.  The photos are great and seeing players in their new unis is exciting.

I pulled some inserts some of which are below.  They included Stadium Scenes which are pictures taken by fans and then selected by Topps to be included in this year's set.  I like this as it is different and has to be a thrill for those whose photos were chosen.  I pulled a Andrew McCutchen Opening Day Stars card which is a hologram.  I also grabbed a few mascot cards of which my favorite was the TC Bear card.  I also pulled a couple of the blue parallel cards.  There are plenty of other insert sets and I was really hoping to pull a Franchise Flashback card, specifically that of Atlanta Brave Craig Kimbrel.  No such luck. Might have to do some eBay shopping.   Relic cards are also part of the set though I didn't pick any up.  I also would have liked to have pulled a Superstars Celebration or Team Spirit card.

I'll probably pick up more of these.  This is a fun little set that I enjoy purchasing each year.
Posted by Bulldog at 3:00 AM