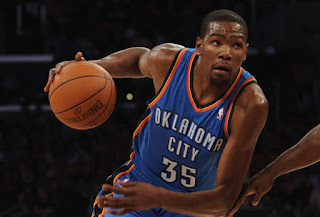 Oklahoma City vs Golden State – After their surprising dispatching of the Spurs, the Oklahoma City Thunder look to be a worthy opponent for the Golden State Warriors.  They were before that but their ability to defend and befuddle San Antonio makes you wonder how far they can go.  But how does that equate to a series against the Warriors?  OKC advanced to the Western Conference Finals with the help of a more traditional looking lineup including bigs Steven Adams and Enes Kanter playing a huge part.  Much discussion goes to how those bigs translate to what we expect to be a small Golden State lineup.  This works both ways.  While those bigs should have a difficult time playing defense against a shooting heavy offense of smaller players it would seem Golden State would struggle when those same big men were on offense.  Personally I’d rather play up on all the Warriors’ shooters and make them take mid-range jumpers which are only worth two points each or drive to the hoop in the hopes that the bigs can get to the basket in time to make a defensive play. 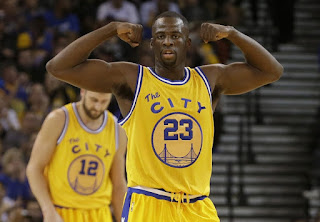 Golden State will probably just play their game no matter who is on the floor against them.  Their shooters and offensive play stretches defenses to the breaking point making the bigs tough to leave out on the floor.  Doesn’t mean they can’t be beaten with bigs though.  Still the Warriors have shown they are the team to beat and pretty good at finding their shot, and making it, while playing excellent defense on the other end to compliment the effort.  I don’t see them losing this series but Oklahoma City should give them a nice run and challenge in most games though there will be a blowout somewhere in the series.  Golden State:  4-2 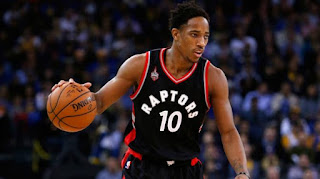 Toronto vs Cleveland – Toronto has not had a good first two rounds.  Kyle Lowry and Demarr Derozan have struggled finding little to no consistency hence two seven game series so far for them.  Still they won against Miami after losing Jonas Valaciunas for the series.  If they can get him back healthy I do think he can be a difference maker. Toronto still needs to get more from basically everyone to have any chance of making this a real series.  This team has been so frustrating to watch.  They’ve given up huge leads, played horribly in the last minutes of games and been lacking on defense.  Unless they can play like their regular season selves I am at a loss as to how they could even make this series interesting. 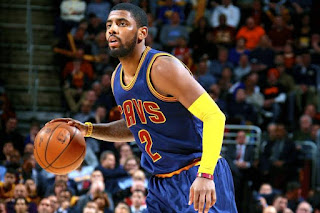 Cleveland looks like world beaters right now and some would pick them against Golden State right now.  And why not?   They are shooting like they are Golden State East and with all three of their stars healthy they are tough to shut down.  You might be able to double one of them but you still have two guys on the floor who can win games.  LeBron is still playing big minutes in the playoffs (38 per game) but Kyrie Irving is shooting almost as many shots and Kevin Love is right behind them.  While Love can’t seem to make a two point shot he is hitting 44% of his threes (almost eight a game) but he is still bested by Irving who is hitting 53% of his three point shots (over 6 a game).  LeBron’s outside shot isn’t falling anywhere close to that but Irving, Love and the rest of the team is shooting so well he in’t needed at the three point line and should be able to take advantage of open lanes to the basket.  Cleveland:  4-0
Posted by Bulldog at 6:07 PM