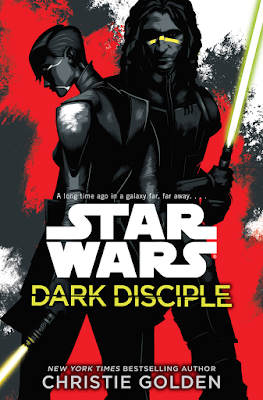 SPOILERS:  I read the book Star Wars:  Dark Disciple.  The books centers around Jedi Master Quinlan Voss and Assajj Ventress, former dark side assassin for Sith Lord Count Dooku.  The Jedi Council assigns Voss to assonate Dooku by partnering with Ventress.  In doing so Voss ends up going to the dark side and actually partnering up with Dooku for a time.  While working with Ventress, Voss and she fall in love.  Twists and turns ensue with Obi-Wan Kenobi playing a good sized part in the book as does the Jedi Council.  The council must enlist help from Ventress in saving or returning Voss after he has turned. Obi-Wan and Anakin Skywalker are also sent to return Vos with orders that basically state he didn't have to come back alive anticipating that would not be possible.  Obi-Wan was hesitant with the order to kill Dooku and again with having to kill Vos, thinking it was not how the Jedi should act.  In the effort to bring back Vos, Vos and Dooku are actually apprehended but escape and during the fighty fighty thatfollows Ventress is killed saving Vos.  Vos for his part doesn't take revenge on Dooku renouncing the Dard Side, again siding with the light side of the force.  Dooku of course escapes.  In the aftermath Vos is
rehabilitated and rejoins the Jedi. 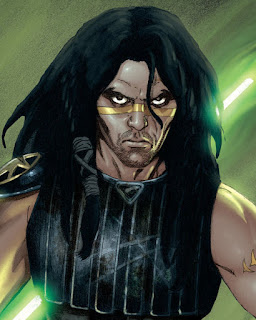 I enjoyed the book while I did disagree with some plot points.  The decision to assassinate Dooku seemed to come too easily.  Also Vos, a Jedi Master seemed to embrace the Dark Side (albeit the small taste he had) while training with Ventress and falling in love.  He was then ready to leave the Jedi Order.  It just happened too quickly.  While under Dooku's control he was tortured and held for a long period of time and I can get how the dark side crept in.  It seemed he was with Ventress for a short period of time.
I get how love turns a man and the two of them do make a good pair but he was a Jedi Master.  That said I liked their affair and would have liked seeing them continue the relationship (assuming she hadn't been killed) in future novels.  Otherwise the book was good.  I like the glimpses into the Jedi Council and their discussions.  We don't see enough of these.  While they are all Jedi Masters they aren't always going to agree and I like knowing how decisions happen.  The book covers most bases with  comedy, drama, action and a love story.  I think most fans  would enjoy this book.

Both Voss and Ventress are popular in the Star Wars universe.  I like both characters though I am not as knowledgeable on their histories as I should be.  Voss came to be popular in a series of comic books in the Legends era of books.  Ventress is widely known through the Clone Wars cartoons and her sparring with Obi-Wan.  Vos has a great look and personality.  I was disappointed that Ventress died.  Actually I was shocked.  I thought she was one of those characters that would be around for a really long time and that this was would launch her into new forays in the Star Wars Canon.  Maybe new books, future cartoons, comic books, who knows. Sadly that won't be.  I am hoping we'll see more of Vos.  Again he is a likable character who I think they could do great things with.  His looks round out his character which I think could be extremely popular in my opinion.