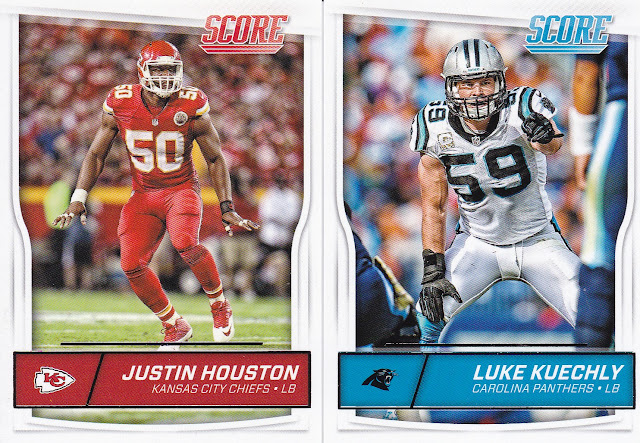 These 2016 Score football cards can be found in Wal-Mart discount card areas and I love them.  This is a nice looking large sized set that is a fun break netting you 52 cards for under four dollars.  I was also able to score a Byron Marshall autograph card (end of post).  His career has been pretty underwhelming so far but I'll never complain about pulling ink.

Some nice star power at the quarterback position.  I'm probably with the majority though and am not a fan of those retro Steelers jerseys.  Don't get me wrong I love retro and these jerseys are cool for a few minutes.  But watching Pittsburgh play an entire game in these unis is rough.

My first look at the 2016 NFL Draft inserts and I like them.

All three of these are nice looking cards.  I really thought the All-American card was a green parallel but it isn't numbered.

I thought this was a pretty nice pull.  Plenty of good players and some nice inserts though I wouldn't mind seeing more in a pack of 52 cards.  Odds are you'll see me break more of these as the year goes on. 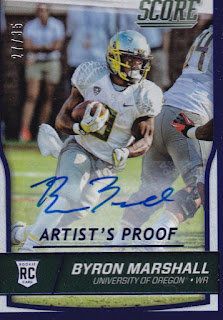