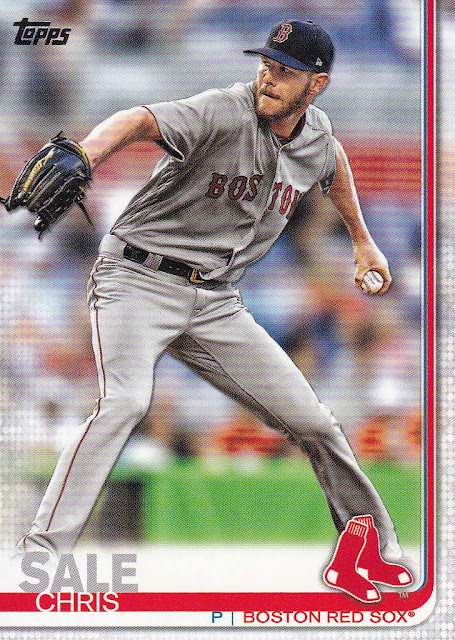 Some Random Wax here in the form of 2019 Topps Baseball Series 2.  I'll start off with the big guns and Chris Sale.  If the Red Sox are going to get back into the playoff picture in earnest this guy will be a big part of it. He's struggled this year as has many Red Sox pictures and they need him to be much better in the second half.

A nice Austin Meadows 150th Anniversary Future Stars card.  Those fall 1:6 packs.  He's having a great year and was acquired in the Pittsburgh Pirates trade for Chris Archer.  Tampa Bay really looks like the winner in that trade right now.

The Historic Through-Lines cards are fun and another ballpark card.  Seems like Camden Yards was one of the first of the new ballparks that helped kick off the era of newer better stadiums.

After Sale there wasn't a ton of stars found in this pack but it was still fun.  Never thought of Ticket Stubs as a technological advancement but it makes sense. 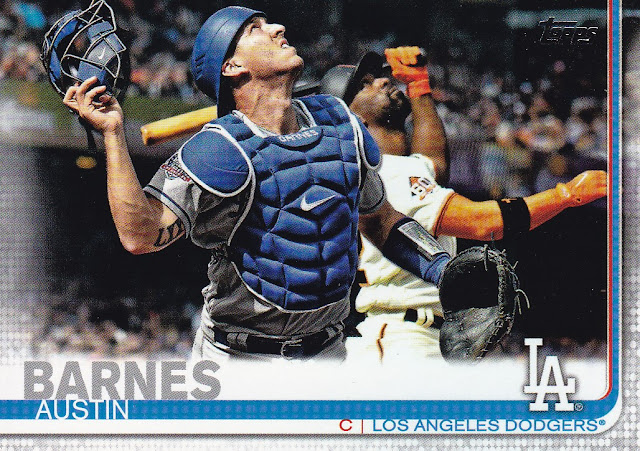 Nice photo and I think that is Andrew McCutcheon photo bombing in this card.