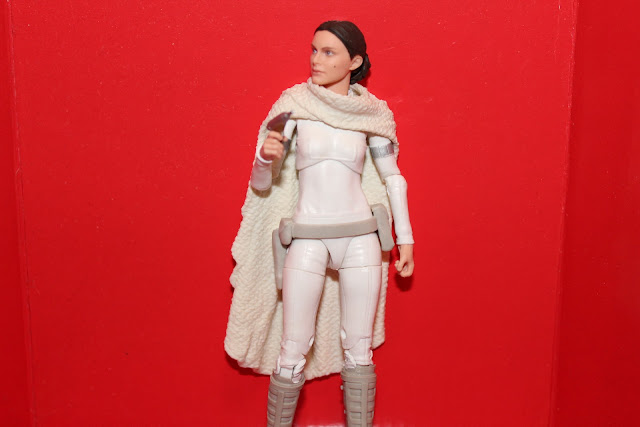 I've been looking forward to this Padme Amidala Star Wars Black Series 6" figure.  While there are few who call the prequels among their favorite Star Wars movies there were plenty of characters to like.  Padme was one of those for me even if her lack of chemistry with Anakin was not that great onscreen.  I don't think Natalie Portman is to blame for that.  Still I liked the character and was happy to add her to my collection.  I really like the figure and think they did a pretty good job. 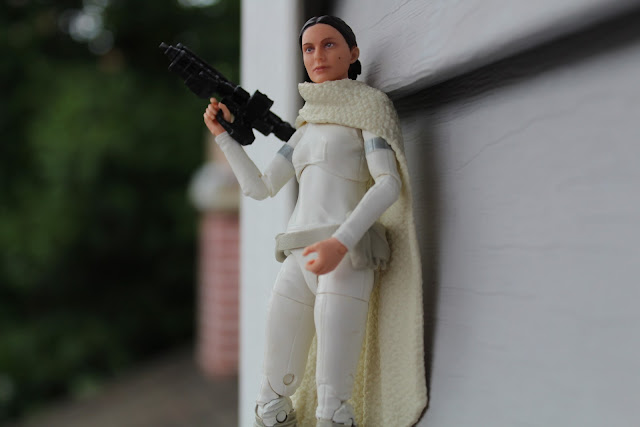 This specific look comes from Episode II Attack of the Clones.  She comes with two weapons.  A blaster and a smaller pistol/blaster.  Her cape is not real flexible but looks good on her.  In fact she looks much better with it on as opposed to off. 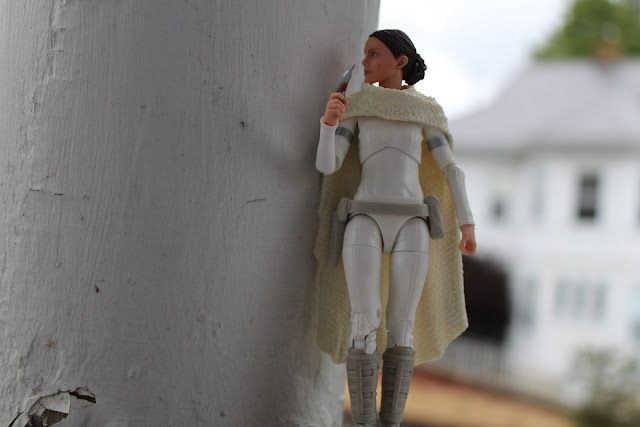 The articulation really helps with poses though her feet are fairly small and not the easiest to work with. 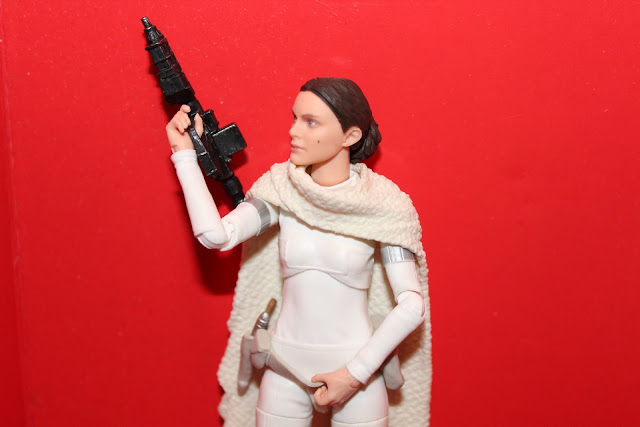 Quick shout out to the She's Fantastic blog.  They do a wonderful job looking at female action figures and did her own look at Padme in March.  If you like action figures she's well worth the follow. 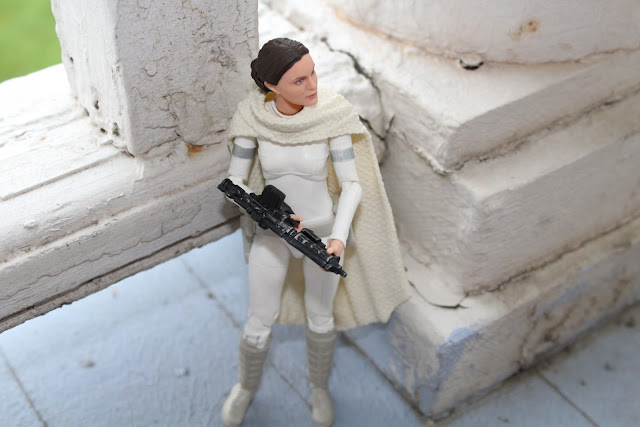 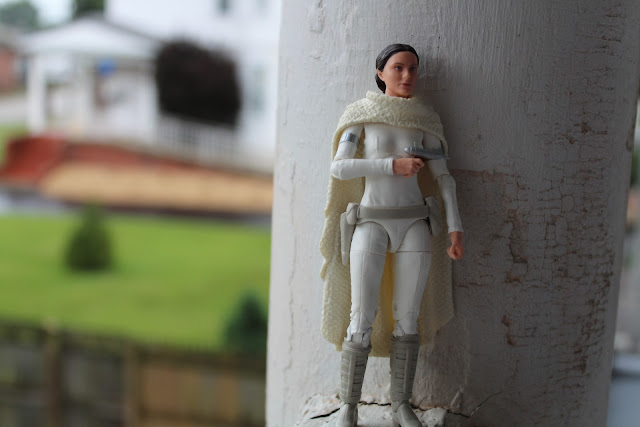 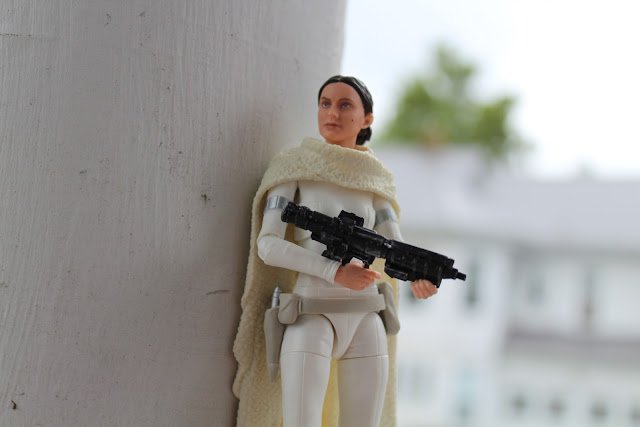 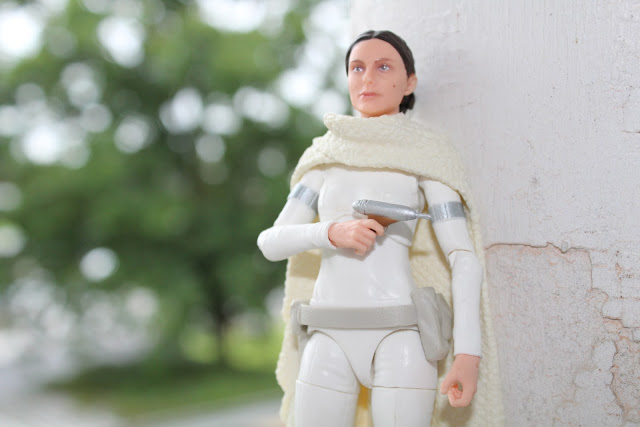 That's my quick look at this pretty cool and fun figure.  I've picked up a few more Black Series 6" figures lately so as soon as I get a chance to get some photos done I'll throw those up on the blog as well.
Posted by Bulldog at 4:44 AM