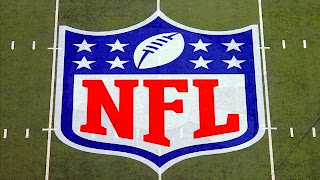 I know many have bemoaned how week one was full of sloppy play but I thought it was a good week.  Maybe not for my teams but it was still a good week and I just loved having football back!

Atlanta took a tough loss to the Saints.  The Falcons were in it until the end.  As good as Stephen Jackson looked his dropped touchdown catch was a negative ending to his day.  In fact he was removed for the next play of the game which was the last offensive play of the game for Atlanta.  Not that he was the only one with a key miscue.  Julio Jones fumbled a pass early in the second quarter leading to a Saints touchdown.   The offense wasn't bad but just didn't put enough points on the board while not converting key third downs.  The Saints' defense looked much better than the league worse effort they put on the field last year.  I wouldn't have believed Atlanta would only put up 17 points in this game.  The defense surprised me too. In a good way.  Considering the lack of upgrades in the off season and the Saints offense, specifically the 35 minutes of time of possession, I thought the Saints would put up more points.  Maybe game two against St. Louis will yield more positive results but overall it was just disappointing.

Buffalo was also in the game until the end losing to the Patriots on a last minute field goal.  Yes New England isn't the New England of years past but Brady didn't look great against the Bills defense.  Always reason to cheer.  The Buffalo offense, led by rookie quarterback E.J. Manuel was good.  Specifically he ended up with a quarterback rating of 105.5 while throwing no interceptions and the running game averaged four yards per carry.  I still don't think the Bills have the very good receiver they need opposite Stevie Johnson to really make the receiving corps dangerous.  Overall a good game for Buffalo but very, very disappointing to lose this game when they had their chances to win.  Buffalo is at home against Carolina this week and I think they can win this game.  Here's to hoping for the first win of the year.

I live in the St. Louis area so I hear quite about the Rams on the radio and always like to comment on them.  I must admit they looked good this week in their win over Arizona who also looked good with Carson Palmer at QB.  I was very skeptical going into week 1 but they really did play well.  The game against Atlanta this week in Atlanta should be a better test for them.  If Sam Bradford and his receivers can have more days close to what we saw Sunday then there is no reason to believe St. Louis can't have an above .500 record this year in a very tough NFC West.

Peyton Manning looked awesome and I think he was still smarting from the loss to the Ravens in last year's playoffs.  And I sure wish I had him on my fantasy team - oh wait I DID!...I keep believing Phillip Rivers will be the Rivers of old but like everyone else I'm left disappointed.  I know he might not have the best weapons around him but his fourth quarter against the Houston Texans just makes you shake your head...Can the Steelers feel much worse after that horrible week one performance?...Reggie Bush really could be "The Man" in Detroit.  He just seems a good fit there...Speaking of, Philly's offense seems to fit Chip Kelly's new scheme really well.  I do wish folks would get off the whole "revolutionary" thing.  It is just a hurry up offense.  Don't get me wrong.  I like it and picked them to win their division but if Washington doesn't turn over the ball three straight times to start the game I'm not sure their offense looks quite as good...The Bears were a pleasant surprise in their win against Cincy.  The Bengals on the other hand have to wonder what happened.  Picked by many to win their division this was a huge loss since everyone else in the division also lost week one.
Posted by Bulldog at 11:50 AM