Braves and Red Sox Ready for the Playoffs 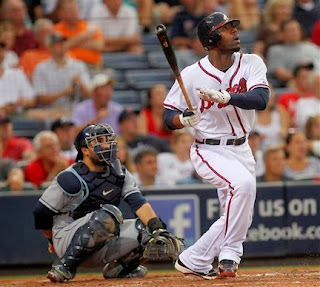 The Braves enter the playoffs as the #2 seed after posting a 13-14 September.  This is not how you want to play going into the playoffs.  The offense is inconsistent at best and while the pitching has been good they lack an identity.  There is no true ace on this staff and anytime 36 year-old Freddy Garcia has a chance to make your postseason rotation there could be trouble.  Still we have two very good starters at the top of the rotation in Mike Minor and Kris Medlen.  In a postseason series having two very good pitchers can get you to the next round.  Julio Teheran should be the third starter.  Then it would be Garcia or Paul Maholm.  The big question in the bullpen is whether or not Jordan Walden would be available while battling a groin injury. 50 save stud Craig Kimbrel anchors the bullpen and should keep any lead that gets to him safe.  Still the pitching staff with the best ERA should keep them in every game.  Just have to hope the offense puts something up on the board...

The offense is as inconsistent as ever.  MVP candidate Freddie Freeman and Chris Johnson are the steadying force of the lineup.  Everyone else has been nothing but streaky.  I'm really hoping they can put some hits together against Clayton Kershaw, Zack Greinke and the Los Angeles Dodgers in games one and two of the first round.  It won't be easy but that is how they'll have to win games.  I just don't know if they can do it.  No real secret to the Brave's key to winning.  The offense must step up and do better.  Playing against high caliber teams each night they can't wait for the next game.  I think Atlanta can beat the Dodgers but it seems like it will take a brawl that goes seven games. 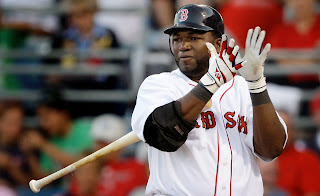 #1 seed Boston comes in with the league's best offense and 13th best pitching staff.  I think Boston has what it takes to win it all.  They are a very balanced team.  Jon Lester, John Lackey, and Clay Bucholz anchor the starting staff which can also throw Ryan Dempster, Felix Doubront, and Jake Peavy at you.  The bullpen has holes and the closer role has been unsettled all year.  Boston must have that settled in the first series against the yet to be determined wild card team or it could be a rough postseason.  Koji Euhara seems to have the role for now but we'll see how he does in the postseason in his somewhat new role.

The offense has lots of weapons anchored by David Ortiz, Jacoby Ellsbury and Dustin Pedroia but also gets support from the rest of the lineup.  This team should score no matter who they go up against.  Doesn't mean they can't be shut down but they should always feel like they can score and make a comeback if need be.
Posted by Bulldog at 7:48 PM