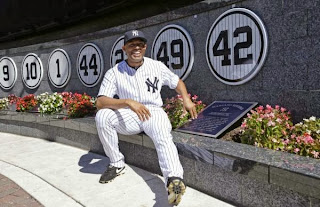 Maybe this happens more than I remember but this year we say goodbye to three outstanding major leaguers who retire today.  You have to start with Mariano Rivera.  The all-time leader in saves and a career 2.21 ERA, Rivera is truly one of the all-time greats.  He also retires with 42 postseason saves not to mention a .70 ERA in 141 innings over 96 games.  I'm a self proclaimed Yankee hater but Mariano Rivera is the real deal.  I hated facing him but he is a stud of a player and by all accounts a good guy.  I think all the gifts and accolades he has received are a tribute to that.  Look here to see some of his retirement gifts.  I'll miss Rivera but am very happy to have seen his career no matter how hard it was to watch when he played Boston or Atlanta. 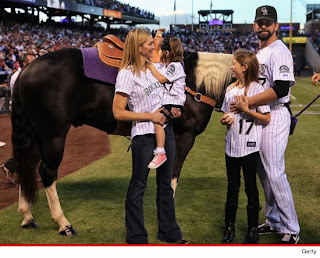 Todd Helton retires after 17 years with the Colorado Rockies.  Many will say his stats are skewed due to the altitude of Denver but you can't discount the fact that he was the proud face of this team for almost two decades and played up to a high level the majority of his career.  His DUI earlier this year will obviously diminish his reputation some but it shouldn't wipe out what he has done over his career as a player and how he carried himself as a individual.  On the field he will retire with over 2500 hits, 369 homeruns, 1400 RBI's and an outstanding .414 on base percentage (good for 26th all-time).  Helton also had a hand in taking the Rockies to their only World Series appearance after their great regular series run in 2007. 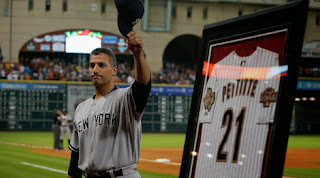 Andy Pettitte will also retire this year after an 18 season career.  Known as a postseason force with 19 wins he was also money in the regular season with 256 wins and 3.85 career while never having a losing season (thanks to yesterday's complete game win over Houston).  His nice guy image has helped him overcome his admitting to taking PED's but it will probably forever come up in conversation with his name.  Still he was a pitcher every team in the league would have loved to have at the top of their rotation year in and year out.