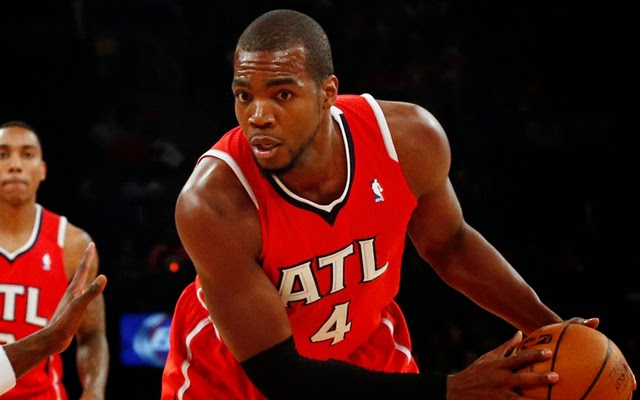 The Atlanta Hawks are 23-20 and as of tonight the 3rd seed in the Eastern conference.  Before the season I wouldn't say this is too surprising.  I would have said it was surprising if I'd known they would have to play without Al Horford since the 26th of December.  You'll say they are only 7-7 since then.  While true I'd say I would expect them to be 5-9 in that timeframe at best and surely wouldn't expect them to beat Miami during that stretch.

No matter how they got to this point Atlanta fans have to be happy.  The loss of Horford could have been devastating to a team their lack of big man depth.  Mike Scott and Pero Antic are not very scary and really not that productive except in reserve rolls.  Paul Millsap and Jeff Teague have carried this team.  All the while getting little from anyone else.  Kyle Korver and DeMarre Carroll will get you a combined 20 points a game which isn't saying anything.  Louis Williams hasn't found his rhythm shooting only 37% total (though 36% from three) while averaging just over nine points a game.

I'll be happy to see Horford back.  The Hawks really need him anchoring the middle and giving them 18 and 9 a night.  To be honest I'd love to see Atlanta add a scorer (Melo anyone?).  They really don't have anything going at small forward or the shooting guard position.  Someone who could take over a game at either of those spots.  But alas Atlanta really doesn't have anything to give up in a trade so I doubt we'll see any big trades come their way.

Bottom line is I'm happy where they are at relative to the roster they have.  I know they are not built to contend with Indiana or Miami in the East or any of the many good teams in the West.  Hopefully they can improve themselves in a trade but I won't hold my breath.  Right now I think a first round win would be a big positive for this team.  Just not sure they can do it.  Will be curious to see how the rest of the season shakes out.
Posted by Bulldog at 11:07 PM