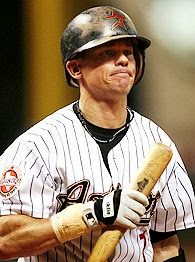 There are definite issues with the voting for the MLB Hall of Fame.  For reasons unknown to even me the Hall of Fame arguments for all sports are a passion for me.  But I love talking about it.  I'm by no means the expert but I value the history of baseball and the players who played the game.  I'm also a stat geek so the numbers that come with baseball is something I enjoy very much.

That alone tells me something needs to be fixed.  I'm all for folks having a dissenting opinion and vote.  But giving up your vote to a website or not voting for an entire era can't be acceptable.  There are too many writers who are no longer involved day-to-day in covering Major League Baseball and haven't for some time.  This is something the baseball Hall of Fame and the Baseball Writers Association must fix together.  The Hall has given the vote to the writers.  The president of the Hall said, and there is some truth to it, that the writers have gotten it right.  The best of the best have been elected.  Others who have not been elected have had their exploits recognized in a part of Cooperstown but they just don't have a bust.  This includes Pete Rose, Roger Clemons, and Barry Bonds among others.   My personal thought is to pare down the number of voters to those who are actively covering the sport.  Ensure those who are voting deserve the vote.  The league has gone from 20 teams in 1968 to 30 now and it seems as if some voters are still stuck in the 60's.

The Hall should also consider opening the vote to others.  Baseball writers aren't the only folks smart enough to vote.  We now have some folks like broadcasters who would fit this category.  Not someone like Vin Scully as he is being paid by the Dodgers.  But there are others.  Again there are plenty of people whether online or in a booth who can and would make a great voter.

Maybe the vote could come down to something akin to how the football Hall of Fame does it.  Once the vote is done put the cream of the crop guys in a room and let them figure it out.  They do it by making their case for the top players and then a final vote is done.  I'm not saying it is perfect but there is definitely to some merit to that way of doing it. 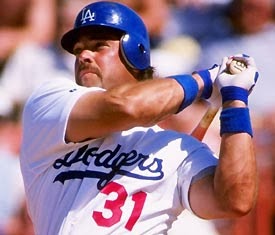 The argument for individual players is just plain tough.  I do think many players should not have to wait X amount of years to get in.  It just seems that if they are a hall of famer in year seven on the ballot they are a hall of famer in year one they are on the ballot.  Craig Biggio is a guy who shouldn't have to wait.  His career speaks for itself.  Jayson Stark laid out the details for Biggio very well.  But he, like many, don't fit some unknown criteria for many.  They don't have something where it seems maybe these guys should be in on the first ballot.  Personally there are few players not in that I believe should be in or at least get very serious consideration.  They include Biggio, Tim Raines, Mike Piazza, Alan Trammel, Roger Clemens, and Barry Bonds.  Jeff Bagwell, Jack Morris, Edgar Martinez, and Curt Schilling might also be on my ballot depending on the day.  Again are they are all hall of famers?  I don't know.  These are just those I think should be in or get great consideration.  Google any of them and  the hall of fame and let the discussions begin.  Again the player arguments are probably the hardest.  Jim Rice is one of my favorite players of all-time.  He made it on this 15th and last time on the ballot.  I'm not sure he is a hall of famer.  Am I happy he is in?  Heck yeah. Always makes for a great discussion.

As fare as the whole steroid era?  I agree with Bob Costas as it shouldn't be ignored.  While it is true some cheated you can't ignore everyone from that timeframe and for those like Clemons and Bonds who were extraordinary players I think you have to put them in.  Should something be said somewhere that they cheated?  Again I think Costas said it right when you say you acknowledge the era for what it was and then vote the players in accordingly.

I heard someone on the radio say the other day that yes this is only voting on players who play baseball, it is a game.  It is a game when kids play it on the street when they are young.  When this was your career, your job, enshrinement into the Hall of Fame is more than that.  It means money for these guys.  Being able to put HOF behind your signature does something for ya.  Is that the most important thing?  No.  But I put this here to add to the importance.  While baseball is a sport it is also how these guys made their living.  It shouldn't be trivialized by folks who want to "make a statement" by not voting for deserving individuals.

Here is the link to the historical voting for the Hall of Fame.  What I like about this page is it shows the top 8 in balloting each year, you can click on the year to see the entire ballot for that year and it shows the HOF designation next each player's name who eventually was voted in.    Makes it easy to see that Billy Williams was 13th in voting in 1982 but would eventually be voted in in 1987. 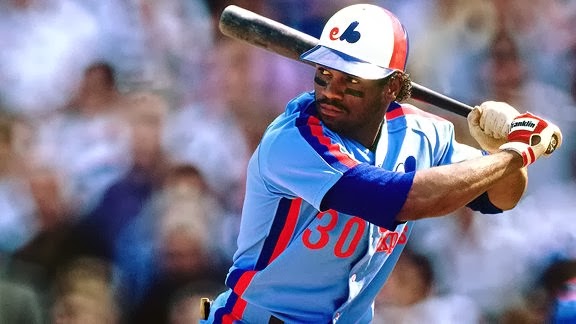 I made this a separate post from my previous post because this shouldn't take anything from those guys who are elected.  This is more complicated than it should be and these discussions should happen but the playes who get in deserve their moment.  Shame on those who publicize giving away their vote on the day which should be long to the inductees.  Players like Craig Biggio and Mike Piazza, the greatest offensive catcher ever, should be in.  What does not voting for them prove?  Ok.  I'm done.  Good news.  Announcement for the NFL Hall of Fame is just around the corner so I'll get to talk on the subject once again.  I can't wait!

Email ThisBlogThis!Share to TwitterShare to FacebookShare to Pinterest
Labels: MLB Hall of Fame