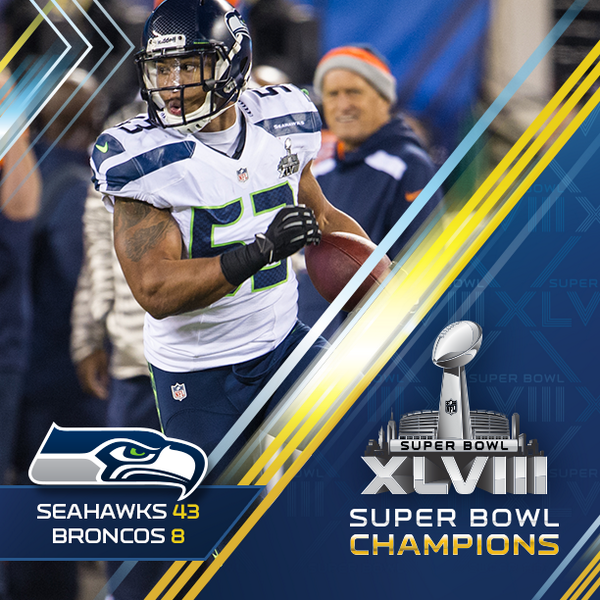 There wasn't much about this game that was a surprise.  Yes the 43-8 score and the ease in which Seattle won wasn't expected.  But I heard so much leading up to the game how good the Seattle defense was and how it was built to beat a team like Denver.  Peyton Manning is not mobile, the Seattle defense would be able to get pressure on Peyton while the defensive backs were capable of staying with the Bronco receivers, among others.

For each of those arguments there was of course an argument to be made for the most potent offense in NFL history.  So while conventional wisdom said Denver could win this game with their great offense and vaulted leader we should have believed in the Seattle defense we had seen on the field all year long. 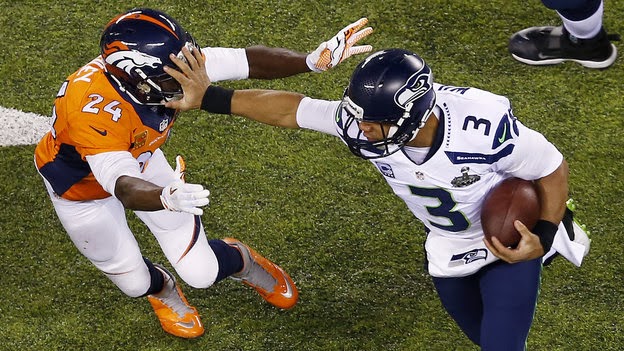 Seattle didn't get all complicated with their defense they just played their normal game and took it to Denver.  While Peyton played at going downfield with the passing game they had nothing.  Their short passes were all they really had to offer up against the Seahawk defense.  And that wasn't enough.  Seattle did get pressure on Peyton Manning and his receivers were never running free in the secondary.  Manning connected well enough on short passes but it seemed like a Seahawk defender was right there to wrap up the receiver as soon as the ball got there.

Seattle deserved the win last night as the better team and for the work they did all year.  It paid off with a dominating performance that won't be forgotten soon.  Denver just ran into a buzz saw of a defense that looked as though it had 14 players on the field most of the time.  I heard both of those clichés listening to the break downs of the game and was wondering if I could get them in here.  Score.  That just shows you what we got in the Super Bowl.  A whole lot of dominating play from one team.  Nothing worth analyzing in a ton of words.  I think you just have to enjoy what we saw.  The Seattle offense, while not showcasing "The Beast" (apropos considering his lack of participation in Super Bowl activities), was very efficient and took advantage of the opportunities given to them. 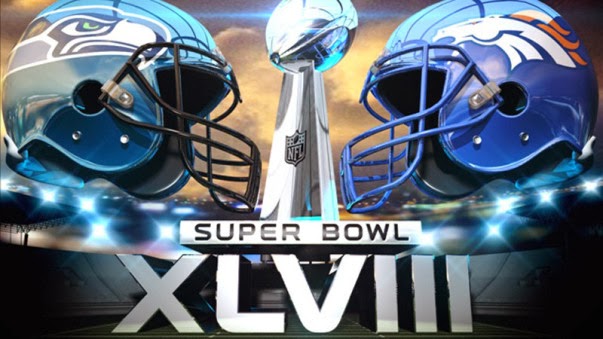 While I was rooting for Peyton and the Broncos I'm very happy for the Seattle Seahawks and their fans.  Every team and fan base deserves to the fun of winning a championship.  This was a fun young team whom it is very easy to be happy for.  I'll be curious to see how they react next season when everyone will be gunning for them.  Yes, I'm already looking forward to next season...  But this was a great one let there be no doubts.
Posted by Bulldog at 1:07 PM