Baseball Hall of Fame - Maddux, Glavine and Thomas Oh My! 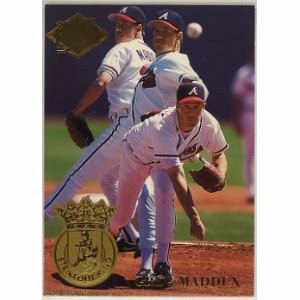 Great week for baseball as three of the greats were elected to the baseball Hall of Fame.  Greg Maddux, Tom Maddux and Frank Thomas will join the legends in Cooperstown come this July.  I wouldn't even begin to argue against any of these picks.  As a Braves fan I'm so excited to see Maddux, Glavine and manager Bobby Cox go in together.  The only thing better would have been to see John Smoltz go in as well.  Joining them is one of the great hitters of his era in Frank Thomas.

Maddux was a slam dunk.  I have to say, and I don't think there is any bias here, he is the greatest pitcher I've ever seen in their prime.  And I got to see a lot of him.  It was awesome.  His command was amazing.  He always seemed in control and did not shake easy.  There are tons of antidotes that will show you there is another side to him you don't expect.  Yes he is a guy who knows pitching inside and out but he also has a sense of humor as well as being a quirky type of guy.  Oh and he is one of the best sports golfers there is.  Ranked 67th I think? 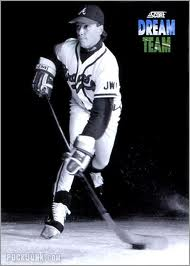 Tom Glavine is a guy who was drafted in the 4th round of the 1984 NHL draft ahead of greats like Brett Hull and Luc Robitaille even though he had told teams he was committed to playing baseball.  Glavine is a self admitted man crush of mine.  He's in the top 5 of my favorite baseball players all-time.  There was just something about how he handled himself on and off the field.  I'm so excited he goes into the hall of fame as a first ballot guy.  There was just a little talk of him maybe not making on this, his first time on the ballot so I am very happy to seem him go in with slam dunk 91.9% election percentage.

His numbers don't lie.  2 Cy Youngs.  Top 3 in the Cy Young voting 6 times.  305 wins.  5 20 win seasons.    11 times he was in the top 9 of wins.  8 times he was in the top 8 of ERA.  He average 33 starts and 215 innings for his career.  Wow.  He is mister consistent to me.  His pitches were gonna be right there on the edges of the plate every day frustrating hitters even though they knew where the pitches were going.  His career highlight has to be game six of the 1995 World Series when he won the first and only championship for the Braves since they moved to Atlanta.  He did it in style with eight innings of one hit ball and for that was named the World Series MVP.  Glavine had a 2.06 ERA in eight World Series starts.  It may be due more to how pitchers are handled today but Glavine could well be one of the last 300 game winners we see in a long time.  That speaks to just how good he was.  Again his consistency in taking the ball every time he was asked to and his greatness was exactly what makes him a perfect Hall of Fame selection. 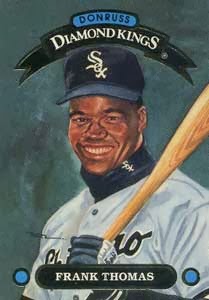 I was actually surprised to see Thomas make it on his first time on the ballot.  That isn't a knock against him but because voters are so tough I thought he would fall short.  Two time MVP.  Career .301 average, .419 on base percentage (20th all-time), .555 slugging percentage (22nd all-time), 2,468 hits, 521 homeruns (18th all-time), 1,667 walks (10th all-time).  I do wish he had not been quite so injury prone.  His numbers would have been HUGE.  I always enjoyed Thomas' big smile.  He just looked like someone who enjoyed the game.  Of course it helps when you are spraying balls all over the field while you are doing it.

Joining these three are three great managers.  Joe Torre, Tony LaRussa and Bobby Cox.  This is one of the greatest groups going into the Hall in a long time.  Wish I could be there.  I know it will be a great weekend.

No matter what I've said or not said the careers of these players say it all.  Go to their individual baseball reference pages to see the whole story - Greg Maddux, Tom Glavine, Frank Thomas.
Posted by Bulldog at 1:48 PM