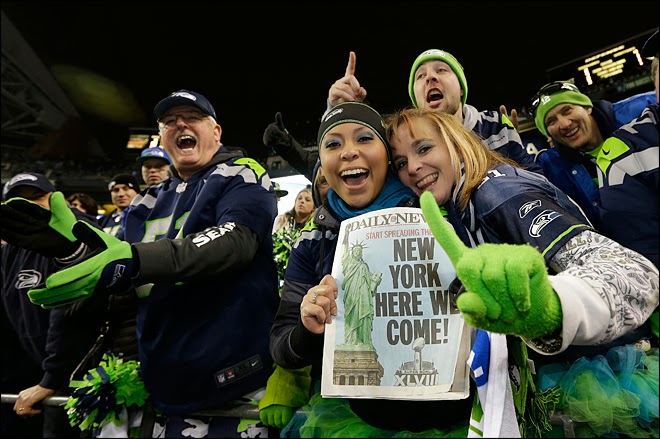 Seattle did a job on the 49ers and go into the Super Bowl with the number one defense and confidence.  I was surprised they beat San Francisco much less how they did it.  It wasn't easy but they took over the second half and put away doubts anyone should have about them as a team.  Their defense is no joke and I don't think it is overrated.  I keep wanting to poke holes in this team but they are for real.  With Marshawn Lynch leading the way the offense can control the ball and wear you down.  Russell Wilson is a young guy I didn't want to like but how can you not?  He is a smart quarterback and how can you not like him when you hear him talk.  Side note.  He sought out Terry Bradshaw and asked him what he needs to do to win the Super Bowl.  Kudos young man.  That is understanding your place and respecting those who went before you.  That aside his receivers won't scare most defenses but again they have made it work.  I think Seattle is poised to upset the Broncos to win their first Super Bowl. 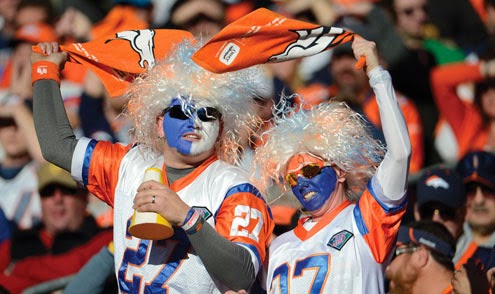 Denver surprised me in how easily they beat the Pats.  No matter how I and everyone else knows the New England offense is lacking any weapons other than Tom Brady, stopping that offense has not been easy for anyone.  Of course the Bronco offense did well too.  They marched up and down the field like they owned the place.  Again the Patriot's defense won't be talked about as one of the all-time best but New England has gotten where it has by coaching to their strengths and exploiting weaknesses.  And it didn't look like Denver had any on Sunday.  The offense  scored at an historic rate this season and while the defense was 22nd in points allowed the team's overall 12.9 points a game positive differential were first in the league.  What that tells us is you had better shut down that offense or it will be a long day.
This is definitely a tough one.  You have to love the defense, running game and quarterback in Russell Wilson that Seattle brings to the game.  But Denver brings an offense that seems capable of putting up enough points on anyone to win games.  Turnovers will be the key.  Yes, that could probably be said of any team.  But Denver had eight turnovers in their three losses this year.  They had only 21 in the other 13 games.  And with the defense Seattle has they are setup to cause turnovers by sacking Peyton Manning, interceptions or stripping the football from any ball carrier.  Still I think Peyton will figure out a way to score enough points to win this game.  Doesn't mean it will be easy.  Seattle's defense should give him and his receivers fits.  I'm just thinking that given two weeks to prepare that the Broncos will be ready and have some new wrinkles in their offense to offset the coverage.  I won't be surprised by the score unless Seattle wins.  Denver could win by one point or thirty.  It is all on the table.  They get on a roll and Seattle could press to stay close and shoot themselves in the foot in the process.  I'm also thinking the weather shouldn't be as big a factor as some are playing it up to be.  If weather is bad yes it will affect how the game is played but both teams are used to cold weather and will be ready for it.
I'll be "rooting" for Peyton.  I'd love to see him get that second Super Bowl ring and be the first quarterback to ever win the Super Bowl with two different teams.  Would also love to see Wes Welker win one after coming so close in New England.  There are other on the Broncos as well who I'd like to see win.  That said if Seattle wins I'll be happy for Seattle's fans and the franchise as it would be their only Super Bowl win.  Every franchise and fan base should get the opportunity.  It is a feeling that can't be described.  So while I may be leaning one way I'm just hoping for a good game.  ﻿
Posted by Bulldog at 9:34 PM