Fandom: My Views and Journey as a Fan

Fandom.  The state or art of being a fan (per Merriam-Webster).  That in itself is pretty straight forward and doesn't sound difficult or hard to comprehend.  If you are a sports fan you are saying "fandom isn't a hard thing" and you are probably right.  I'm just a little different... 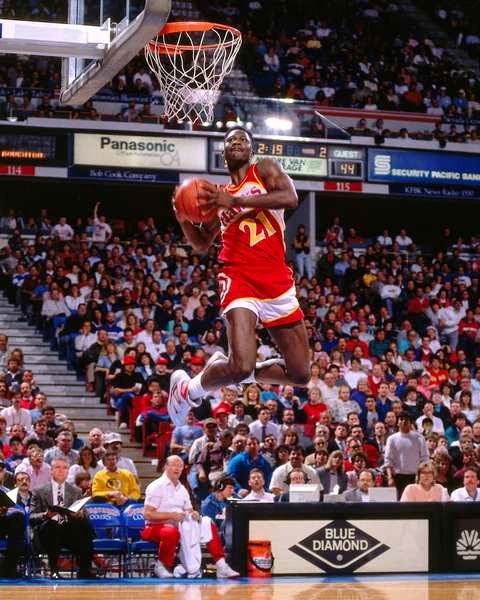 As I grew up in New Mexico WTBS was my link to the sports world as well as whatever would be shown on the networks in the 70's.  For me this meant seeing coverage of all the Atlanta pro teams - Falcons, Flames, Hawks as well as what seemed to be a Braves game every night.  The only "local" team would have been the Dallas Cowboys who were on TV every Sunday.  I was a fan during the 70's and 80's until Tom Landry was fired.  No biggie right?  Well for me I ended up latching on to more than one team in each sports.  So not only was I fan of the Hawks but I also liked the Portland Trail Blazers.  While following the Braves I also am a fan of the Boston Red Sox and instead of just following the Falcons I'm also a Buffalo Bills guy.  College has me following many teams from Michigan (my #1) to Texas Tech, Georgia, and New Mexico.  I know that doesn't seem too far out of the realm of normalcy.  Still some people just don't get it.  How can you be a fan, a true fan, of so many different teams.  I wish I had an answer .  It is just how I've always been. 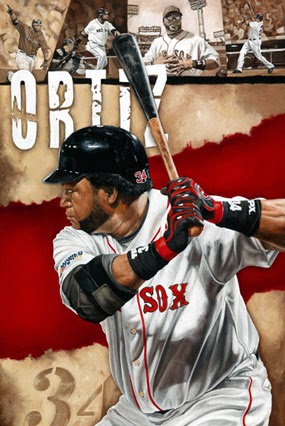 And it was worse at times.  I also was a fan of the San Diego Chargers, Tampa Bay Buccaneers, and Denver Broncos (John Elway era).  In basketball the Spurs, Warriors, Kings (when they were in Kansas City) and sometimes Seattle (back when they were in Seattle only) were teams I've always liked.  In baseball the A's and Royals were the only other teams I've had any real love for but I always find myself rooting for them.  In hockey...ugh that one is really complicated.  Calgary and Boston are at the top but Toronto, Buffalo and the New Jersey Devils were there for a short time.  I'm a casual hockey fan so that makes it even harder.

So you may think yeah it is a little different but so what.  Where this all comes into play is when I'm I'd talk to folks about sports and who we root for.  If I started naming off all these teams I got some really weird looks and people questioned whether or not I was truly a fan.  So I started whittling things down and decided two teams per sport was enough.  Doesn't mean I've dropped those other teams completely but it allows me to have somewhat normal conversations with other sports fans and I can devote my time, and money, to less teams.  I still root for those other teams but I'm just not that hardcore fan.  This last week I rooted for, and so enjoyed, the Spurs as they Trounced the Heat for their fifth championship.

So it probably seems like now I'm talking (typing) to just talk.  Is there a real point to this?  Maybe not but bear with me.  There is so much that goes into being a fan.  Where you grow up.  Being in New Mexico I really didn't have those local teams so I latched on to teams for different reasons.  Coverage on TV, players who I really liked, or cliché as it may sound even the uniforms of the team.  No matter why I chose a team I am a hardcore fan.  I live and die with them each season and always come back the next season no matter what.  I still get made fun of for my love of two teams.  Some friends speak of my baseball team as "BosLanta".  *sigh*  It is all good.  I take it with the fun in which it is intended.  And at it's core that is what it is all about.  Fun.  At the end of the day who I root for in sports isn't a life changing discussion.  But I am sports fan.  It is a big part of who I am and I enjoy those discussions.

One other aspect of fandom for me is I'm always rooting for someone.  No matter who is playing I'll be rooting for one team.  In my mind I'll either like or dislike one team more than the other so I'll have a rooting interest.  Maybe it is rooting against Yankees who I dislike on principal or rooting for the New Jersey Nets when Buck Williams played for them.  Yeah that is an old reference...  It is one more thing that allows me to enjoy games when my teams aren't playing in them.

So fandom is an easy thing at it's core and it is with me as well.  Just because I have two teams in each sport to root for doesn't make me any less of a hardcore fan.  Again it is all about fun and sports is definitely that for me.

Email ThisBlogThis!Share to TwitterShare to FacebookShare to Pinterest
Labels: Fandom