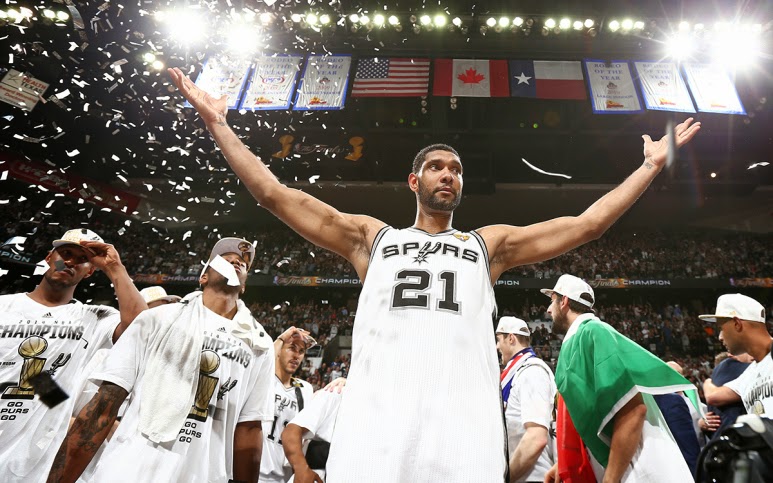 This was not the NBA Finals I was expecting.  It was the one I had hoped for but I did not expect what I saw.  Watching San Antonio lose a heart breaking series last year I dreamed of a rematch in which the Spurs take out the Heat.  While his comments scared me, I wanted Tim Duncan and the Spurs to say "We want the Heat".  I would want nothing less.   They should be pissed they lost last year and should want to take out the "last year of having to live with it" on Miami. 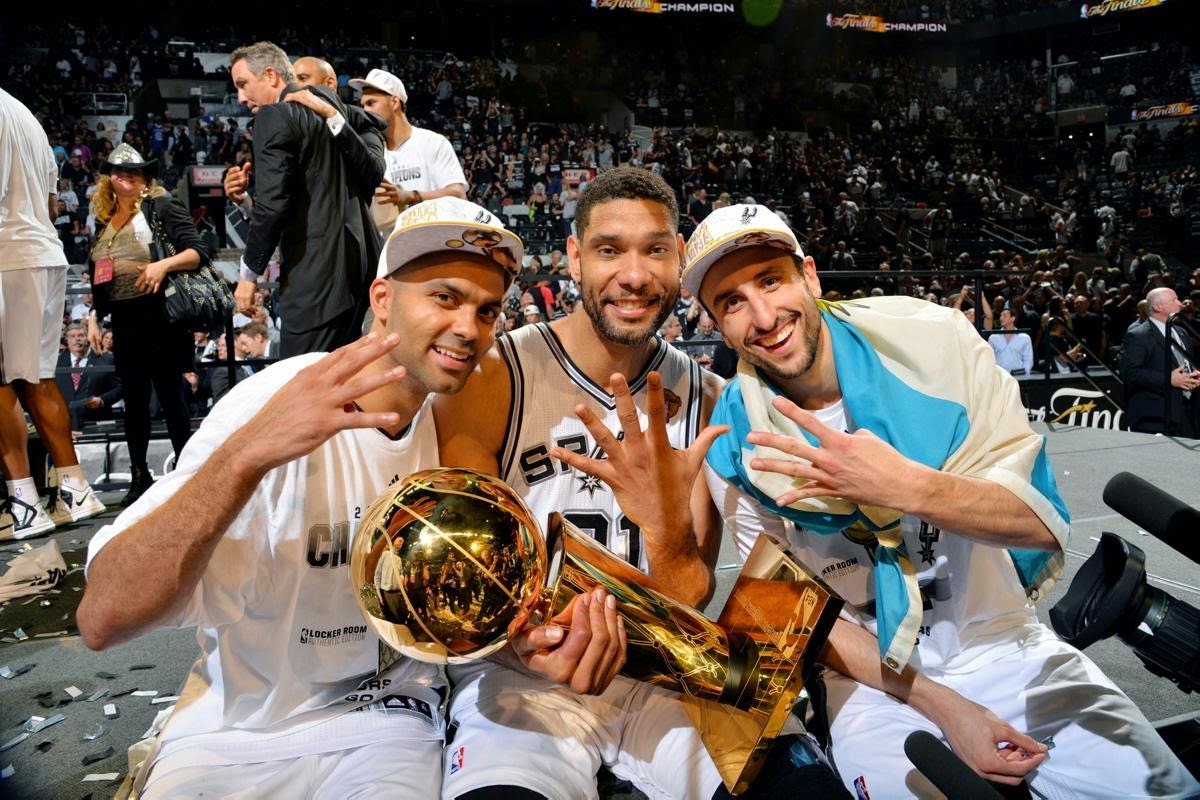 Other than game two this was a total domination by the Spurs.  And game two was very winnable had it not been for four straight missed free throws in the fourth quarter and iffy defense by Duncan on Chris Bosh in the last 30 seconds of the game.  All the talk has been about the Spurs' dominating play, the coaching, the passing and the play by Spurs players not named Duncan, Tony Parker, or Manu Ginobili.  But none of it was overstated.  San Antonio was all over the place on defense never letting LeBron or other Heat players get comfortable on offense.  The Spurs' offense was either running and gunning or constantly in motion.  Miami could never keep up on defense.  San Antonio seemed to have found the fountain of youth while Miami looked like a team who just couldn't stay with them.  Coach Gregg Popovich seemed to know what to do each game and when to do it.  Whether it was moving Tiago Splitter to the bench for the last three games or lighting a fire under Kawhi Leonard he didn't seem to make a mistake.  And the "non big three" players all did their part.  Even Patty Mills was a starred during game five. 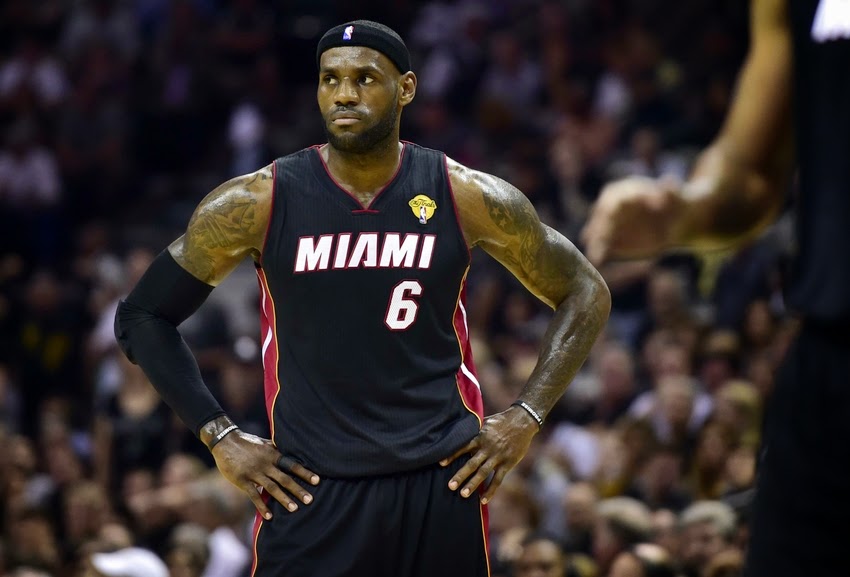 Miami for it's part looked lost and beaten down.  Wade isn't the star he once was and Bosh wasn't a banger but a spot up three pointer guy.  Heck Chris Anderson had more rebounds than Bosh.  It wasn't pretty.  No matter how bad it got Erik Spoelstra never had an answer.  His tinkering didn't work.  I think it was two things.  The talent around LeBron wasn't there and they didn't adjust when the Spurs' suffocating defense took away what had worked for them all year.  San Antonio was just too good to allow the Heat to win on pure talent like they could against everyone else in the NBA. 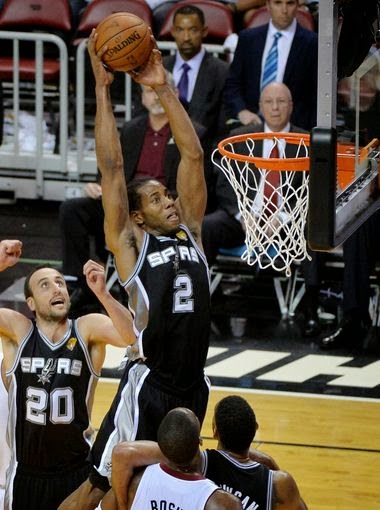 Again San Antonio dominated.  It wasn't even close.  Look at the series box score.  You thought when Miami went up 16 early in game five that the Spurs would have to claw their way back.  It wasn't even close.  They blew Miami away the rest of the game when Miami should have been able to steal a game.  I should have wanted a close series but every now and then you have to love a good ole butt whooping.  Especially when the story behind it is revenge.  And there are many stories besides just the fact they lost to Miami last year.  The Spurs are a team that has many angles to it.  A nice story at Grantland talks about this team.  They dominated in the regular season and sans an unexplainable hiccup against the Mavericks in the first series of the playoffs they were just as dominating in the post season.  They may not be one of the top five teams of all-time but I think they have made the top ten.  Even if they aren't I'd love to see them face off against any of those lineups.  San Antonio was fun to watch.  The Grantland article talks about it.  Commissioner Adam Silver said while presenting the trophy to the winning Spurs how San Antonio showed the world how beautiful basketball is (I'm paraphrasing).  But it was so true.  Their style is exciting and selfless.  The stats from this year's team are mind blowing.  No player average over 29 minutes per game or over 16 points per game while winning 62 games.  That just doesn't seem to add up but that is what makes this team so great.  Ok, I'm done gushing now but I loved watching this series.  It was fun to see the good guys win and see them enjoy a well deserved championship.  I hope I can be back here next year talking about their greatness again.  No matter what they do next year this team is one I won't soon forget. 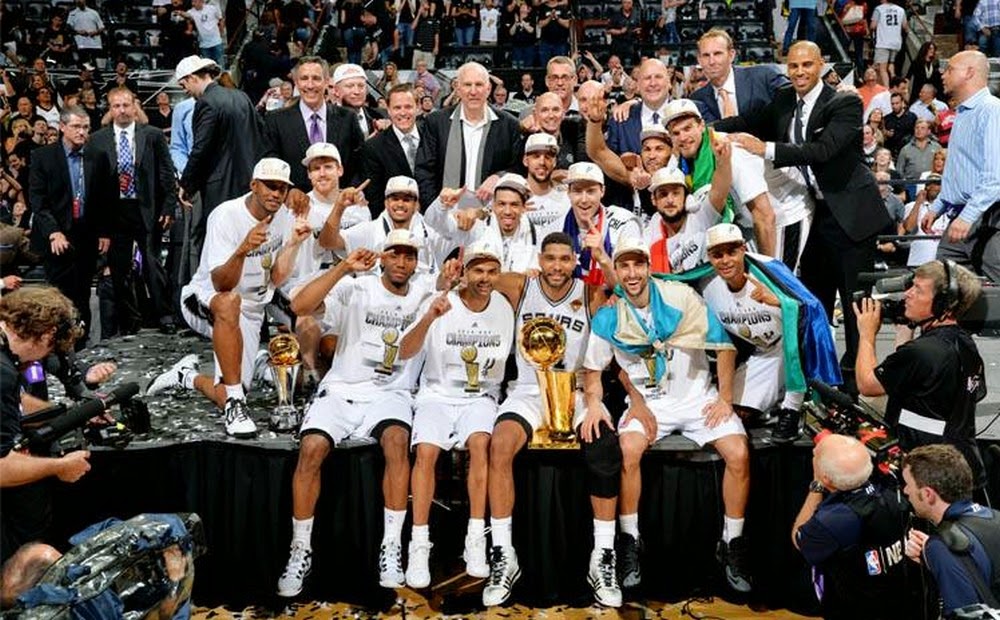