Trail Blazers Season Ends (Yeah this is a little late) 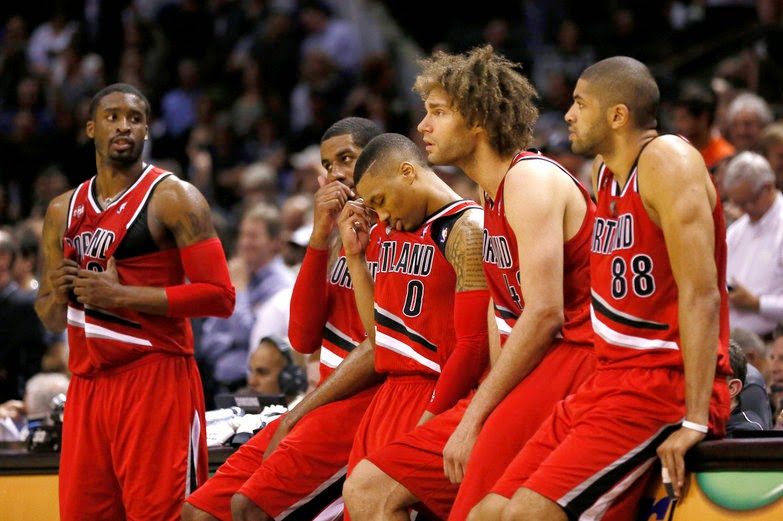 This is a little, well quite a bit, late but I wanted to put a cap on the Portland Trail Blazer season.  Actually San Antonio did that ousting Portland in the second round in five games.  I thought it might go six but they ran in to a Spurs team that was on a mission after barely beating Dallas in round one.  This just wasn't a good matchup for Portland and having no depth hurt this team.  The Spurs stifled the Trail Blazers as the Blazers only shot 41% from the field.  In retrospect we could just say nobody was going to beat the Spurs but the Trail Blazers played well in round one and I still don't think a six game series was too much to ask for.  Portland also turned over the ball 35 more times than the Spurs.  That is crazy for a five game series.  Nicolas Batum alone averaged over four per game.

No matter how it ended it was a good season for Portland.  54 wins and beating Houston in six games in round one was a win as far as I'm concerned.  Now Portland needs to add quality depth in the off season.  The starting five is good but there is next to nothing in terms of production coming off the bench.  They didn't have a pick in last night's draft so developing what they have, trades or free agents seem to be about the only way to go.  We'll see how things look after the summer.  Many teams are looking to move players as they jockey for the best free agents on the market.  A few quality pick ups and this team could be in the second round again and maybe more.  They just have to continue to improve as a team and get a real bench.  It is nice to have a good season in the books and hope for the same or better next year.
Posted by Bulldog at 7:24 PM