2012-2013 Panini Threads is another of the $11.98 retail boxes Wal-Mart now has on their shelves.  This box contained 8 packs with 10 cards in each for a total of 80 cards.  The biggest pull from this box was the Jose Calderon threads card.  I've never gotten a threads card ever so this was a fun surprise.  The front on the base cards has the Prestige logo and set date in the upper left or lower left depending on whether the card is portrait or landscape style.  The team logo is in the upper right or left depending on the orientation of the card.  The players name is either on a team color line near the bottom of the card or the far right again depending on the orientation.  The rest of the front is all picture which is a good thing.  The backgrounds are faded out.  Again in a color of the player's team.  The photos are pretty sharp but not as dynamic as the offerings from some other sets.  Still they are good photos that take up the majority of the card front and I can't complain about that.  I like the fronts and the only thing I'd add is the player's position.  I'm sure it could have been added somewhere.
The top part of the card back is colored in the team appropriate color in something of a cloudy smoky design.  The card number is in the upper left, Panini and NBA logos are in the upper left and the team logo dominates the center of the "cloud".  The player's name appears in large script just below the team logo.  Next down is a section with the players information - Ht, Wt, Birthdate, Round Drafted,  and where from.  Would have liked to see the pick number with the round but that is ok.  The player's college should also be standard on cards.  Next are the stats - season, team, games, percentages (fg, ft, 3p), rebounds, assists, steals, blocks, and points and points per game.  Stats include the last season as well as career totals.  I prefer to have more than just one year but I do like that they include per game stats as opposed to totals.  The lines of stats are highlighted in two alternating team colors.  At the bottom you'll find a write up on the player with the normal generic material.  Not a negative but unless a company gets creative with these I much prefer the stats from additional years.
Rookie cards have a banner down the right side of the card stating "ROOKIE".  They also have a shadow photo behind the player photo on the front.  Besides the thread insert the only other inserts was a connections card featuring Dirk Nowitzki and Steve Nash who were teammates in Dallas at one point and a hardcourt heroes Dwayne Wade.  This is a nice set but I'd probably buy something a little different before adding more of these to my collection.  Still the thread card was pretty awesome.  Not a "money" card but I'm still pretty excited to get one.  If you like basketball cards you should pick these up at the right price.  ﻿ 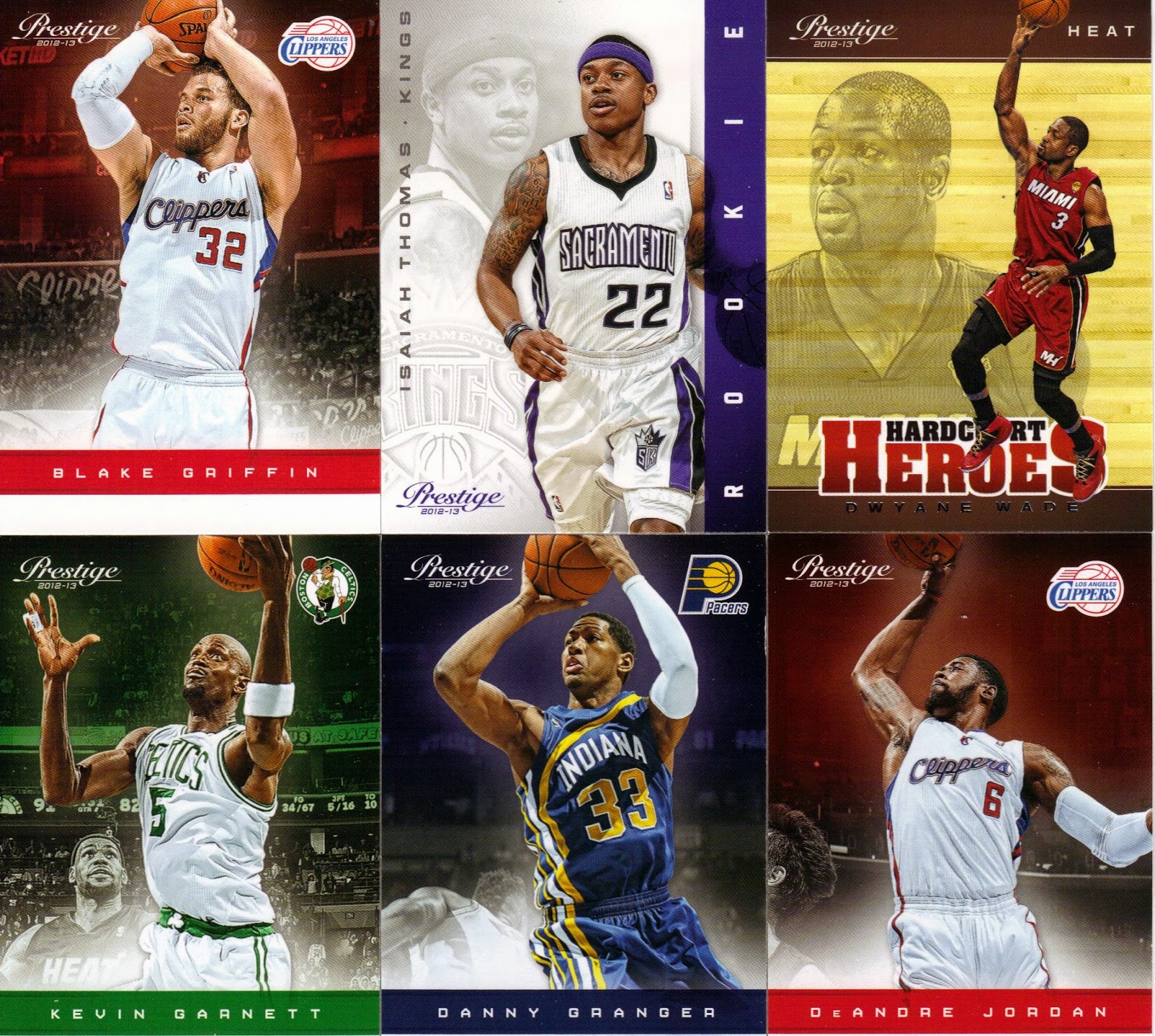