Looked at this set in February.  Wal-Mart has since stocked retail boxes containing a total of 80 cards (10 cards per 8 packs).  These sell for $11.98 and are a good deal to me so I like picking them up.  I had a pretty good draw grabbing LeBron, Nowitzki, Durant, Duncan, Curry, Howard, Parker, and Bryant among many other starts.  Great pull and I just want to share a few of the cards I pulled.  On a side note one thing I noticed when trying to collate the cards by team is that one, there are a ton of players who don't have photos in their new uniforms.  Two, with there being no team logo and the team name in small letters collating was not an easy job.  Minor detail but I've always liked logos on the front and collating was more of a chore than normal because of the two facts. 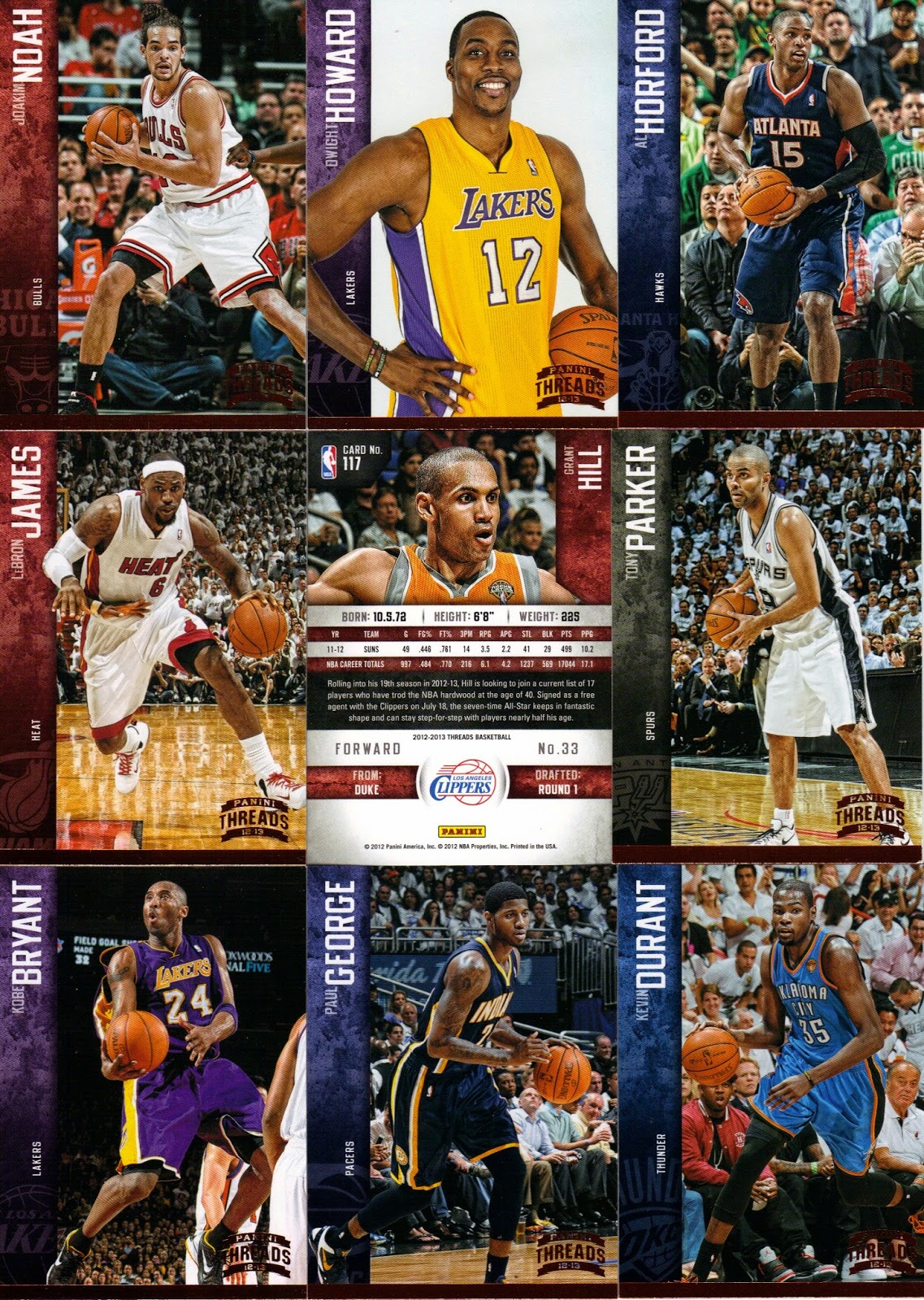