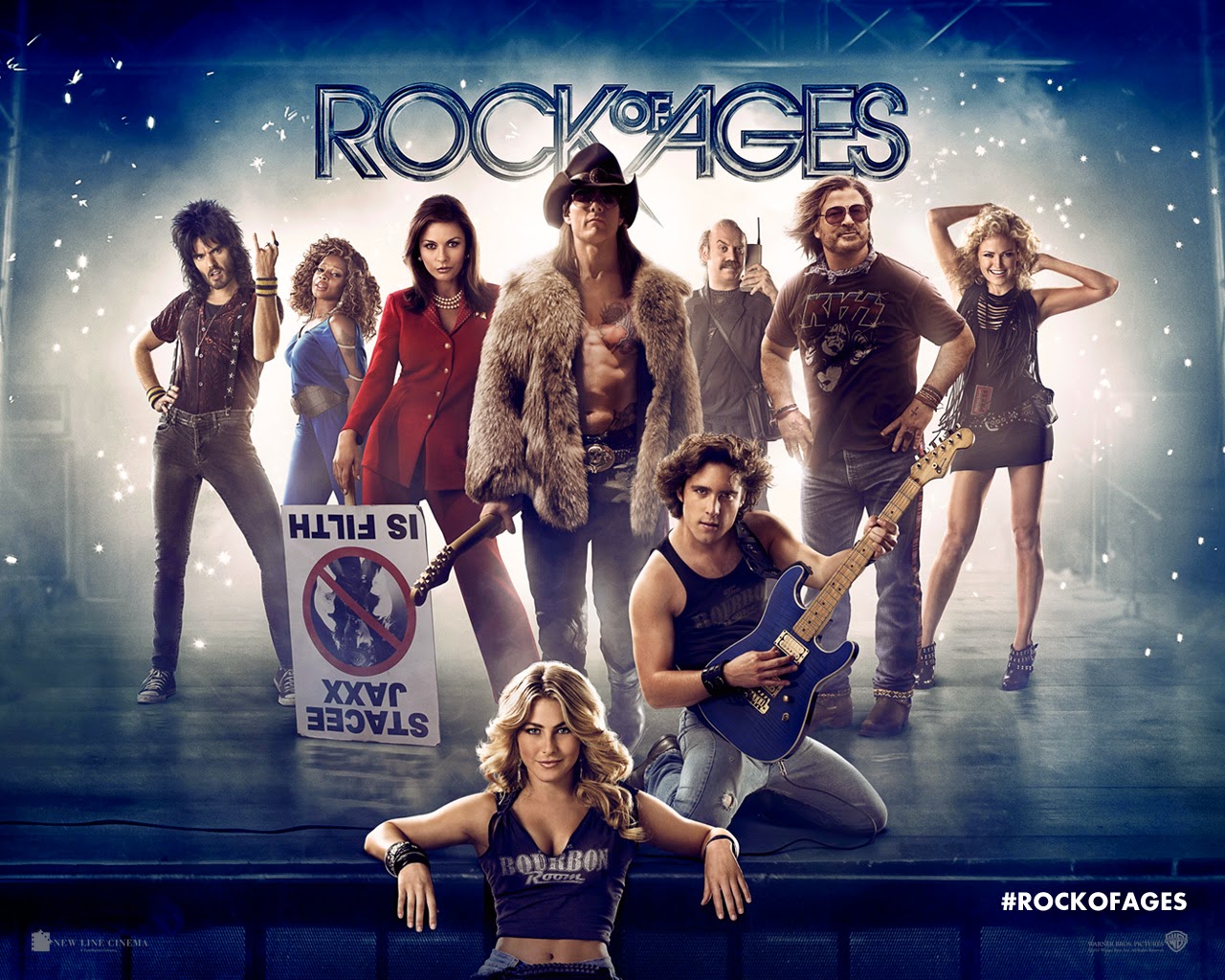 I finally got around to watching the movie Rock of Ages.  This is right up my alley.  My formative music years revolved around hair bands so I was in heaven.  When I heard Rock of Ages was a musical though I was a bit worried.  Musicals are a bit hit and miss for me.  The fact that Rock of Ages didn't get good reviews nor did well at the box office (made approx. $58 million while it was made on a $75 million dollar budget) didn't help my concerns.

Still I new that at the worst I was getting to listen some great music and had actually purchased the DVD from the $5 bin at the local Wal-Mart some time ago.  So it was going to happen and I loved it.  Basic premise is a small town girl and city boy meet on Sunset strip and chase their dreams.  The actors did a great job singing the songs and their are tons of them.  I don't know how many but there were all apropos to the part in the plot.  And I was so taken back to my younger days by them.  Luckily only the dog was around to here my singing.  Lucky for me too as I could really belt them out.  The Rock of Ages soundtrack just moved to the top of must buy music list.

No Oscar nominations to be had here - just fun.  Just watch and enjoy the music.  There is of course the love story from the two main characters but there are also plenty of supporting characters who are all clichés of 80's sterotypes which I loved.  Who can't love the 80's?  While the movie comes in at two hours it went by really quickly.  Bottom line is if you don't like hair bands or musicals stay away.  But if you do watch this movie.  I'm giving this movie 8 out of 10 stars.  Just pure enjoyment. 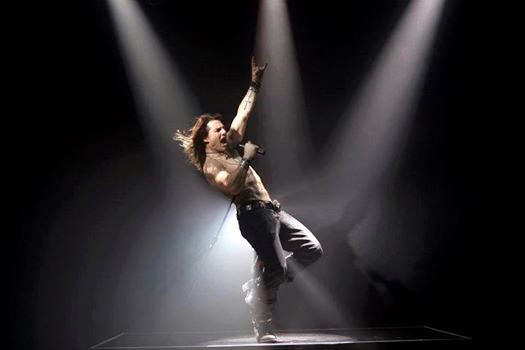