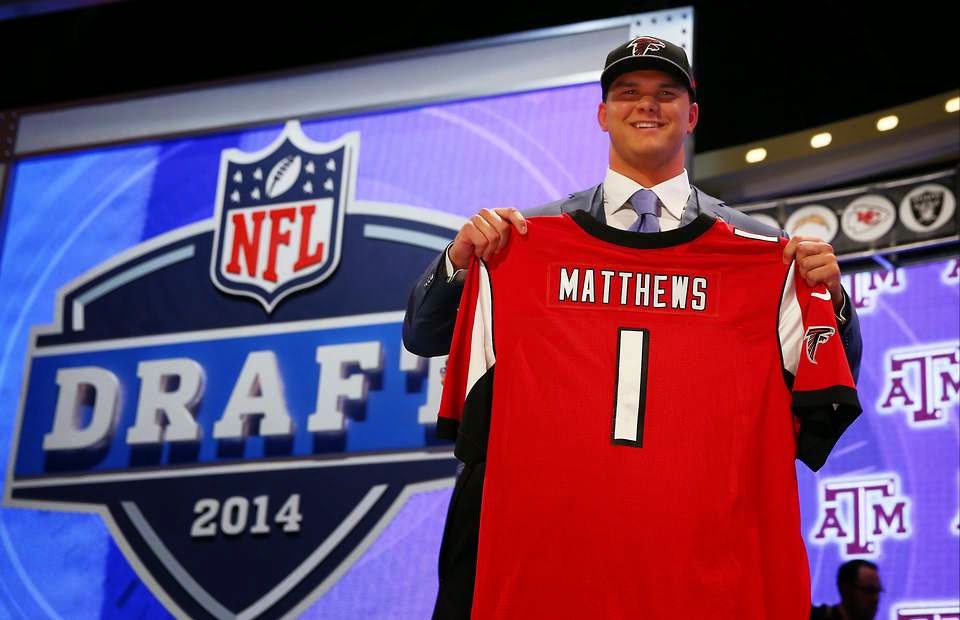 The 2013 Atlanta Falcons finished the year 4-12 after injuries, including starting receivers Julio Jones and Roddy White, decimated the team.  The only good news was the high draft pick the Falcons landed that turned into offensive tackle Jake Matthews.  This was a team that averaged 12 wins the three previous season so I do think the talent is here for this team to be in the playoffs once again.  Whether or not they can compete with the big boys of the NFC is still to be seen.

Atlanta must first keep quarterback Matt Ryan on his feet.  Their 44 sacks allowed were 10th worst in the league.  The fact Matt Ryan was able to throw for 4,515 yards and complete 67% of his passes seems amazing given that fact and his two primary receivers were either off the field or hampered by lingering injuries for the bulk of the year.  First round Jake Matthews should help solidify the line but the loss of starting left tackle Sam Baker may offset some of that gain.  They did make another key move in adding Jon Asamoah via free agency.  Hopefully it will be enough.  Receiver Harry Douglas is a quality number three option and played very will when filling in for Jones or White.  At running back I'm very worried.  Stephen Jackson is one year older after having the worst year of his career.  He missed four games due to injury and wasn't effective when he was on the field.  Backup Jacquizz Rogers didn't show anything that makes me think he is the heir apparent in the backfield.  Some are high on rookie Devonta Freeman from Florida State.  I think that is a lot to ask of a rookie back.  Add to that the retirement of hall of fame tight end Tony Gonzalez and the offense isn't in the clear yet.  And no there isn't a passing tight end waiting in the wings.  Still this team should be able to score some points.  I just hope the line can hold and we aren't talking about a Matt Ryan injury at some point. 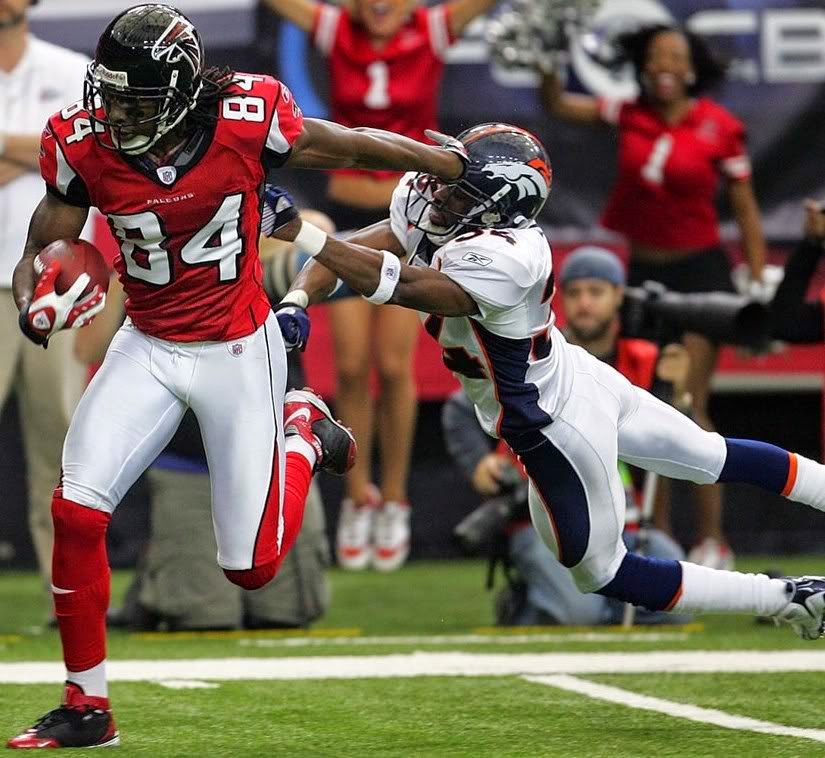 The defensive line was helped in the offseason via the draft in hopes of shoring up the run defense (31st in yards allowed).  Hopefully the moves work.  If teams continue to run over the defense it may not matter how good the rest of the team is.  The linebackers didn't get much help but if healthy they have to be better than last year.  Desmond Trufant and Robert Alford give the Falcons decent cornerbacks in the secondary.  The safety position is in flux after Thomas DeCoud left for Carolina.  William Moore leaves some veteran presence back deep but who will play opposite him isn't settled.  They reached in the third round of the draft for safety Dezmen Southward and signed Dwight Lowry who was waived by the Jaguars.  A lot of question marks here.  Good health will help some but rookies will need to play well and others will need to improve on previous years performances for the defense to make any headway.  A lot to ask for.

Atlanta has it's work cut out for it.  The offense should be better this year (20th in points last year) which will be good. New kick return Devin Hester should also help with providing improved field position.  I think the defense will be where the Falcons struggle the most.  No matter how much they score I think the defense will keep opposing teams in the game.  Even with Carolina, New Orleans and what should be an improved Tampa Bay team in the same division Atlanta can get back to the playoffs.  But again it will hinge on the offense and staying healthy.  That is asking much but that is what we fans do.  In the end I think Atlanta gets nine wins and will be in the hunt for the final wild card spot.