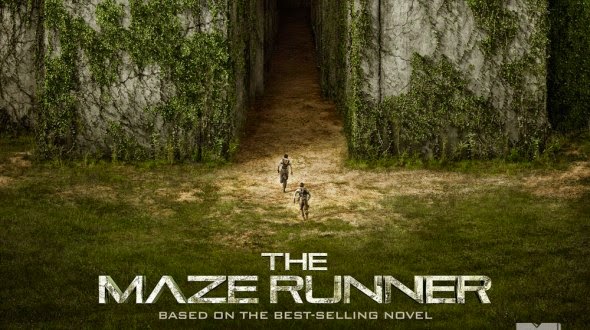 Yesterday was the daughter's birthday and she wanted to see The Maze Runner.  We found it at a local drive-in theater and went last night.  It was the Skyview Drive-In.  First we really enjoyed the drive-in experience.  Three of us sat outside on lawn chairs with a  radio which we had tuned in to the radio frequency they broadcast the sound through.  Two youngins sat in the truck and used it's radio.  Been a long time since I've been at a drive-in.  Probably 15 years.  Good stuff.

SPOILER ALERT:  To the movie.  I didn't know anything about the movie going in.  My perception was that the movie was geared towards a younger teen crowd.  I'm thinking that I'm pretty close on that thought.  The basics are that boys have been put in the middle of a maze starting three years ago.  A new boy shows up every month.  The boys live in a the center of the maze which has giant walls keeping them in except for when the walls open during the day.  These walls open up to allow the boys access.  The maze itself changes throughout the day and night.  "Maze runners" are those who go out and search the maze trying to discover a way out.  The maze walls close every night and no one who has been stuck in the maze overnight has survived. 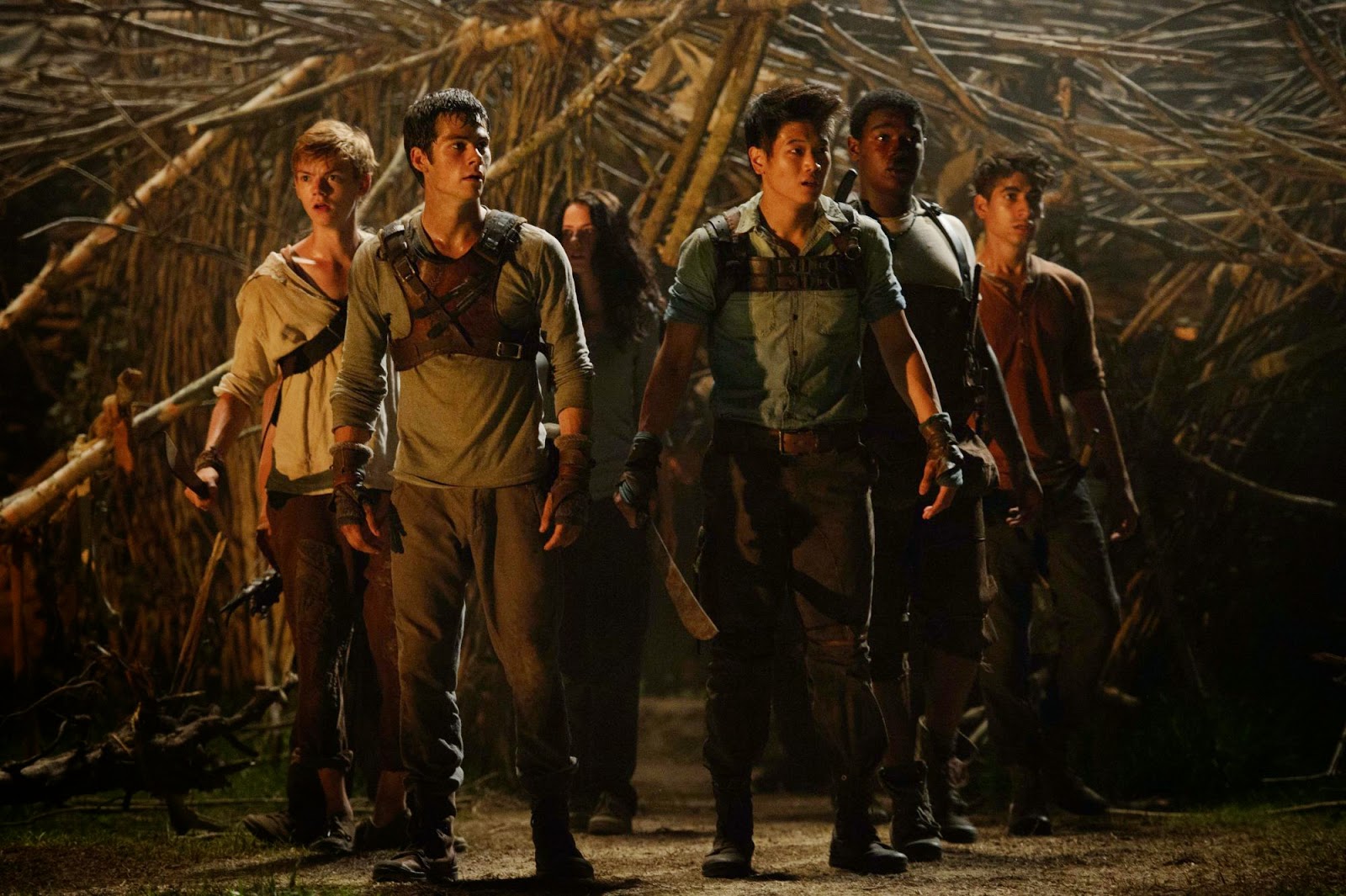 The last boy to arrive (Thomas) doesn't believe in the status quo which is just staying in the center living their days out.  He breaks the rules by going into the maze when he shouldn't.  He is challenged and even blamed for misfortunes that soon fall upon the group.  The last person to join their group is a girl with a note saying she is the last which worries everyone since they need the supplies that arrive with the newcomers to help them live.  After Thomas goes into the maze and kills one of the creatures that live there the door walls to the maze stay open.

This is the beginning of the end as the creatures that once stayed within the maze attack the area where they live.  Some die, some live and some believe more than ever than Thomas and the girl are at the root of all that is now wrong.  The division leads Thomas and others to go into the maze to an area they believe they can escape through which they eventually do after more encounters with the beasts.  At the end they learn why they were in the maze and are rescued by unknown troops.  After that it is learned that all is not as they thought.  It was all a plan but to what end we don't exactly know yet.

I've left out many details but that is the gist of it.  I liked the movie and if I was rating it I would give it 6.5 stars out of 10.  I think it is good and it probably will be popular with the crowd it was geared towards.  It is entertaining and I liked the concept.  I did think the ending was a letdown but it has obviously been made with a sequel in mind.  That is just what we tend to see now days.  We don't quite get that satisfying ending we come to expect with stand alone movies.  Still if you were thinking of seeing this movie I suggest you do so.
Posted by Bulldog at 7:31 PM