The Washington Redskins Controversy - Where Do I Stand? 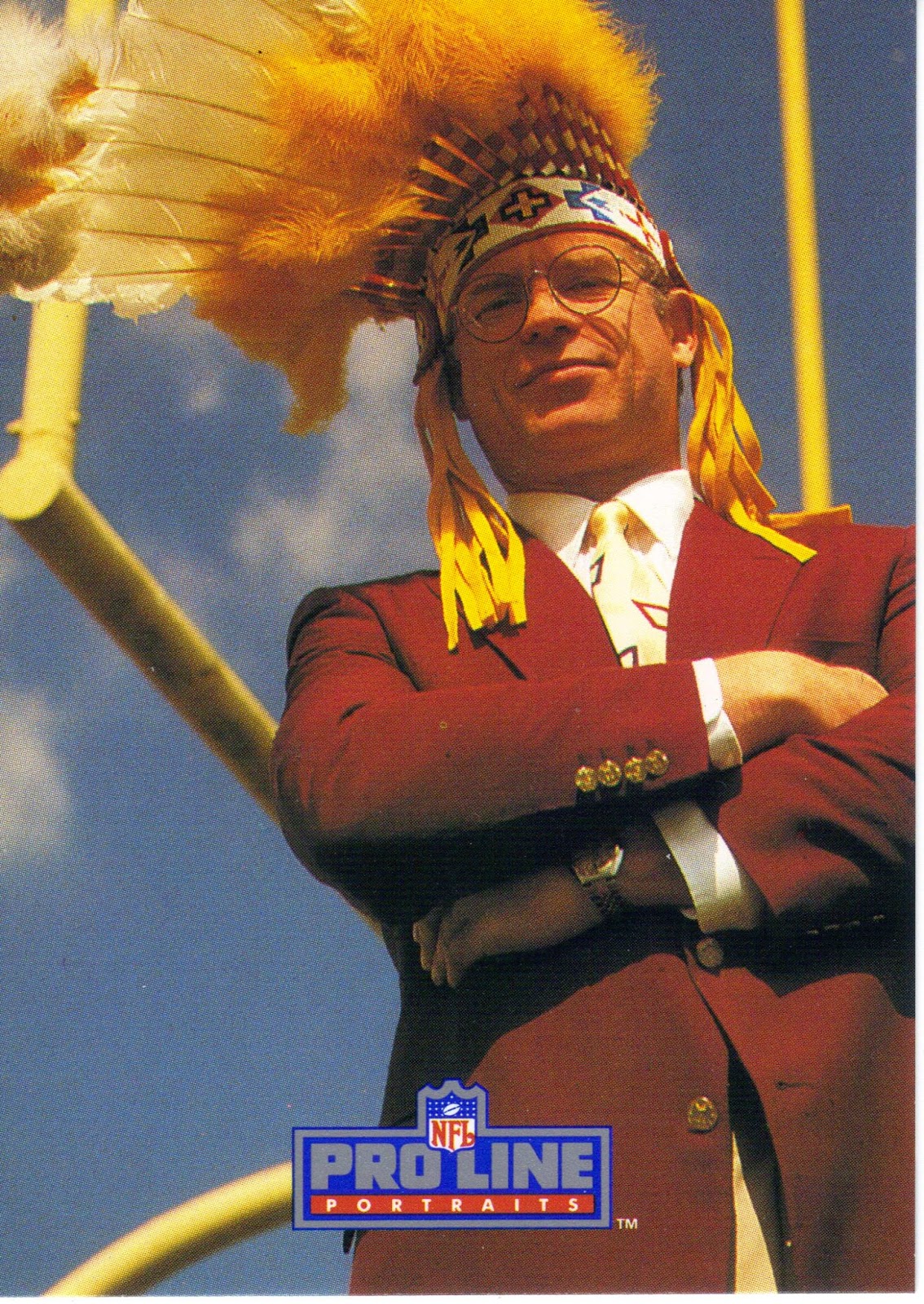 So I'm going through my old sports cards and I run across the one above.  That is John Riggins from the 1991 Pro Lines Portraits set.  First off I don't think you'll find any current Redskins players wearing a Native American headdress.  That would set off a firestorm in a hurry.  So Washington is taking tons of heat for having a name offensive to Native Americans and I want to weigh in on the subject.

I'm a big sports history guy and I'm not a fan of teams changing names.  It doesn't happen often unless a franchise changes cities.  The Washington Bullets changing their name to Wizards due to violence in the cities was the reason the NBA franchise made the move.  I thought then, and still think that was an overreaction.   Other than that instance I'm not familiar with a major pro franchise changing it's name due to controversy or perceived issues with the name itself.  Well, Tampa Bay changing from Devil Rays to Rays might fall into that category but I'm not sure.  Still it is rare. 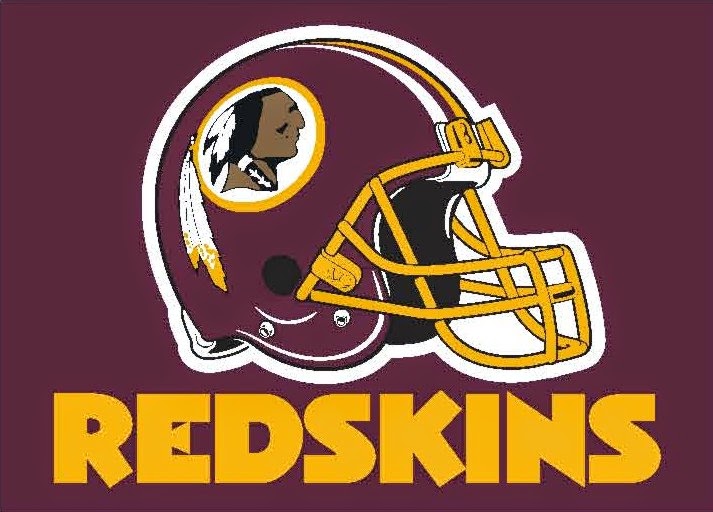 Back to Washington.  Their name is one you can specifically say is offensive.  Owner Dan Snyder will vehemently disagree with anyone who thinks that.  He said in a recent interview that it means "honor, respect" and that the name was to honor the team's first coach, a Native American, and the logo was designed in conjunction with the National Congress of American Indians and chairman of the Blackfeet Nation.

I have no doubt that there was no malice in naming the franchise Redskins.  Many will point to that and again say it pays respect to Native Americans.  I've gone back and forth on this.  The sports guy in me wants Washington to keep their name and I dug in my heels when this issue first started to gain traction.  I finally took a step back and just looked at the name.  While I don't know the specific history of the term I do believe the term, at it's core, is derogatory.  To that end, and to the detriment of my sport's self, I think Washington should change their name.  There is no reason a team or anyone should hide behind history to allow themselves to get away with this.

Now are the Redskins the only team with a team name that falls into this category?  No.  Look here to see a list of other teams pro and amateur that have names that can be offensive.  Other good articles look at the subject.  This one has a timeline up to present day looking at offensive names.  One last article looks at different names and breaks them down.  Obviously there is plenty of reading material on the subject.  I don't think Dan Snyder will change the name anytime soon.  As commissioner Roger Goodell has stated, Dan Snyder owns the name which he acquired when he bought the franchise.  Goodell's passive stance alone provides Snyder time.  While congress, activists, and even other owners can apply pressure, the NFL is the only one with the oomph to make Dan Snyder make the change.  I'm actually surprised with the NFL's passive approach to the argument.  Of course it could open up a can of worms and drag the Chiefs into the conversation as well as start the ball rolling in other pro leagues.  It won't be pretty.

Communities that have grown up with these team mascots have zero ill will towards Native Americans and don't think their communities should suffer due to others reading "too much" into a name.  I get it.  I was there and I'm not sure how far it will go.  I do hope communities can do the right thing when they should and I don't think that means a change is necessary in every case.  They should be looked at individually.

I am wrong though.  Those with the most pull in this are the fans.  If enough would stand up and boycott the team, Washington would be forced to change or go under.  That is a pipe dream.  Too many fans are loyal and getting that many people on the same page of any argument is tough.  Still money holds the most sway in any argument.
Posted by Bulldog at 9:52 AM