Portland is coming off a 54 win season and a first round win over the Houston Rockets.  The Western Conference hasn't gotten any easier but expectations are still high for this team.  I like what coach Terry Stotts is doing with the team and think this team can definitely improve though I know it won't be easy.

In the back court young star Damian Lillard holds down the point guard position after averaging 20 points and 5.6 assists a game.  Beside him was Wesley Matthews who averaged almost 17 points per game.  Both shot 39% from from three-point land.  I love this backcourt.  A point guard who can distribute the ball and score and a wing who can hit it from downtown.  Steve Blake, back after being signed as a free agent this summer, will be the new backup point guard.  I like him as guy who won't turn it over much and can hit a jump shot.  C.J. McCollum will come off the bench as a shooting guard and may see some time at the point as well.

Star LaMarcus Aldridge is the leader of this team and a stud in the front court.  I really think he is a guy who can help take this team to the next level.  His 23 points and 11 boards are only part of what makes him great.  Nicolas Batum joins him in the front court.  Another guy who can stretch the court with his outside shooting where he hits a 36% clip.  Batum added 13 points, 7 boards and 5 assists per game.  Great production.  Thomas Robinson (PF) and Dorell Wright (SF) will come off the bench.  At center Robin Lopez returns to defend the paint.  He gave this team much needed defense while putting up 11 points and 8 and a half rebounds per game.  Journeyman Chris Kaman comes in as the new backup.

Overall this is a solid team.  Their ability to score inside and out make them a tough matchup.  They need to grow some for them to get to the next level - a team that can get past the second round.  I think they can do it but while they added decent players in Blake and Kaman I don't think that adds up to a ton of improvement.  That means it is on coach Terry Stotts to help make this team better.  Again I like him and hopefully he can get more out of this team.  Timing also plays a part in these things.  Is Houston as good as last year?  Will San Antonio finally grow old?  How will Kevin Durant's injury affect Oklahoma City?  Can Phoenix play at the same level as last year?  I think Portland is a 54 win team again this season.  I also think they can win 54 games and be a better team.  With improvement as a team this team could definitely be a contender for the Western Conference title. 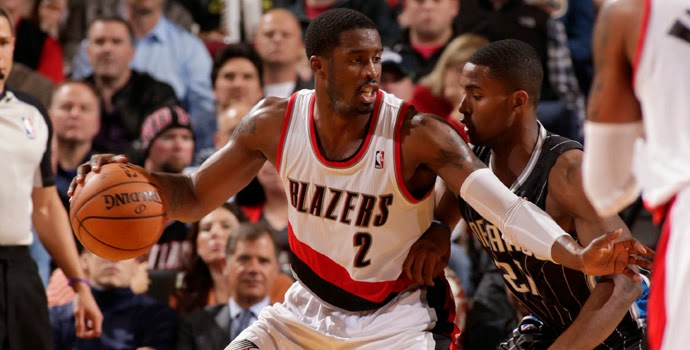