After their 2013 World Series win over St. Louis Boston struggled to a 71-91 record last year.  Enter two big bats to help turn things around.  Hanley Ramirez and Pablo Sandoval join the team to help solidify third base and the outfield respectively.   These two will add quite a bit to a lineup that struggled last year.  I like the additions and how it makes the lineup look.  Rookie Mookie Betts will get a chance to show he is the real deal at the major league level.  A big time prospect, Boston would really like him to stick after apparently striking out with Jackie Bradley Jr.  The ageless one, David Ortiz, will anchor the middle of the lineup with first baseman Mike Napoli also back to add power.  I do believe one of the keys to the lineup will be Dustin Pedroia.  While it wasn't a bad year for him last year it wasn't typical.  Hopefully he can rebound and hit with a little more power and average.  With a lineup that might look like this from the two through sixth hole offense shouldn't be a problem - in theory:  Pedroia, Ortiz, Ramirez, Sandoval, Napoli.

The pitching staff is more of an enigma for me.  There are some good pitchers there but I'm not convinced they can carry the team to the playoffs.  The starting five will probably look like this though the order will differ some:  Rich Porcello, Clay Bucholz, Wade Miley, Justin Masterson, Joe Kelly.  Buchholz struggled last year (8-11 5.34) and he needs to be at his career 3.92 ERA to give the Red Sox a year worthy of a number two starter.  That said Porcello was the only one of the five to have an ERA below 4 last year.  Doesn't exactly make me feel great going into the year.  Again all 5 are solid but if Porcello and/or Bucholz struggle this could be bad.  I don't see much depth to pick them up.

The bullpen is in good hands with 40 year-old closer Koji Uehara as long as age doesn't catch up to him.  Junichi Tazawa had another good year and will hopefully be back with the same in 2015.  Otherwise the rest of the bullpen is average with some like Edward Mujica and Craig Breslow needing bounce back years to make a positive impact.

Some say this will be a down year for the American League East and Boston should vault their way to first place.  I'm not so sure.  Baltimore was very good last year and Toronto is always retooling.  If nothing else this will make for a lot of very tough games.  For me that also says that everything needs to go right for this team to reach first place.  Not saying they can't but I'd be surprised.  I do think they can win another eight to ten games but for me it all hinges on the pitching.  I like the moves the Red Sox made and hope they all work out.  Just not sure this is a team built for long run. 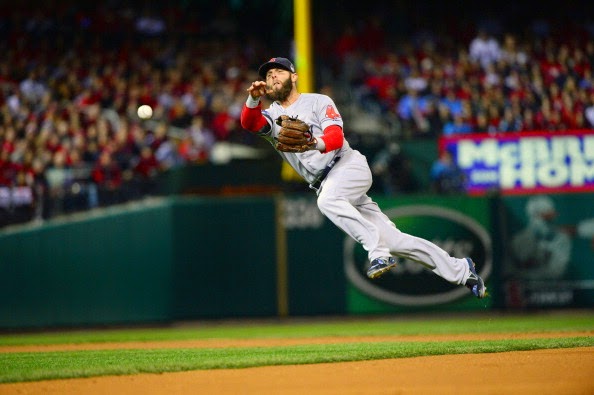