By far my favorite box of cards I picked up at the show were the 1991-1992 Hoops basketball.  Again for $5 I received 36 packs of 15 cards each for a total of 540.  Nice design and great subsets.  Supreme Court cards were stars that might not normally be found in a series two set.  There were art cards for each team which I really liked as well as draft pick cards, all-time leader cards and cards detailing the Finals series between Chicago and Los Angeles.  My favorite by far though is the USA Basketball subset.  I had recently read, and reviewed, Jack McCullum's Dream Team book so this was great timing.  All of the 1992 Dream Team and coaches were in the set.  There were also players from past Olympic teams who were currently in the NBA.  Again a great box and loads of fun. 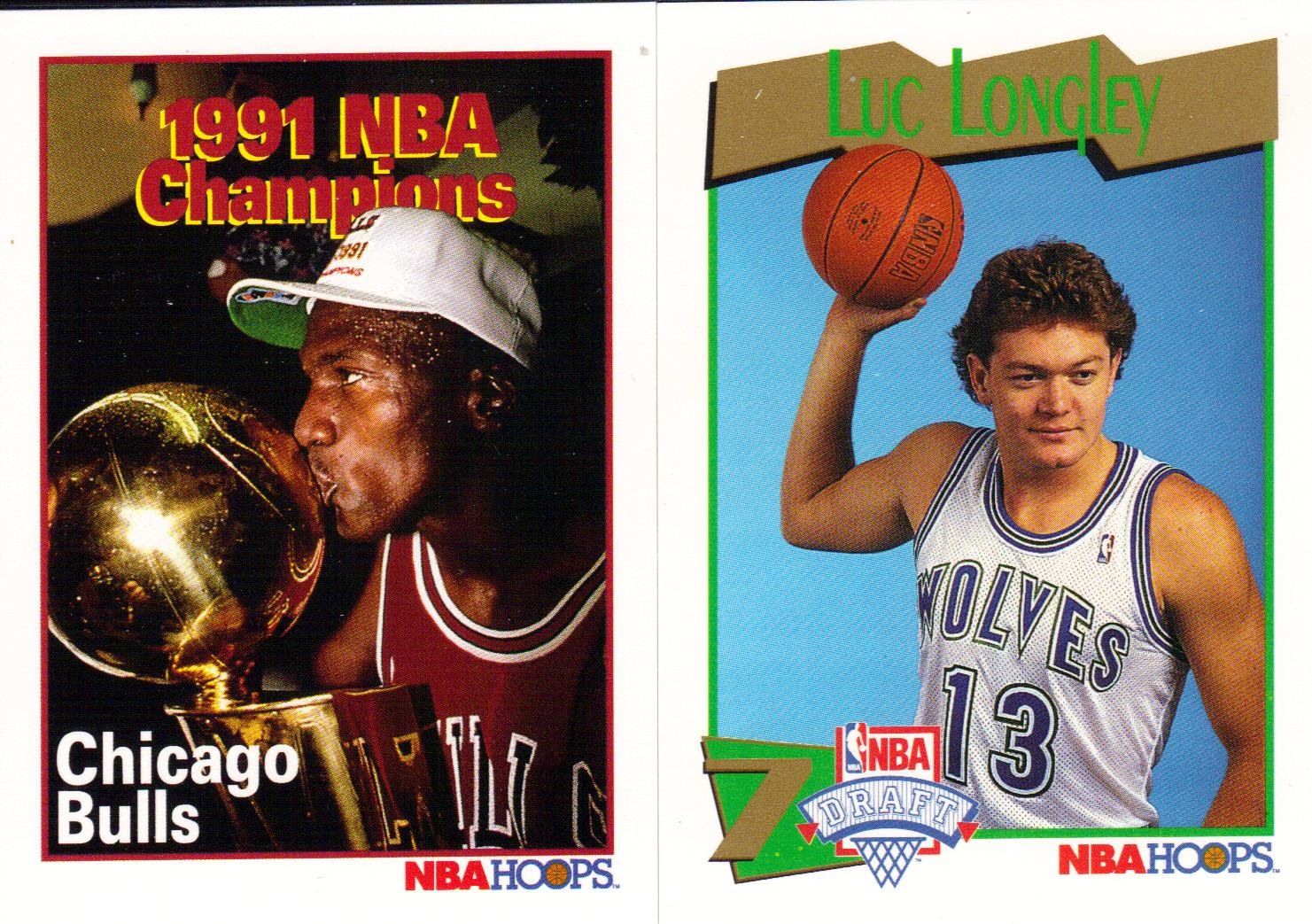