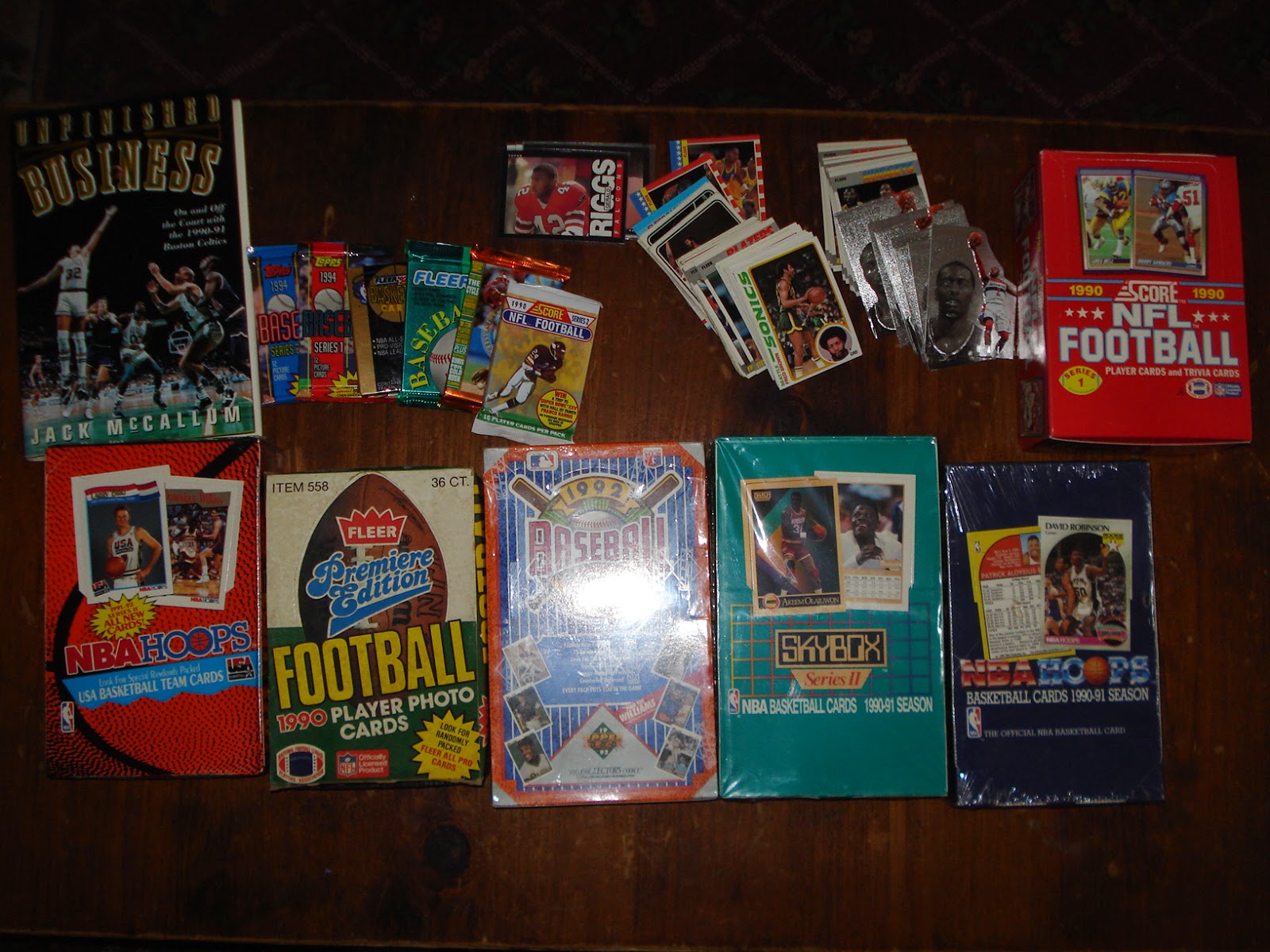 I headed over to the latest sports show in St. Louis last weekend with my buddy.  Great show as always.  I was able to pick up six boxes of cards for $5 each.  I won't send any kids through college with these cards but that isn't the point.  It is all about the fun and six boxes at that price is great.  I enjoyed the heck out of opening all those packs.  It brings back memories and opening packs is a favorite part of the hobby for me.  I'll post more on each of the goodies I was able to score but my favorite box was the 1991-1992 Hoops series II.  I didn't have a ton of these cards before now and having just read the book on the '92 Dream Team I was excited to see the Dream Team inserts.  I'll definitely keep that sub set.

I also grabbed the hardback book Unfinished Business by Jack McCallum which chronicles the 1990-1991 season of the Boston Celtics.  I had just tried finding this on Amazon the week prior and couldn't do it so getting this for only $5 was nice.  I also grabbed some single "wax packs" as well as got to rummage through some quarter bins grabbing quite a few singles, the majority of which were NBA cards from the 70's.  Another great show by the After the Game Inc. guys.  They did have a few of their signers that cancelled on them and weather probably put a dent in the Sunday portion of the show but it was still fun.  My buddy and I look forward to their next show in October which looks to have a little more variety to include Jose Canseco and Ric Flair.   More information can be found on their Facebook page.
Posted by Bulldog at 2:13 PM