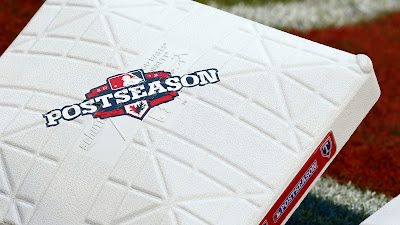 Playoff time is here again and I have to get my two cents in.  I'll start in the National League.  If you are the Pittsburgh Pirates you are hating life even if you won't say it publicly.  First you're perennially stuck behind the St. Louis Cardinals which has meant you are again a wild card team despite winning 98 games this year (88 in '14, 94 in '15).  To add insult to injury you are stuck playing the 97 win Chicago Cubs and their Cy Young candidate in a one game playoff tomorrow night.  As much as I love the Cubs' story I'm rooting for the Pirates.  They have done well the last three years and I'd like to see them rewarded with a division series win.  To do that they'll have to get past the Cubs and the 100 win Cardinals.  Their work is cut out for them but I have hope.  The Dodgers host the Mets in the other Division series.  I like L.A. here if for no other reason than the 1-2 punch of Kershaw and Greinke.  If by chance the Mets can win one of those games they have a shot at winning this series but I think this series hinges on those first two games.  The Cardinals just win.  I don't have a clue how but they win.  Living near St. Louis I have to live it all season...in depth.  That said I think that some of the injuries they're dealing with may be too much for them to overcome.  The Cubs and Pirates are both loaded for bear and should be able to beat the Cardinals.  It may be wishful thinking but I think they can.  I give Pittsburgh a better shot than the Cubs but neither can be counted out.  So I'm thinking Dodgers-Pirates in the N.L. Championship Series.  From there I have to stick with Pittsburgh.  I think in a seven game series they can still beat the Dodgers even if they have to face the "Dynamic Duo" four times.  The Dodger's inconsistent offense will be their downfall.

In the American League the Houston Astros and New York Yankees square off tonight in the wild card game.  I have a feeling the Yankees win this game but how great would it be for Houston to host a playoff game this year?  Their fans and the franchise has suffered for a long time.  Still New York probably takes it.  I don't think either team can beat the Royals so Kansas City should be in the A.L. Championship series for the second year in a row.  Toronto hosts Texas in the other series.  The Rangers are another team we didn't see coming this year, especially after the first half of the season.  Still Toronto has great offense and enough pitching to get by most teams and that includes the Rangers.  Can Toronto get past Kansas City in the next round?  I think so.  Again their offense should be the tipping point.  Kansas City is a very good team overall so I would never count them out (see last year's playoff games as proof).

So how about a Blue Jays - Pirates World Series?  I'm digging it.  I think the Blue Jays take it all though with an offense that can pummel the best of pitching staffs.  It could still go seven games which of course is what I'd be hoping for in any scenario.  With my teams nowhere to be found in the playoffs I always find teams to root for and this year has plenty of options.  I'm all in on Pittsburgh but the Cubs are so good of a story that a World Series appearance would be nothing less than lots o' fun.  In the American League Houston and Texas have never won a World Series and Kansas City and Toronto haven't won one in a very long time.  All would be great stories but that doesn't mean any of the other teams wouldn't be.  I just know who I'll be rooting for.  Pittsburgh and Kansas City (with Houston close behind).  Still I believe we'll see Toronto as the champs once it is all said and done.  More than anything I hope for some great moments, great games, and plenty to talk about the next day at the water cooler. 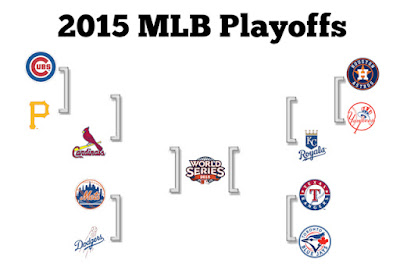