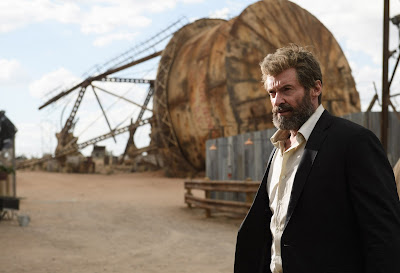 SPOILER ALERT:  We watched the movie Logan on Thursday and really enjoyed it.  I've heard some say this is the way the hero movies should be made.  It is gritty, has a different tone than other hero movies and showcases violence during the action.  The movie shows Wolverine (Logan) and Professor X in the future where the world isn't dominated by mutants as it once was.  Logan is trying to care/protect Professor X who is now prone to causing destruction when having seizures.  This causes Logan to hide him while using drugs as well as a Mutant named Caliban to help keep him safe.  Logan's goal is to make enough money, as a limo driver of all things, to get them to a place where they can live out life safely.

But things happen as they like to say.  When a special little girl enters their life, the bad guys force Logan and Xavier on the run as they now have X-23 with them.  She is a young female Wolverine with all the ferocity of an adult.  She rarely speaks but is good at getting her point across.  As they head North in an effort to meet up with other mutants making their way to Canada, a safe haven, they all "bond" and learn to rely on each other.  Along the way we learn Logan is being poisoned by the admantium inside him.  He doesn't heal as fast from wounds.  We also know the bad guys have been engineering children to raise as weapons or soldiers using DNA from Logan and other mutants.  Professor Xavier and Caliban dye during attacks by the bad guys.  Still the relationship shown between Xavier and Logan is very well presented and thought out. 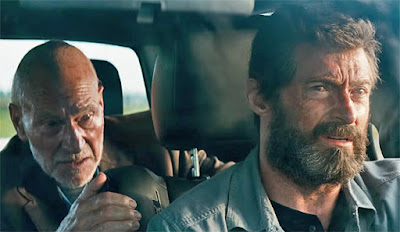 This all culminates in fight with the bad guys that involves other child mutants, Wolverine and X-23. While we don't see the other children showcase their skills to a great extent it does seem to foreshadow something bigger (maybe a future movie?).  Wolverine and X-23 take center stage as they take down the bad guys and save the day.  Unfortunately in doing so Logan dies.  X-23 and remaining children continue their journey to Canada as the movie ends. 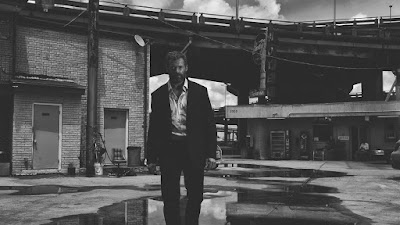 This is an excellent movie.  It is rated R so you must be ready for the violence and language that ensues.  That is where X-23 really shines.  The fight scenes are excellent and you really get a feeling for close hand fighting done by super powerful beings.  The tone of the movie seems right for what our heroes are facing and I think it sets up for a post Wolverine/Professor X centric X-world.  We'll see where it goes from here but hopefully it can build on this very good start.  If I had a negative, it is that you could probably shave about 20 minutes from the movie.  Pacing seemed slow a few times but I think this is probably trivial considering how well the movie is done.  This is based off the Old Man Logan comic books from Marvel.  I haven't read them all but they are of a similar vane as the movie though it is done differently.  If you like the X-Men movies, Wolverine, comics, or hero movies this is a must see.
Posted by Bulldog at 11:36 AM