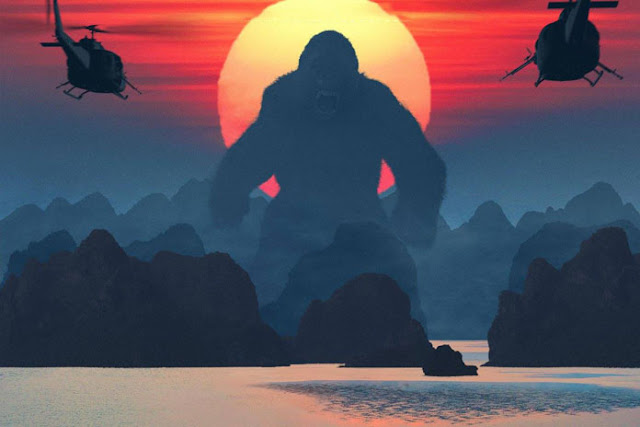 Saw Kong: Skull Island Thursday night and really enjoyed it.  It may not be perfect but it is entertaining.  My recollection from watching Godzilla from 2014 is a bit different from the review I actually did.  That movie suffered from a long build up prior to seeing some real action involving the real star of the movie, Godzilla.  King Kong didn't make the same mistake.  He makes an early appearance here and has quite a bit of screen time.  The basic plot isn't that far off past iterations but enough to give you something different to look forward to.  I won't go in to great detail but think this was a very entertaining movie.  I like the early 70's setting, the actors (especially John C. Reilly's character), and the action.  There is a bit of a lull midway thorough the movie but nothing that isn't overcome later.  Much better than Godzilla, another monster property I am big fan of.  Everyone should go see this movie if you are at all interested and I'd be curious to hear what you think. 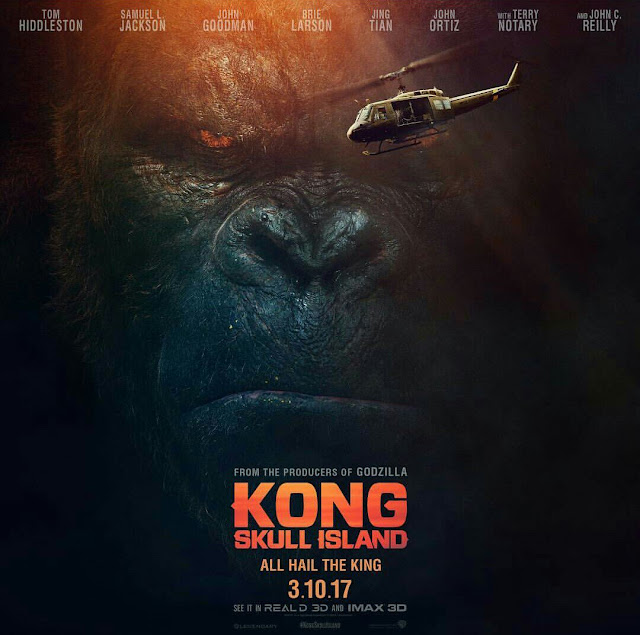