I am, for the most part, over the Super Bowl loss hangover dished out on my Falcons.  As you never know what the future holds for Atlanta or any team I picked up some new swag.  Above left  is a sweatshirt I purchased back in 2000 after the Falcons lost to Denver in the Super Bowl.  To the right is my new hoodie that showed up today commemorating last year's NFC Championship. 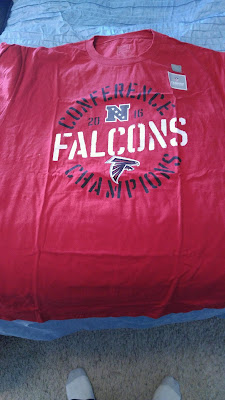 I also grabbed a t-shirt as well.  Again you just never know when these things will happen.  I waited almost 20 years for this one and it may never happen again.  Hard to believe that I know but there are plenty of teams who have waited longer.  Anyway I just wanted to show off some of my new, and old, gear. 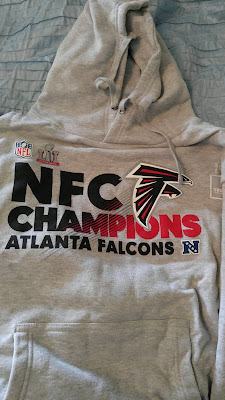 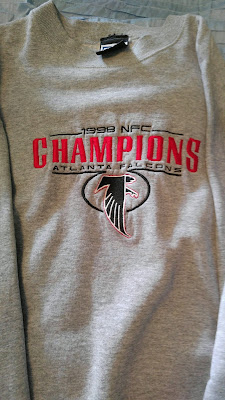