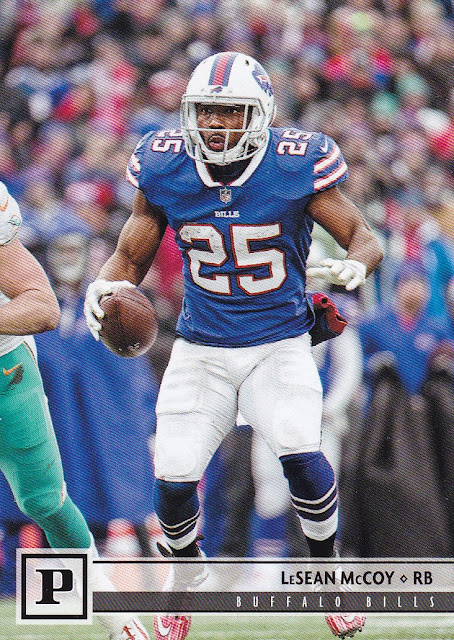 These 2018 Panini Football cards are pretty much duds for me.  While I like the fact that the photos take up most the vast majority of the card they just feel cheap.  They seem thin though at a second glance I doubt they are.  There is no gloss which isn't a requirement but might have helped.  I'm even OK with the bland design though I would have liked to have seen a team logo.  You also only get 20 cards per pack which seems low for this brand of football cards.

My pull wasn't the strongest but that didn't affect my thoughts on the set.  It just happens sometimes I know.  The backs were fine and I like the large team logo.

Those two on the left are Bronze Knight parallels.  The RC cards are printed on canvas stock which I like though they make the base cards feel that more blah.  The RC may also be SP going two per blaster box and 12 per fat pack box.

Only two inserts but I liked them both.  The Pillars of Excellence has a nice look while the Franchise Leaders gave me an Emmitt Smith and retired greats are always a plus in my book.  Overall I'm disappointed here and won't be searching these out.  I will say that if the number of cards in the pack were higher I'd be able to overlook the flaws and just enjoy more cards. As is I'll pass. 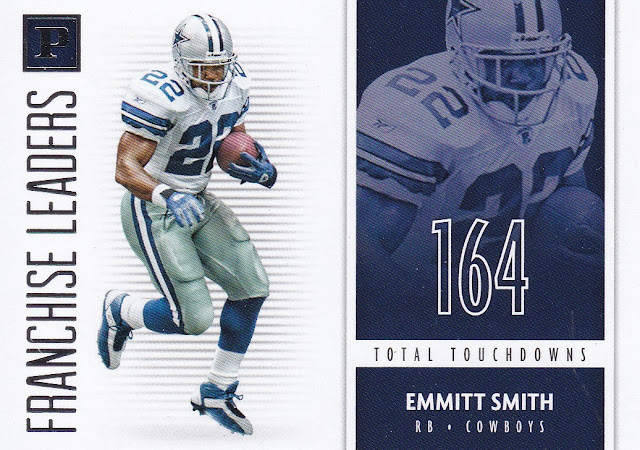