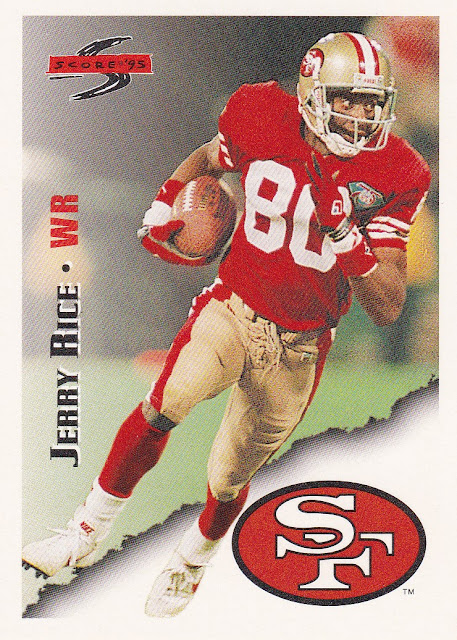 As part of this week's basement find was around 650 1995 Score Football cards.  Like the '95-'96 Fleer Ultra Basketball cards I have no idea where these came from.  I was not familiar with this set before now but I really like these cards.  The photos are sweet and I had a really tough time deciding on which one to lead with but settled on this Jerry Rice beauty. 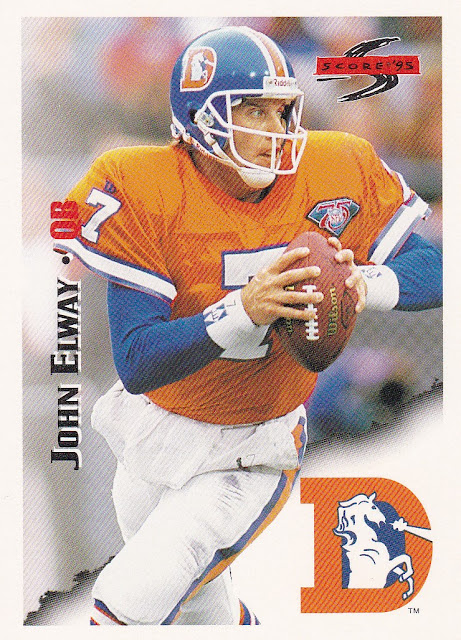 Elway is an all-time favorite and I really like the photo on this card.  The design is pretty simple letting the photos take up most of the card while still giving us a nice sized team logo. 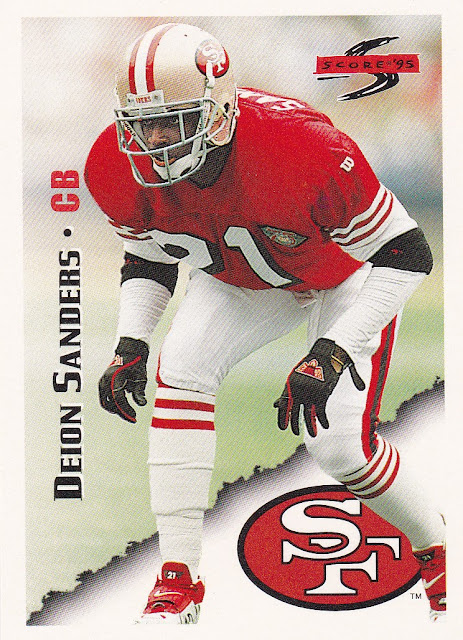 Again a great photo with this one being a classic pose of Deion.  Definitely my favorite card of his outside of hin wearing a Falcons uni.  This 49ers jersey is my favorite San Francisco jersey which helps. 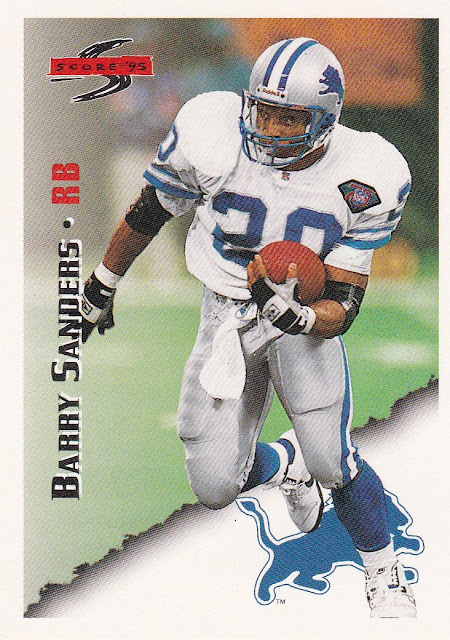 So much fun seeing all the all-time greats in this set.  Again the photos and design really do it for me.

These Star Struck are a subset of the base cards.  Not my favorites as the blank background is "meh" and the close up cropped photos at times made it tough to recognize who the player is.  These are a couple of the better examples.

The Pass Time cards are inserts.  They are shiny gold on the front.  Nice looking cards and the backs are just as good with an additional two photos.

The backs are great showcasing a new color photo and nice stats.  This Irvin and Deion is an example of many of the nice photos to be found on these backs.  Offense Inc is another another insert set which is pretty cool.  Plenty of rookies here with Warren Sapp being the most notable.

There are checklist cards for the Chase Program cards (inserts) and the base cards.  Both of these have really nice photos on the fronts which is a great bonus as opposed to standard checklists you find so often that have none.  The base card checklists are divided into NFC and AFC checklists with appropriate conference stars on the front.  I don't think I've ever seen that before.

Some of the stars of the day.  1994 was Sterling Sharpe's last season before injury cut his career short.  He was so great and an All-Pro in 5 of his 7 seasons.

Plenty of defensive greats from the era as well.

I really like how the players take up the majority of the card and photos really stand out.

Wait, what?  Bryan Cox arguing with a referee?  Love those creamsicle unis!  Great photo on that O.J. McDuffie Card.

These were such a great find.  I really enjoy these cards and it was so fun going through them all. 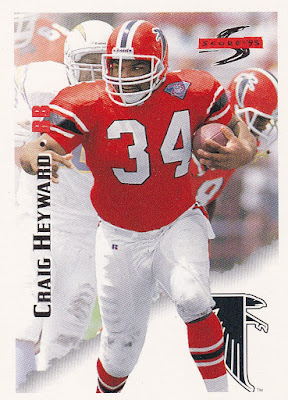 Greatest uni ever!  This was before the stringent helmet rules made it so hard to wear different color retro uniforms.  I so want to see the Falcons wear these again.  There were a few other cards to include subsets and inserts that had players wearing retro unis which is always fun.