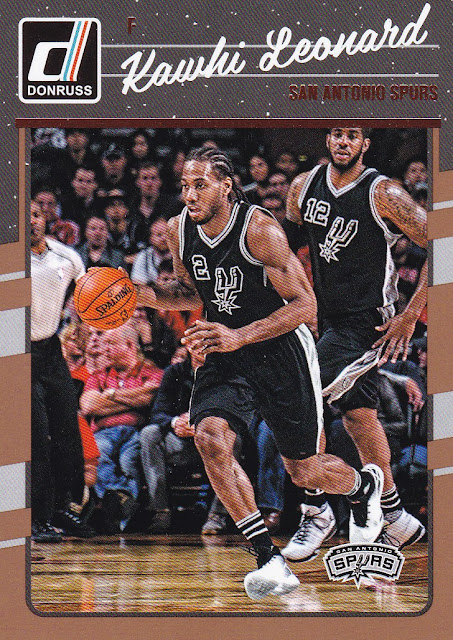 The NBA Finals could be decided tonight with Toronto holding a 3-1 series edge so this topical 2016-2017 Donruss basketball pack seems appropriate.  Kawhi was with the Spurs for this set but he is now on the verge of leading Toronto to their first title in franchise history.  I'm a huge Leonard guy and really hope they can close out the Warriors tonight...not saying I'm putting money on it but I'll be rooting for him and the Raptors. 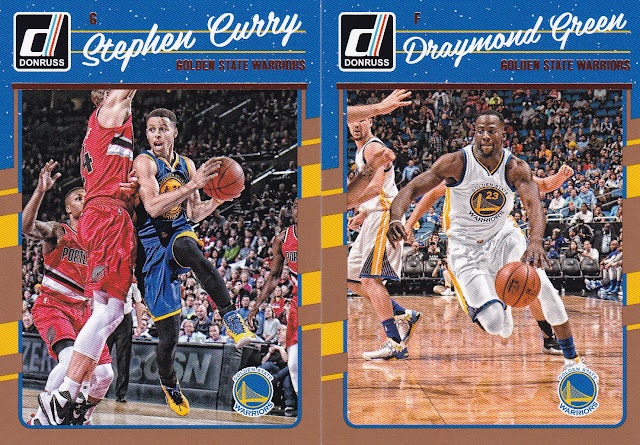 These guys need no introduction and will play a big part in whatever happens tonight.  You have to just enjoy watching the Warriors and how good they are.  They have hit a road bump against Toronto so far but I never count them out.

Embiid is always a good pull.  It'll be interesting to see what Brooklyn does this offseason and D'Angelo Russell will be a big part of that whether he stays or goes.  Aaron Gordon is a PC guy so another nice card though I'm not a big fan of those Orlando grey jerseys.  This pack yielded a great pull iand a lot of fun.

Nice Hall Kings of Benard King, one of the great scorers of the league.  I still remember watching him drop 60 on New Jersey on Christmas day so many years ago. 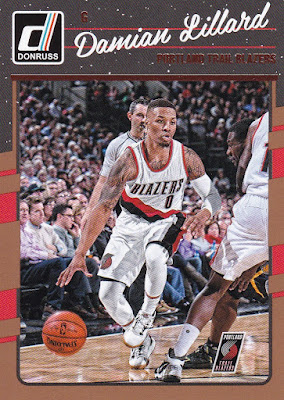 Damian Lillard should sign a max extension with the Trail Blazers this year.  I'm excited to see him continue to be the face of the franchise.  While Golden State had Portland's number, and his for that matter, Lillard is a great player and he is fun to watch in a Portland uniform.