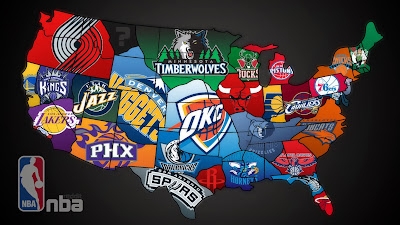 The NBA changed the Finals format for a 2-3-2 format to 2-2-1-1-1 this week.  Bill Simmons did a pretty good job of looking at the issues with the 2-3-2 format back in June.  I, for one, have always liked the 2-3-2 for the reason most don't.  It gives an edge, I'd say helps even the home court edge.  I think having the first two games at home is a huge advantage.

The team that has home court is the better team (record wise) so they should have it.  And if they are the better team then they should win the first two games thus making those three away not near as scary.  Yes that is easier said than done but a championship team should be able to win on the road.  If you are in The Finals then it shouldn't matter.  Simmons' article paints a somewhat different picture but if you can't win wherever the game is maybe you shouldn't be the champs.  This isn't like baseball where a player from your roster can just be dumped from your starting lineup ala American League teams travelling to National League ballparks.  I do understand the other side but I think the teams that complain are those that can't win the championship.

My NBA viewing started in the late 70's and I can't say this was an issue with me back in the day.  I'll be curious to see how I feel after a Finals or two in the new format.  Definitely not something that'll turn me off from watching but enough that I had to put something down on here.
Posted by Bulldog at 11:44 AM