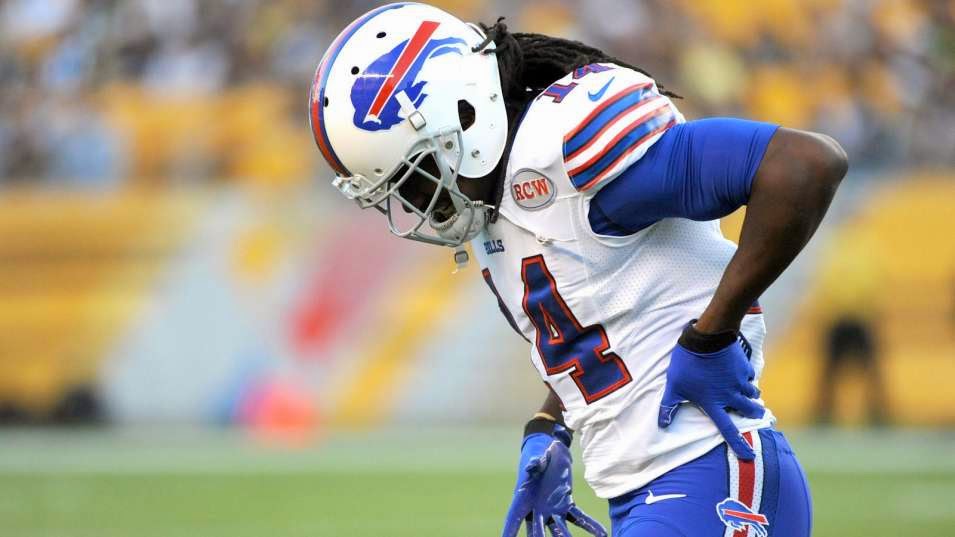 After a 6-10 2013 regular season the Buffalo Bills traded up in the first round to pick highly touted receiver Sammy Watkins to help EJ Manuel and the offense get better in the hopes that this year they could not only hit the .500 mark but also make a run at the playoffs.  This seems a bit optimistic to me but I've heard this in a few media outlets and previews.  I'm all about optimism but last year didn't leave me with much.

And why is that?  Rookie QB EJ Manuel hit 59% of his passes adding 11 touchdowns and 9 interceptions.  He had some moments but I did see two Bills games and didn't get that he was very comfortable in the pocket yet.  He either isn't reading the defenses yet or doesn't have a grasp on the offense.  Watkins and Mike Williams who the Bills received via trade along with tight end Scott Chandler does give Manuel a good receiving corps.  Add to that CJ Spiller and Fred Jackson who combined for 1800 yards rushing and I should be thinking this could be a good year.  The offensive line was also tinkered with so it too could be better than last year.  But then you see what Buffalo has done in the preseason this year and Manuel has looked horrible and Watkins has had to leave two games with a rib injury.  This could be bad.

When Buffalo moved up to take Manuel as the first quarterback in the draft two years ago it was a huge gamble.  Looks great it if works but if not they'll get roasted for not taking the more highly touted Geno Smith or addressing other needs.  It is still too early to say he won't work out, and I'm not going there, but this has to be a critical year for Manuel.  Buffalo had the 2nd best rushing attack in the league last year while the passing game (28th) and points scored (22nd) left a lot to be desired.  Manuel has to be a better passer this year or no matter what the Bills do elsewhere they'll be watching the playoffs from home...again. 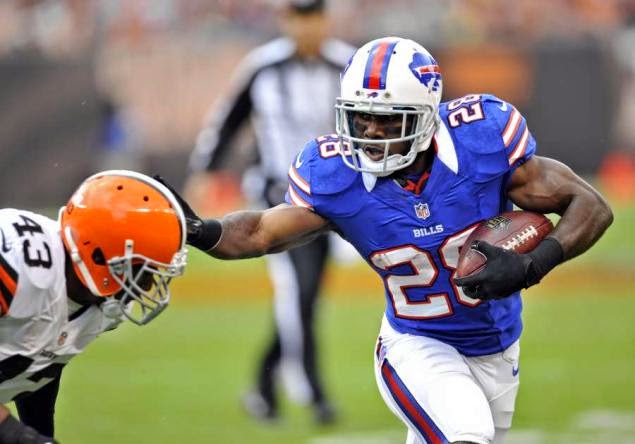 The defense definitely a bright spot - 10th in total defense, 4th in passing defense, 2nd in sacks, 2nd in interceptions.  They did have issues with their rush defense (28th) and giving up points (20th).  Pro-bowler safety Jairus Byrd left for New Orleans because his price was too high.  Still this team has good defenders in the secondary (Stephen Gilmore, Leodis McKelvin, Aaron Williams).  A decent linebacking corps took a big hit with Kiko Alonso out for the year.  Takeo Spikes does come over from the Patriots but I don't see much improvement here and Buffalo gave up 19 runs of 20 yards or more.  The defensive line, while great at chasing the quarterback, must do better at stopping the run.  If new defensive coordinator Jim Schwartz can't find an answer I'm not sure this defense will be able to control games on the ground.

I like coach Doug Marrone but this will be huge for him.  I'm sure the pressure by fans and the front office is huge.  Another 6-10 season will only bring bad things and with Buffalo trading away next year's first round pick there is no immediate superstar coming to save the day even if they get a top draft position.  There are some new coaches and hopefully between him and the new blood Buffalo can take a step ahead.  I think they 8 wins will be a stretch but it is doable.  If the running game stays true and Manuel can stay in there and hit his receivers this will be a good year.  I do think it is a bit much to expect the playoffs but with the drought reaching 14 years I too find myself getting pretty tired of watching other teams in the playoffs.